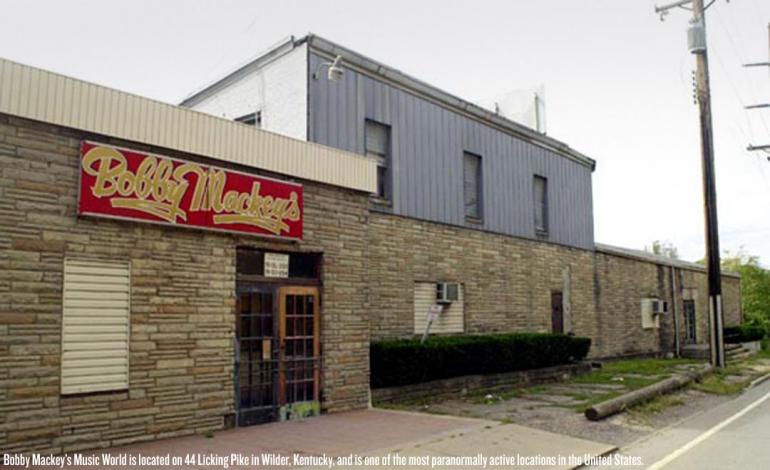 A perfectly reasonable biography on google for this location. However this building has an international reputation for being one of the most haunted places in the World. Throughout the years many tourists have flocked there eager to witness things being thrown by the angry spirits that reside there, or capture photographic evidence of Orbs.

In the same area as the club, there is a building which used to be used as a slaughterhouse back in 1850. It is said that when the slaughterhouse closed down, the building was then used for satanic rituals (According to many reports during these practises animals were killed and sometimes even people)

In 1896, the murder of a pregnant 22-year-old (Pearl Bryan) took place less than two miles from the slaughterhouse. It is said that Pearl and her partner wanted to abort the baby so decided to try and do it themselves, instead of going to a doctor. Sadly her partner and his friend (who was helping in the attempted abortions as well) didn’t have the knowledge on how to get rid of a baby.

Pearl died during the attempted operation, so to cover their tracks they surgically removed her head, and then chucked it in a field away from the body, so no one would be able to identify the body… They would have got away with it however the body still had her clothes on.

A couple of years later in the 1950s a dance girl who worked at Bobby Mackey’s ( Johanna) fell in love with a country singer who performed there ( Robert Randall) Johanna became pregnant and they planned to elope together, however upon hearing the news her father used his criminal connections to have Robert Randall killed,

Heartbroken by this, Johanna took her own life down in the clubs basement.

“Later that same year (1978), a young country singer named Bobby Mackey purchased the building and turned it into the music hall and tavern that still stands today. Paranormal phenomena have been present since day one.

Though Bobby himself is skeptical, he’ll admit that he doesn’t doubt the word of family members, employees, police officers, and patrons who have experienced strange activity. Both the clergy and psychics have tried to help, but a dark force still seems to linger.”

So with this history is it any wonder that it is one of the most haunted places in the World? Whilst doing research for this article I came across a list of some of the paranormal activity that happens or has been seen in the club.

There has been so much paranormal activity that I am unable to fit it all in this article!

Some still believe the building’s basement holds the gateway or portal to Hell itself—a reference to the long-abandoned slaughterhouse well.

~ Stairs near the well in the old slaughterhouse have been deemed “the stairs that lead to nowhere.” Phantom footsteps can often be heard on these stairs.

~ Some believe that spirits can’t cross flowing water, so the rare northern current of the Licking River may be keeping the dark forces trapped inside the building.

~ A former caretaker that lived in the apartment upstairs claims to have been demonically possessed by the spirits. His exorcism was performed in the club by a minister.

In 2008 the American Ghost Adventures team investigated this location, and didn’t leave the audience disappointed with the evidence they recorded.

Zac Bagans, Aron Goodwin, and Nick ( former Ghost Adventures Team member now ) Interviewed the owner Bobby Mackey as well as a staff member who even became possessed during his time working there ( In the G.A episode when they investigate the club, a clip of the possession is shown.)

During the episode Zac Bagans pointed out a sign which hangs above the entrance of the door.

The team faced many challenges whilst investigating Bobby Mackey’s, and were even scratched three times on the back, (which they document in the episode as it happens!)