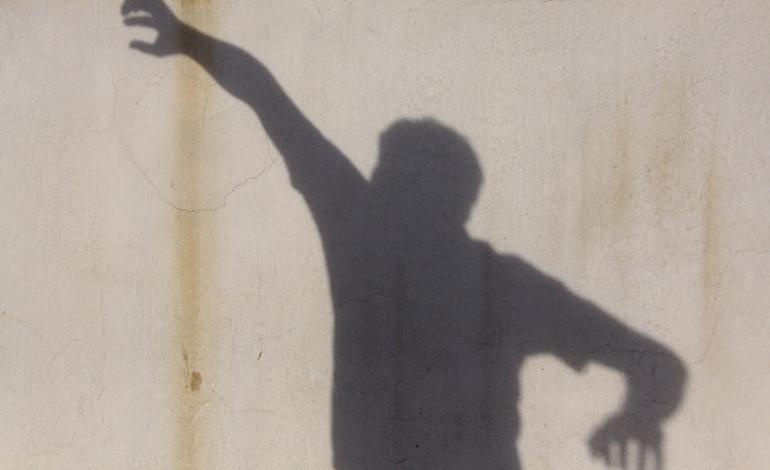 It is finally time for bed after enduring one of the worst days imaginable, a day where nothing went right. The storm the previous night knocked the power out causing you to sleep late. And when you went to get in the car you noticed the front passenger’s side tire was as flat as a pancake. When eventually arrived at work your boss was waiting for you, a scowl on his face as he warned you not to be late again, or else.

We have all had days like that. Days were life gives you the middle finger and mocks you inhumanely into humiliation. But, right now, it doesn’t matter anymore what the day was like; you successfully navigated the day from hell. It’s finally time for bed, time to lay your head on the cool side of the pillow as you drift off to much needed sleep.

Shortly after closing your eyes, you hear a strange sound. A sound you have never heard before. Your eyes are now fully open as you scan the room for the cause of the strange sound. As your brain tries to make sense of the noise you hear it again, this time it seemed closer and sounded like a weird mix of raspy breathing and talon-like nails scraping across the wall. What the hell is going on here?

Suddenly, you are gripped with an undeniable feeling of terror as a cold sweat forms from head to toe. You begin to question your sanity as the sensation of terror engulfs you. You know someone, or something, is in your room. You can sense their presence and hear the raspy breathing like the imperceptible intruder has been gargling with broken glass.

There is no denying it; something is with you, something terrible. Your first instinct is to scream and flee, but your scream is nothing more than a pitiful gurgle and your limbs are paralyzed. And then you see it, a swirling black mass is moving towards you and as quickly as it appeared it is on top of you, pressing your body into your bed. Your only thought at this point is, I’m going to die.

Sounds like some kind of cheesy horror film doesn’t it? Only if that was true. Thousands of people the world over report a very terrifying and similar experience that compels them to never want to close their eyes again for fear that the shadows will return and shatter their sanity.

Shadow people appear to be a hip, trendy field of inquiry in paranormal research. Numerous radio shows, books and TV shows that cater to people with an interest in the paranormal devote a lot of time on the subject of shadow people. And many of the reported experiences are just as terrifying as scenario I opened the article with.

Many researchers in the paranormal regard the Shadow People as being a relative newcomer to the world of anomalous phenomena. However, there is nothing new to this terror that comes in the night. There have been reports of shadowy beings throughout history and their intentions are anything but benevolent.

In medieval Europe, phenomena, was known as attacks by the Incubus and the Succubus. These shadowy demonic creatures would attack the good Christian soul as they slept. The Incubus, a male demon, would rape women in an attempt to impregnate them. And the Succubus, a female demon, would have her way with men, riding them until he was so exhausted he would be on the verge of death.

As Europeans crossed the Atlantic to the New World, they brought these stories of visitations by demonic entities with them. Those who endured such attacks believed they were being victimized by a witch or the Old Hag. The old hag was believed to be a woman in league with Lucifer and having an insatiable sexual appetite.

When considering such tales your first thought might be that these were ignorant, uneducated people held hostage by their own superstitions and limited understanding of the world around them. While that may be somewhat true, encounters with such beings have persisted into our 21st century world of high technology. Reports of these sinister beings are on the rise.

Those who encounter Shadow People all seem to report the same thing, which gives the impression these otherworldly beings are organized and enjoy scaring the hell out of people. Shadow people are described as a black mass that suddenly appears out of nowhere. The mass then takes the form of a large human being with no discernible features. However, a common feature that is reported are two red glowing orbs of light situated in the area of the face where the eyes are supposed to be.

If just the appearance of one of these beings is not frightening enough, shadow people have given the impression that they can read your mind and peer into your soul. Experiencers further describe the entity’s movements as being fast and somewhat disjointed- almost as if they are uncomfortable with the form they have taken. And their most unnerving quality, they bring with them a sense of dread and danger.

Researchers that have made these sinister creatures the focus of their investigations have several theories as to what these beings might be. Some believe shadow people are demons straight from the pit of hell. Others believe they are Tulpa, a Thoughtform from the folklore of Tibet. The Tulpa is an entity created from sheer will power and their purpose is vengeance. When their mission is completed they disappear back to the realm of human consciousness. However my favourite theory is truly out of this world.

Another theory concerning these mysterious and disturbing beings, they are believed to be some kind of interdimensional traveller. Those who accept this theory believe an alternate reality of darkness has overlapped with ours allowing these shadow people to come and go at will. This could explain why they appear to be shadows rather than solid figures. And lastly shadow people are alien visitors from another world sent to spy on us. Moving away from the fantastic we have to wonder what mainstream science has to say about shadow people.

Mainstream researchers tell us the human mind is conditioned to find familiar patterns in shadow and light, this is called paredolia. With paredolia your mind is literally playing tricks on you when light and shadow come together. I suppose this could explain why people who see shadow people say they see them from the corner of their eye. When they look at it dead on the shadow person vanishes.

Mainstream scientists further claim that night-time visitations of these shadow people can be blamed on sleep paralysis. Sleep paralysis occurs when the body awakes but the brain is still in an REM, dreaming, state. When sleep paralysis happens the person mistakes regular Shadows for aggressive, shadowy beings trying to attack them as they sleep. Researchers believe this hypnogogic state can last anywhere from a few seconds to several fear inducing minutes.

When I was 17, I had an experience with an aggressive shadow being during an investigation. I was wide awake and I have never used drugs. If it was not for my own encounter I might be inclined to accept the mainstream’s theory on the subject, however I know that shadow beings exist, and they are very frightening.