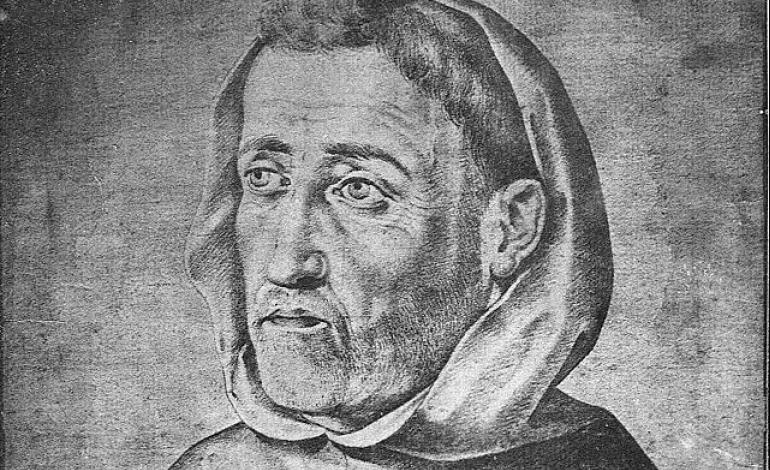 When I had the good fortune to study in Spain, part of my curriculum included a course on Spanish Renaissance and Baroque poetry. Many of the poets from that era chose to write on matters of spiritual and physical love, or the love of their surroundings and living in harmony with each other. One poet in particular caught my attention. His name was Fray Luis de León, an Augustinian friar who lived and wrote in 16th century Spain. As both a professor of scripture and a classical Latin scholar, he wrote professionally in Latin1 but saved Spanish for his personal and private life. He focused on the beauty and tranquility of nature, and the harmony of the universe which he felt deep in his soul when working in his garden.

And, there was another harmony he experienced – it was music. He delighted in the music of Francisco Salinas, a dear friend of his. He felt that Francisco’s music transported him to the divine source of all music,2 to the heavens, which was referred to at that time as ‘the music of the spheres’. I had never heard of this term before which is commonly known as celestial music. I thought the reference might have been a poetic construct devised as an expression of religious devotion. Or if it was actually real, then perhaps it was in reference to ecclesiastical music, written in praise of the divine. Or, it could have referred to choirs of angels who sung to the glory of God. It was anyone’s guess. It was only after several years had passed that I would have my own personal encounter with the ‘the music of spheres’, and it was an incredible revelation to find it was actually real.

When this happened, I don’t think that time and place had any influence on this event, except that I was ready to understand another aspect of reality often overlooked as we go through the repetitious tasks of our daily lives. We busy ourselves with jobs, taking care of family, or just trying to stay healthy. So, there seemed to be nothing remarkable happening at that time in my life to prepare me for the exposure to this other aspect of consciousness. It simply came out of nowhere to become one of those dreams that was NOT just a dream. It was an altered state of awareness that could only be compared to the word ‘rapture’.

It was one day around mid-June 1981 just before the summer solstice, that I had this wonderful experience. I woke up to find myself suspended out in the middle of the Universe! I was looking at the firmament laid out before me and was terrified and awestruck at the same time! There was no support beneath my feet so I was scared to death I’d fall. One can’t stand on nothingness, and I couldn’t figure out how I remained suspended in the vastness of space. I heard no voices, but as panic set in, something urged me to look straight ahead at the awe-inspiring scene below, deflecting my attention from the fear of falling. With no other option, I stopped resisting and followed the silent suggestion, focusing my attention on the solar system laid out before me.

To my right, just behind my shoulder were 2 or 3 beings. I couldn’t see them but I knew they were there and that they were very tall, somewhere between 20 or 30 feet high. In outer space, it would difficult to determine specific dimensions with nothing available, except me, for comparison. But since they were behind me, I couldn’t see them. I could only feel their presence and knew they were immense. Most likely, they were what would be called light beings because they were not of any physical substance yet they were there nonetheless, giving me guidance.

As my focus switched from the fear of falling to gazing at the solar system, I saw many planets before me. From my vantage point, the sun was at my back and the scene was the vastness of space where our solar system rested in a soft luminescence that dissipated with the distance, fading from deep blue to black. And at the fringe of this spacescape was a darkness that was peppered with thousands and thousands of sparkling little lights. Only then did I become aware of the tones.

The tones came from an unearthly source. They weren’t human voices but rather vibrations that came from a choir of unseen beings. Their beautiful music was sung in a quick rhythm, similar to triple-tonguing performed on a wind instrument. Even though the tones were only vibrations, those sounds equated to words that I understood. It was a chorus that repeated itself 3 times, and the words in the tones were, “The Earth is married to the Sun, the Moon and the Stars.” And as I understood the words, the message in the words became clear, that ‘everything is connected – everything is related’. Even as insignificant as I felt suspended out in the middle of the Universe, I knew that I, too, was a part of everything. Even though I felt like the only human being in outer space, I was in fact, not alone. The feeling of elation was indescribable. I was being shown the Universe and given a very important message.

In the telling, I can understand how a simple story such as this wouldn’t seem wondrous enough to elicit such a response, but the magnitude of the experience was great and its effect on me was profound. I was so deeply affected that I could only explain it as sheer joy or rapture. Once the message was imparted and understood, I woke up to find myself in my Denver bedroom, on a sunny spring morning listening to the chirping birds from the open windows. I couldn’t understand how I was just in outer space, but I was. What I heard could only be described as celestial music. Although I can’t explain the experience, the joy it brought was overwhelming.

That day, I went off to work as usual, and lived with that indescribable feeling for about two more days. Since that time, I’ve read other testimonies by people who have heard celestial music just as I have, so I’m not alone. It’s unclear whether or not Fray Luis de León ever did hear the music of the spheres himself, but he certainly wrote about it coming from a divine source. Not that I understood what happened that day in June, but I now know what Fray Luis wrote about back in the 16th century because I experienced it firsthand.