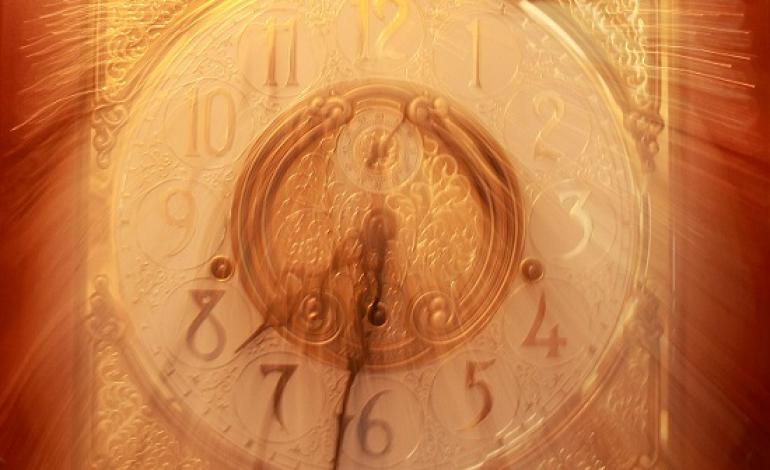 As human beings, we thrive on establishing a connection with someone. Whether it’s through friendships, romance, or brief and random encounters with strangers, there is a common thread that attracts us to the other person to make us want to talk to them. Usually, the other person possesses a familiar trait such as an outfit, a book, words, or words, thus making us more comfortable to continue a conversation and get to know the other person. Does this same etiquette go away after death or does it continue to resonate?

During my time as a paranormal researcher and investigator, I’ve had interesting experiences interacting with both the unconscious and conscious spirit. When it comes to the unconscious, usually it is a residual energy that plays itself over and over like a record player and is seldom late for their cue in manifestation in different forms. Those forms could be knocks, full body apparitions, noises, etc. whichever made the most memorable impact in creating that energy imprint. But then we have the conscious spirit, otherwise known as the spirit that is aware. You ask a question and they can answer. They have identities, backstories, and they are alive as ever despite not having a physical body to exist in.

There have been a plethora of investigative techniques that have revolved around engaging with the conscious spirit. Trigger objects and reenactments have been used to initiate conversation, based on the idea that you want to introduce something familiar to the spirit. There is a lot of evidence to support the idea that using the context of the deceased is the best way to establish communication because it is familiar and makes you identifiable as another fellow person rather than an “other” or an outsider…because who wants to talk to an outsider? The longer I have been using contextual methods to establish communication, the more I wonder how much of it is needed after the conversation has started.

When we die, are we stuck in a time loop where we see our exterior environment only in the time period in which we lived? If we believe in conscious spirits who are aware of their surroundings, then wouldn’t they see that time has been progressing and that it is now the 21st century and 2015? Wouldn’t they have picked up knowledge throughout their time in the afterlife, and therefore not need a contextual approach in order to initiate a conversation?

This is where I struggle with the concept of ghost hunting and paranormal investigation. If we are talking to spirits who are aware of the world around them, then is it possible that they have spent their time in the afterlife gaining infinite knowledge? Couldn’t we speak to them knowing that they know very much what a K2 meter is or what a spirit box is supposed to do? No longer would we say, “Go talk to the little red light” or have to demonstrate what our equipment does. If these ghosts have gained knowledge, and given how popular paranormal investigation has become and how many ghost hunters are engaging in some sort of conversation, then shouldn’t the ghosts already know what these devices do?

Those of us in the field, or anyone for that matter, have never died and come back to tell the tale with absolute certainty. Maybe we stay in a cloud where we are surrounded by familiar environments for comfort for a few centuries before embarking into our next life or crossing over. Maybe crossing over is in fact starting our next life, for those of you who believe in reincarnation. I won’t know until my own death comes along, but there is a nagging feeling that death is much like sleeping and it’s just a black void where everything is just over. But then we have the overwhelming amount of stories from people who have had experiences with those who have passed. And it warrants thousands of investigations each year as ghost hunters and researchers try to find proof of the afterlife along with the quest to find the best way to communicate with the dead.

In my own investigations, I feel that it can almost be an insult to speak to the deceased like they don’t know that it’s the year 2015. One of the most remarkable experiences I had was in the sick back of the USS Hornet in 2012 where I laid on the bed and talked to the ghosts and told them about my own grandfather and how he served in the US Army and was Japanese. I still asked them a contextual question, but I didn’t try to reenact a situation where the USS Hornet would have been battling the Japanese during World War II. As I talked for about 10 minutes, my investigator companion and I saw these green lights float about the sick bay. It was the most remarkable experience, as I was seeing it right in front of me as opposed to my peripheral vision. We turned the lights on in an attempt to try to find a light source and something to explain the occurrence. There was nothing. We turned the lights off again and the green anomalies came back. Perhaps I struck a chord with the ghosts by telling them about my own connection to Japan and World War II? I don’t know exactly what happened, but I didn’t speak to the ghosts as if I was in their time period. Instead, I just talked and told my own story and perspective.

But again, there have been people who have had remarkable experiences by reenacting the deceased’s life and context. Words from the deceased’s time period seems to hold a special sort of light that has the spirit in active communication. Again, if we keep our consciousness and awareness into death, then shouldn’t we be able to have productive communication that transcends time and the evolution of societies? To be able to sit down in a conversation with a Civil War soldier without having to wear clothing from the time period and be able to use words from today as opposed to language of the past, would be ideal. But in reality, if a time traveler from the same time period were to come to us today, we would find ourselves in a situation where we would have to use a contextual approach in order to establish trust before attempting a more detailed form of communication. And perhaps that is the reason to bring about the contextual approach. Building that trust will ensure (hopefully) a more productive conversation, but I don’t feel that maintaining the context is necessary to continue the conversation. We are usually more appreciative and trusting of the person who took the time to learn about us before asking us of our time. I suppose those same gestures still matter after death.

From these experiences and recounts, it is clear that there isn’t just one way to investigate the paranormal. There isn’t a clear cut way to establish spirit communication that will work for every researcher or spirit. Just as we are all different in life, I’m sure those differences and unique traits transfer over to the afterlife, it if indeed exists.