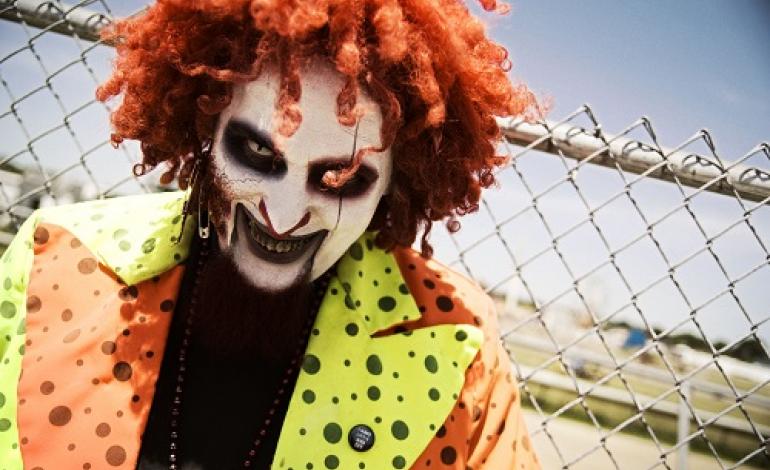 Even when there is no evil intent, some individuals can quite innocently precipitate demonic forces. There have been cases in the movie industry for example when various members of the cast and crew of more than one supernatural film have experienced periods of extreme misfortune, and on several occasions even death! Although there was no tangible evidence to support everyone’s suspicions, a cloud of superstition was cast upon each and everyone involved, sufficiently to leave no doubts whatsoever in the producers’ minds that the films were in some way ‘cursed’. Although all the stars involved were simply acting out their individual parts in the movies, they were implicated simply by association, and the fear that obviously spread through the minds of everyone working on the films, was all that was needed to empower the mysterious force even more. Once it is acknowledged that evil power is at work, the psychological portal is somehow pulled wide open and the force everyone fears becomes a potent reality.

The very first Poltergeist production, filmed in 1982, appeared to fall under the curse of evil, and saw the untimely deaths of five individuals. The first to succumb to the curse was Heather O’Rourke, the young girl who played the leading part in the film. In the production Heather became the focus of a poltergeist that brought terror to the family and threatened the little girl’s life. Although Heather O’Rourke had been plagued by poor health in real life; she suffered a heart attack and died at the age of 12, at the very conclusion of filming Poltergeist 3. Although extremely sad, one would have thought that there was nothing suspicious in this. However, this was the beginning of a huge urban legend that allegedly began with the fact that real skeletons were used in the film as opposed to studio props. This is believed to have freaked actress Jo Beth Williams, who played Heather O’Rourke’s mother in the film.

The next person’s life to allegedly be claimed by the curse was actress Dominique Dunne, who played Dana Freeling in the film, Heather O’Rourke’s older sister. She was strangled by John Thomas Sweeney, her 22 year old boyfriend and died in hospital.

Sixty-seven year old Louis Byron, acting name ‘Lou Perryman’ had worked as one of the crew on Chainsaw Massacre 2, but later became an actor and starred in Poltergeist. After finishing in Poltergeist, as a result of some grievance, he was slaughtered by Seth Christopher Tatum who hit him several times with an axe.

Julian Beck who played the ‘Bad Spirit’ in Poltergeist 2 died of stomach cancer at the age of 60 on its conclusion. Will Sampson who played the ‘Good Spirit’ in Poltergeist 2 died at the age of 53 with complications after a heart and lung transplant. Although the deaths of these people could well have been coincidental, the urban legend quickly took hold and became firmly embedded in the consciousness of the film industry, and today still lives on.

Another supernatural epic to have seemingly fallen prey to a mystery evil curse was The Exorcist. Director, Jack McGowan had just wrapped up filming and collapsed and died of a massive heart attack. McGowan is reported to have called to one of the crew working overhead, ‘You could die up there!’ And he was correct; the man in question had an accident on set and died of his injuries.

Also during the making of The Exorcist many of the cast began to exhibit strange behaviour, such as breaking into hysterics, spontaneous vomiting and fainting. An unexplained fire also broke out on the film set when there was nobody there. At least two people died of heart attacks at the film’s premier, and when it was first screened in cinemas, there were many reports of some audience members being sick and even dying suddenly of heart attacks.

A sceptic would no doubt dismiss the suggestion that a ‘curse’ had been cast upon these films, and thus affirm that the occurrences were all coincidental. As an ideal marketing tool to sensationalise the stories and increase box office revenue, the film moguls may also have seized the opportunity to create a publicity campaign around the misfortunes of those involved. The deaths and misfortunes of those connected to the films may well have been coincidental, but why did so many deaths occur during the making of the cult movies, giving rise to the urban legends?

Although not in the same context as the curses of the movie industry, it still illustrates exactly how evil can spread by association, and how one individual can create such a powerful force that affects even the innocent who come into contact with its perpetrator. Aleister Crowley was a prime example of a human purveyor of evil. Born Edward Alexander Crowley at 36 Clarendon Square, Royal Leamington Spa,Warwickshire, England on the 12th October 1975. In 1896 Crowley became interested in Occultism, Alchemy and mysticism, which led him to become one of the world’s leading Occult practitioners. He became known as the ‘World’s wickedest man’ and also ‘The Great Beast!’, labels that Crowley lived up to until his death in veritable poverty at the age of 72 in a boarding house in Hastings, England. Crowley’s recreational drug use caused him to eventually become addicted to Heroin. He had once been prescribed Morphine for his Asthma and it is believed to have been this that began his drug experimentation. Crowley experimented with the hallucinogen, Mescaline, also cocaine, morphine and heroin, and it is believed that he introduced the English writer, Aldous Huxley, to mescaline when they were in Germany together.

Aleister Crowley died of a respiratory infection, and it is said that because his personal physician refused to continue his prescription for opiates that he put a curse on him. Whether or not this true, they did die within hours of each other.

It has always been suggested by some that Aleister Crowley was greatly misunderstood and that he was a man born out of his time. Others affirm that although Crowley was a genius, he was also the most evil man ever to have lived. I am quite certain that this latter statement is a little too harsh and more than likely far from the truth. Nonetheless, although a great mystery surrounds the life of Aleister Crowley, he has a greater number of devotees today in death than when he was actually alive; proving beyond a shadow of doubt that, good or evil, his legacy still lives on.

It is quite easy to see just how someone like Aleister Crowley was misunderstood, especially with his interest and involvement in the occult and other mystical traditions. The occult and all related subjects were frowned upon anyway by the majority of people in the late nineteenth and early twentieth centuries, and viewed by all those who did not fully understand the subjects with some fear and disdain. This fear of the occult, mostly created by the church, necessitated a more secret approach to the activity of its practitioners and merely made the whole concept of mysticism more furtive. This meant that the occult was viewed with trepidation, thus creating a widespread resentment where society as a whole was concerned. Today, however, the occult and mysticism do not have quite the same connotations as they had in previous years, and today such subjects are widely popular and have attracted a great deal of interest. Nonetheless, there is today a minority who distort and prostitute the knowledge they possess, once again bringing the whole subject into disrepute.

It is this minority of practitioners who delight in certain evil practises, and whose exploitation of occult knowledge help to create the powerful evil force that is released into the atmosphere and which infiltrates all aspects of everyday community life. An evil force is always seeking minds for the gratification of its activity and power; and it is the power of this force that contributes to and is mostly responsible for the heinous atrocities and horrific acts of violence exhibited in the world today. The power of mystical knowledge is solely dependent upon its possessor, and can either be used for the good and the spiritual evolution of mankind, or distorted to manipulate and control the minds of others. As difficult as it might be to believe, there are individuals in this world who prefer to worship in the dark as opposed to worship in the light, and who regard the more satanic ritual as the highest form of worship. We could perhaps understand it much more if the worshippers of such power suffered from a psychological disorder; although this is sometimes the case, many of those who prefer to worship the darker forces are psychologically sound, highly intelligent and some even hold important professional positions in society.

This fact is a great concern and merely reflects a deep deterioration in the moral and spiritual fabric of the world today. As I have already discussed, even acting out a part in a film with an underlying supernatural theme, can in many ways make the participants of the drama extremely susceptible to the negative power of the force created by the actual story itself. This might sound like something from the pages of a science fiction horror story, but there is far too much evidence to support this theory, as in the cases I have mentioned previously with such films as Poltergeist and The Omen. It is very possible to create something from nothing, and evil is perhaps the easiest force even innocently to call upon.

Always keep evil in sight, but never walk in its shadow!