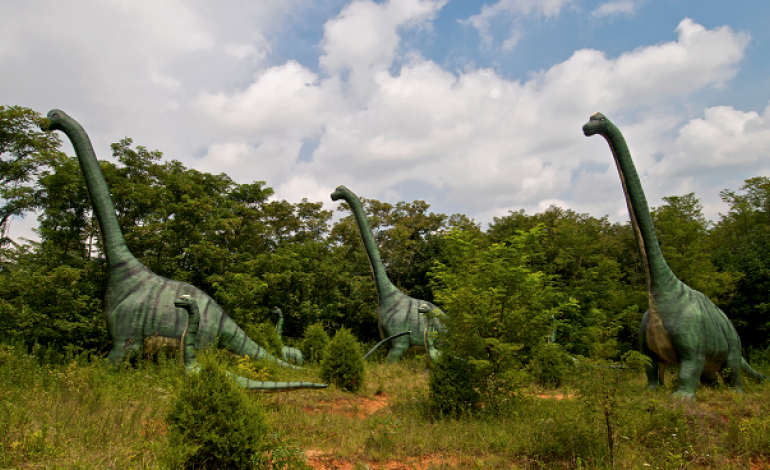 When it comes to dinosaurs, I’m just a big kid. If there is a show or documentary on TV featuring the ancient giants, I will drop any everything I’m doing and watch till my heart’s content.

Since childhood we’ve been taught that over 65 million years ago a great catastrophe completely wiped out the dinosaurs, making way for the rise of mammals than us. The most common theory being that of a giant asteroid striking the earth causing a nuclear winter that blotted out the sun for centuries. Others believe the dinosaurs fell victim to a virus. Whatever the case may be dinosaurs are all dead. Or are they?

I know that some people might read that question and scoff at it. After all you don’t see any dinosaurs running around. However the people of the Congo region of Africa reported seeing strange creatures that closely resemble dinosaurs.

When European explorers first penetrated the dark forests of The Congo in 1776, the heard tales from the natives of a great, and deadly beasts that inhabited Lake Tele and the surrounding swamps. Needless to say the explorers were fascinated.

The creature the native’s described was almost too good to be true. They described a beast as big as an elephant, a long snake-like head and a long tail that could kill a dozen men with one flick of its massive tail. The natives called the beast Mokele Member a Lingala word meaning, “He who stops the flow of rivers.” The beast was so named this because it was known to lay across rivers stopping the flow of the waters.” Not familiar with the animal, the explorers set out to find out. Unfortunately they found nothing.

Not to long after the stories of a so-called living dinosaur reached the scientific community a number of expeditions were mounted to search for the animal. And again nothing was found. Except for a group of Jesuit priests in the 1800s who claimed to have seen it. When they reported to the king what they saw the search for the creature was reborn.

One of the intrepid explorers, Richard Aloysius Smith an Englishman was determined to find the beast. In 1870, the brave young man headed to Africa in the hopes of bagging the elusive Mokele Member. As most stories of thos nature, And like many expeditions before him Smith found nothing. He did however come home with a life threatening case of malaria.

As the twentieth century dawned, people lost interest in a living dinosaur. But not all. Shortly before World War 1 Germany’s Kaiser Wilhelm, fascinated by dinosaurs, sent his most loyal military commander, Captain Freiher Von Lausnitz. The German captain claims to have caught sight of the creature at a distance of 200 feet but lost sight of it when it lumbered back into the forest.

In 1976, an American herpetologist made the journey into the Congo in search of the creature. Upon meeting with the natives and showing pictures of dinosaurs , the natives picked out a Diplodacus, a plant eating dinosaur that died out with the great extinction.

Before he left the natives have him a stern warning not to eat the creature. In 1950, a group of hunters captured one of the creatures and cut it up for dinner. After eating the meat 50 men, women and children became violently some dying.

Undeterred by the story, the herpetologist and his team made their way to Lake Tele in search of the elusive animal. When they got to Lake Tele, the man’s gear began to break down due to the high humidity. Another expedition bites the dust

I recently read an article that said only 10% of animals has been discovered. That means that 90% of the animal kingdom goes undiscovered. Keeping this in mind, maybe in the vast forest some unknown creature, thought to be gone forever may finally be captured