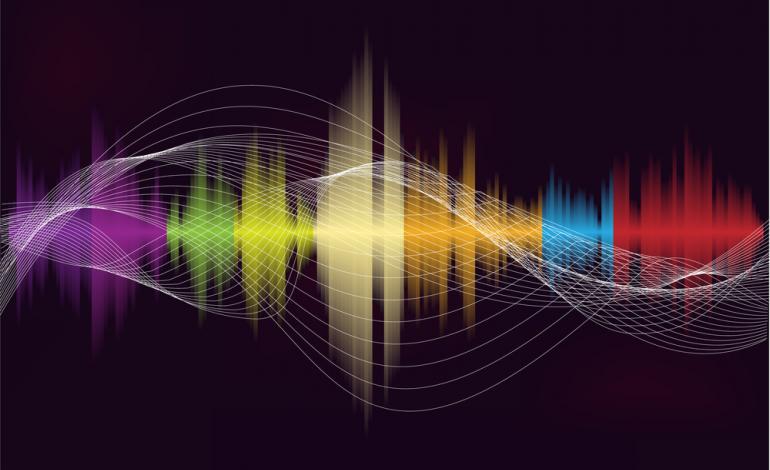 The back story is always so important to what motivates us into writing or exploring. You see, my husband is a very gifted musician who frequently records in our home studio and the film is regularly practicing his music. Strumming guitars, tuning the ukulele, tinkering on the ivory keys, or utilizing today’s modern technology for more digital techno sounds is often the soundtrack in our home. Our firstborn, a very intuitive young man, has always taken fondly to the music in our life. He is a natural born Eric Clapton fan and prefers Spanish guitar and even plays a bit himself at the young age of just three years old. Hearing issues, rather inner ear issues, are genetically frequent and both my husband and my side of the family so having our children tested for healthy ears has always been a priority when visiting the doctor. Despite my husband being born deaf and struggling to hear for the first seven months of his life, our firstborn had perfect hearing. So this is where we began to become perplexed with our son’s aversion to certain life experiences and songs.

Despite his love for trains, planes, and automobiles, as an infant he responded negatively to airplanes in the sky. Before anyone could ever spot the spec in the clouds, our son would be screaming in the fetal position only to have everyone else learn an airplane was on the horizon a few minutes later. He loved to listen to music through headphones and would dance happily until certain songs seemed to trigger a terror. My husband recently wrote a media soundtrack for the European space station and we were quite fond of sharing it with friends and family until our son had his meltdown. Usually, we would hand the headphones to the listener and they would enjoy the modern space like music and smile. One day, with a group of people in our home, we played the song over the loudspeaker. Our son began to scream. Instantly crying, limp on the floor curled up in the fetal position once again, hanging his hands against his ears screaming for us to turn it off. We were all absolutely dumbfounded because the music was not loud and he had not had this reaction since being a young infant. We assumed an airplane must be overhead and waited. We consoled our son and let it pass. Within the following months his language and communication boomed and some of his unique behaviors could be explained. He was recollecting his night terrors, describing his monsters in the closet, and could describe his love for cooking and trains down to the details.

My husband then created a new series of music soundtracks for the upcoming Terry Brooks release of a Shannara series television show. The songs were deeply haunting and very epic with a modern sci-fi feel. During Christmas holiday, again in a room full of people, we eat fish only played the new music over the loudspeaker. Only a few seconds after pressing play did our eldest son scream bloody murder. Once again, falling to the floor and banging his hands over his ears. “Stop, stop, turn it off! It’s scary!” His reaction was not just fearful but instead complete terror. Everyone stared at each other with wide eyes as his behavior was terrifying and odd. Moments after ceasing the music he was once again happily playing with his trains. Now at this point in the story some individuals might be wondering if my son is autistic. He is not. By all popular standards and charts my three-year-old is quite average though I like to believe he is supremely special. He is struggling with potty training, loves to help cook and clean, has his own life preferences and physically speaking is a very healthy and well-rounded three-year-old. The psychologist in me however was baffled. I could not let it go and spent all night exploring scientific articles about the terror response. Then, I found it.

As a forensic psychologist, someone who has spent the last five years learning about behavioral profiling and specializing in interviewing and interrogation techniques, was ashamed I had not heard of it before. If I had, it had not ingrained itself into my memory. I had been reading copious amounts of Gen. Miller and his reports of interrogation techniques and never come across the fear frequency. Cultural interrogation, the reports from Abu Ghraib, Guantanamo Bay case files, and nothing about the use of infra sound and its occasional effect on unsuspecting victims. Those unique individuals, a small part of the population, who are extra sensitive to infrasound. Infrasound, sometimes referred to as low-frequency sound, is sound that is lower in frequency than 20 Hz (hertz) or cycles per second, the “normal” limit of human hearing. Discovery Channel’s Myth busters and even national geographic had run specials about infra sound and its correlation to individuals who deem a certain space haunted and briefly I remembered that little confirmation is found in such experiments. Eastern State penitentiary, and large catacombs of stone or limestone structures are sometimes said to radiate low-frequency sounds that create the ominous sense of dread or unease for those walking the area. However, for those who are affected the result can be extremely traumatic.

With no definitive evidence supporting that low frequencies reliably make people terrified, some scientific journals and my own personal experience would suggest otherwise. Still, infrasound (19 Hz) is inserted into the soundtracks of most horror movies to invoke fear and dread and now I am in the loop that military personnel do indeed use it as a weapon. There are even some fun stories to read online about the 1980s engineer Vic Tandy and how he discovered the link between a broken fan in his laboratory and rumors of the department being haunted. His continued experimentation on low-frequency waves added further evidential weight to his theory that infrasound indeed induces negative feelings to those in the surrounding environment. Adding also that large predators, specifically the Tiger, roars at a frequency of about 18 Hz which is thought to paralyze intended victims. I will admit there is a slight curiosity that motivates me to want to extend these experiments into my own home and truly discover if my three-year-old is uniquely sensitive to low frequencies. Perhaps his night terrors and feelings of fear could be justified by a low frequency somewhere in the apartment building; the ventilation system, the metal plant nearby, the river dam and its barges just outside the building. The truth is, when you are experiencing true terror or witnessing someone you love fall victim to the paralysis that real dread can bring it is something horrible to encounter. The dilated pupils, the involuntary shaking, the whimpers of a young child responding to something that is clearly fearful but that you and others are not experiencing. When you can’t experience the stimulus, you don’t see the monsters, it is hard to combat or help the situation. This past Christmas I felt a sense of relief. Perhaps you believe you have seen a ghost or feel a haunting presence, perhaps it is the presence of a low frequency vibration creating an instant dread. Maybe you are also sensitive to the fear frequency said to be the sound of fear itself.

With so much to be said about this concept and so little space or time to write out all my thoughts, I recently called up my friend and audio mentor, Mr. Michael Esposito. Not only does Michael specialize in noise-sound music but also in all things frequency and his interview was more than enlightening. Other links that explore the induction of dread and terror: http://io9.gizmodo.com/5851559/nine-substances-and-one-sound-that-can-induce-fear-anxiety-and-dread