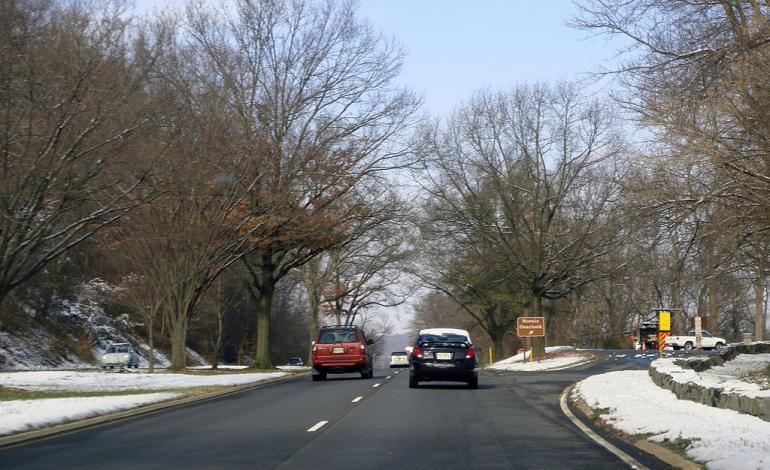 It is generally believed by those in the paranormal field that if you build a structure on sacred Native American ground a haunting will inevitably occur. Usually, I’m sceptical concerning this belief only because if that were the case, every house, road and place of business would be haunted by the spirits of long dead Native Americans. However, there are a few places that live up to these supernatural criteria. One such place is a road so haunted that even the State police would dare to tread, our last stop on our road trip into the unknown, Henrico County, Virginia’s Pocahontas Parkway.

Before the construction of the parkway and its tollbooth, archaeologists from The College of William and Mary discovered a treasure trove of artefacts. Upon further investigation, researchers determined that the artefacts were well over 6000 years old and belonged to the local Powhatan and Arrohatak tribes. Generally such a find would make people think twice about placing a structure on such an important historic location. Unfortunately this did not stop the State of Virginia.

Not too long after the completion of the tollbooth in 2002, strange activity was reported in and around the Parkway. A truck driver reported to the local State troopers, that late one night as he slowed to approach the tollbooth he witnessed a strange sight. He reported what he described as 3 Native American warriors standing in the middle of the road holding torches. He said they looked as if they were searching for something and as he came closer he watched in amazement as the warriors vanished before his eyes.

After the truckers sighting of the spectral warriors other drivers, tollbooth operators and Virginia State Troopers reported seeing the misty figures of Native Americans wondering on the side of the road. On many occasions drivers have called law enforcement to the area reporting the sound of drumming. Upon investigation nothing is found.

Although most of the haunting appears to occur on the road leading up to the toll booth, a few toll operators have reported flickering lights and moving objects in the plaza. One employee was so afraid of the paranormal activity he walked off the job on his very first day.

The reports of ghostly activity have been so numerous that it prompted a county spokesperson to make an official statement concerning the parkway. The Spokesperson was quoted as saying that the noises and sightings of Native warriors in around the toll plaza was something they could not explain. To the State of Virginia the Pocahontas Parkway was indeed haunted.

In just a few months thousands of Americans will be traveling the highways and roads of North America, making their way to the many tourist attractions that dot this nation. Many will find their way with nothing more than the typical occurrences, however, some will discover just how haunted our great country truly is.