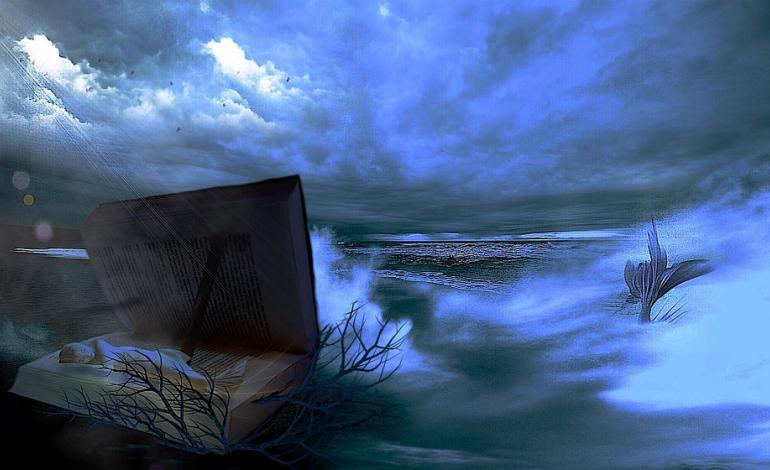 What do you think when you hear the word Mermaid? A mythical creature who is half woman and half fish, but can grow legs and walk into New York City undetected? Or a beautiful woman (They were referred back then as Sirens) who lured sailors with her singing, and then dragged them to their death and ate them?

“The Nymphs are female creatures from Greek mythology. They are connected with nature, very beautiful and, in some of the stories daughters of gods. They appear in Greek and Latin myths. There are many types of nymphs. Water nymphs are sometimes considered as mermaids.”

“Bunyip is a mythological creature from aboriginal stories in Australia. It is large, strong, lives in water and prays on people and other animals. Those stories were first recorded in the 19th century.”

One of the most recent accounts of a Mermaid sighting was in the town of Kiryat Yam, Israeli. “Locals and tourists in the Israeli town of Kiryat Yam have been flocking to the coast in hopes of glimpsing a creature that most people believe only exists in fairy tales.

An alleged mermaid, said to resemble a cross between a fish and a young girl, only appears at sunset. It performs a few tricks for onlookers before disappearing for the night.

One of the first people to see the creature Shlomo Cohen, said, “I was with friends when suddenly we saw a woman lying on the sand in a weird way. At first I thought she was just another sunbather, but when we approached she jumped into the water and disappeared. We were all in shock because we saw she had a tail.”

“Probably the most famous of the mermaid sightings in Orkney took place over a few summers around 1890. At this time there were a series of sightings of a “creature” that came to be known as “the Deerness Mermaid”.

A regular visitor to Newark Bay, in Dearness, from documented reports, it said that the mermaid stayed some distance from the shore.

One of the eyewitnesses said at the time “It is about six to seven feet in length, has a little black head, with neck, a snow white body and two arms, and in swimming it just appears like a human being. At times it will appear to be siding on a sunken rock, and will wave and work its hands.”

These are just a few of the legends and stories I found whilst doing research for this article. With so many stories and eyewitness accounts of Mermaids, is it possible that they were/are real?

Even the infamous explorer of his time Christopher Columbus swore that he had seen one of these creatures, however many people believed that what he had actually seen was a Manatee (A sea creature, similar to a seal, but human size. It is said many Sailors mistook these for Mermaids whilst drunk on ship.)

Even in the United Kingdom there have been sightings of Mermaids, mainly in Cornwall. A fisherman claimed that a woman had swum up to his boat and had asked him to move his anchor because it was blocking her way home.

Of course nowadays, some woman actually make a living out of ” Being a Mermaid” for example Mermaid Melissa, uses her deep sea diving skills and ” Tail” to promote the importance of protecting sea creatures of all Varity.

With countless stories from around the world is it possible that Mermaids are real?