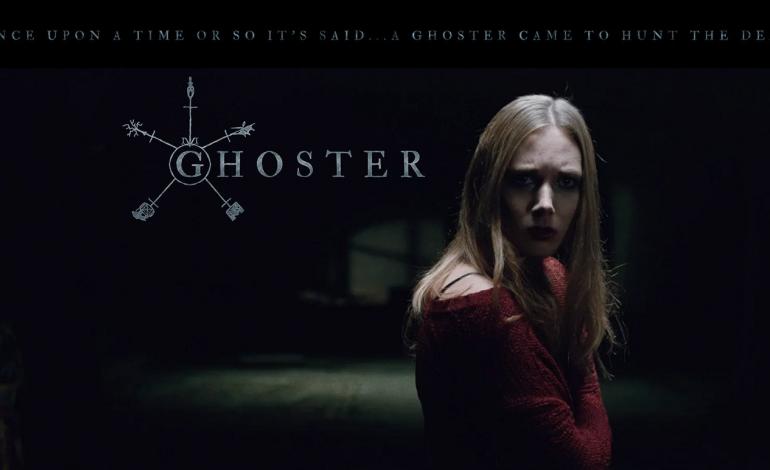 Horror writer John Paul Fitch gives us his verdict on the new proof of concept trailer that’s been causing a stir online. This is ‘Ghoster: Bred To Hunt The Dead.’

Roughly a year ago I was lucky enough to be introduced to a supernatural horror comic called Malevolents: It was critically praised on release and was damn scary, written by Thom Burgess with art by the talented Joe Becci. Malevolents: gave us but a peek into a larger world where evil spirits prey on the innocent (and the not so innocent).

Since the comic dropped, Burgess and filmmaker Toby Meakins (Lot254; Breathe) have been busy expanding the related nightmarish world of Ghoster into something breathtaking. Last week they unleashed upon us a superb concept trailer. If you haven’t seen it, check out the above trailer

Ghoster is a concept film based on the story of the Ghosters — five families of spectral assassins, dating back to the 16th century and the time of Queen Elizabeth I and alchemist John Dee. The Ghosters are bred to hunt the dead and have kept humanity safe from the evil spirits known as Malevolents.

“I’ve seen the press pack for ‘Ghoster’ and let me tell you it is incredible. What Thom and Toby have created here is epic and should spawn a goddam franchise.”

A grand melange of spectral assassins, Malevolent spirits, secret societies, villains and heroes, Ghoster is the complete package. Fans of supernatural action, horror and fantasy will all find something to enjoy. The project feels like Assassin’s Creed meets Spawn, and it’s a world I’m dying to see in detail.

I’ve seen the press pack for Ghoster and let me tell you it is incredible. What Thom and Toby have created here is epic and should spawn a goddam franchise. I’m talking movies, games, comics, novels and toys — the works. If the proof of concept is anything to go by, we will witness something special when the project premiers. Hollywood is on warning, Ghoster is here.

Until then, feast your eyes on this stunning concept art…

To find out more about ‘Ghoster,’ visit www.theghosterproject.com

GHOSTER from Toby Meakins on Vimeo.