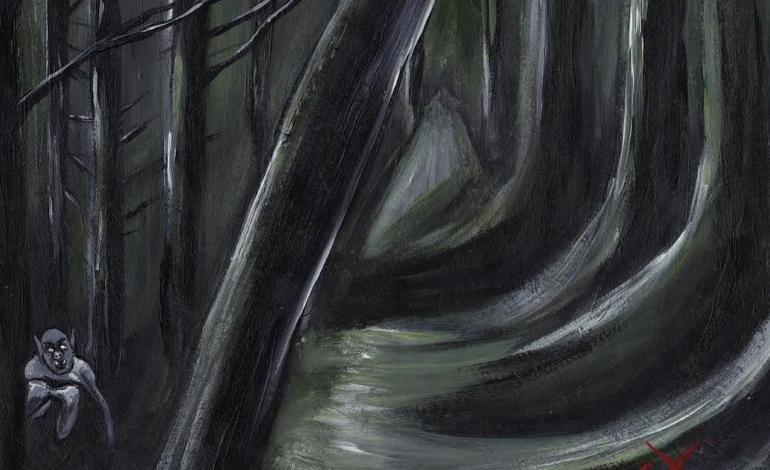 Cryptozoology is a pseudoscience which aims to prove the existence of creatures believed only to dwell in legend. The most famous studies concern Bigfoot, the Yeti and the Loch Ness monster, but did you know that there have been numerous investigations into the existence of a mythical beast that resides in Staffordshire?

An oft-told legend around these parts concerns the origins of a legendary man-beast, known locally as the Pig-Man.

There are several theories as to the story’s origin, the most prevalent detailing that Pig-Man was the result of a secret experiment conducted in the area by the UK/US armies, after the end of World War 2. It is said that scientists at the site kidnapped and hypnotised a local woman and implanted her with a half pig/half human embryo. (The exact purpose of this experiment is unknown, though some believers in Pig-Man point to the evidence that pig and human tissue is similar in genetic make-up, and has in fact been used in human skin transplants, with organ transplants on the horizon.)

The legend states that sometime in the 1940’s, a child was born to this woman, with an unusually large, head, and a pig-like snout instead of a nose. Having suffered years of intrusive experimentation, Pig-Man finally escaped the facility and took to roaming the vast forest of Cannock Chase, where he could easily live out his life in solitude.

Although he’d be well into his eighties, sightings of the Pig-Man continue to be reported. Some witnesses claim to have heard his squeal, while others have reported seeing a man, standing over seven-feet tall, wearing ragged clothes, with a hideously deformed face and a snout-like nose, observing them at a distance.

Whether Pig-Man exists or not is a matter for debate, but his story prevails, and one theory as to its origin is that the tale was concocted by the authorities stationed at Cannock Chase Military Facility, as a means of keeping prying eyes away from the site during wartime, when secrecy was of the utmost importance. However, the Army Military Facility was built in 1914, and was only occupied during the First World War, and not the second. The camps were named Brocton and Rugeley Camp, respectively. Later, in 1939, RAF Hednesford, an air force training facility located South of Cannock Chase, opened for operation. If the story of Pig-Man did originate at this time, it came via the RAF facility rather than the now defunct Army Camps.

Whatever the story’s purpose, Pig-Man still attracts attention to this day, with a number of investigators taking to the woodlands in the hope of catching a glimpse of the reclusive monster. There are no photographs of the creature, and no firm evidence of his existence, only the reported witness sightings that span almost three-quarters of a century. However, when did a lack of evidence get in the way of a good story?