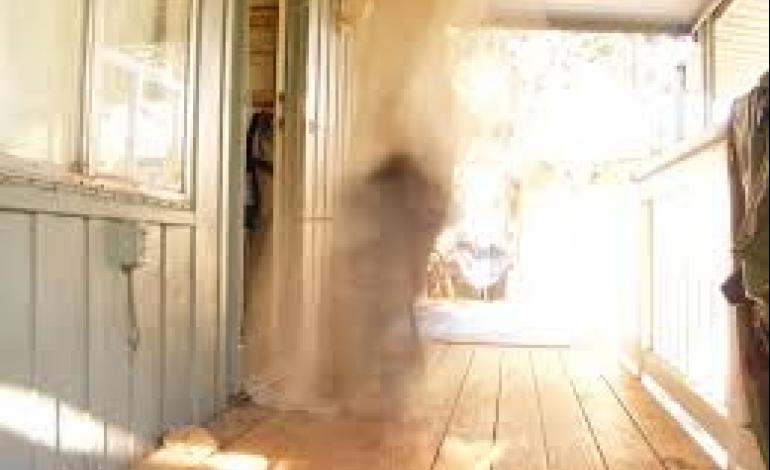 The topic of bullying has become a major issue these days, so much so, that they major headlines in major newspapers. I myself was the victim of a glandular freak of a child who delighted in making my life a living hell. And like many of school age kids, my only reprieve from name calling and the occasional painful noogie was after school and the weekends.

Now imagine if you can that your bully was not of the flesh and blood variety, but rather something beyond human understanding. A relentless, invisible force that meant you and your family nothing but harm. A force that delighted in destroying your personal belongings, household appliances, and hammered on the walls day in and day out. Your bully is the dreaded poltergeist and it wanted to make your life a living hell.

Poltergeists, like stories of restless spirits, have always been among us. The earliest known record of a poltergeist can be found in the chronicle known as the Annals Fuldenses. The story says that in 858CE, a farmer, his wife and his children in Bingen, Germany came under attack by an evil spirit. This demon first began its campaign of terror by showering small stones down on the modest farmhouse. The spirit then stepped its activity up by hammering on the walls, breaking crockery and setting small fires around the house. When the family could take no more they contacted a local priest to perform an exorcism. An exorcism that failed miserably. The family was terrified by the evil spirits that invaded their home which they eventually abandoned.

In 1500 CE, Remy, a self-described witch hunter and demon fighter, described s similar event in the house of a wealthy merchant. The only difference being that the alleged ‘demon’ pelted the family members with stones causing minor injuries. Like the Bingen case many centuries earlier, Satan and his minions were believed to be the culprits behind the frightening attacks.

These are but two of the earliest known accounts of a violently aggressive force those we now call poltergeist. A mysterious force that made their unbearable with its childish antics.

The poltergeist has always been one of the most misunderstood of anomalous phenomena. Those unfortunate enough to experience this frightening force all report the same thing. Household objects seem to take on a life of their own, sometimes breaking and sometimes not.

To some who have experienced the antics or shenanigans of the poltergeist, they believe they are being attacked by an intelligent spirit with a hot temper and a vendetta. While others believe that demons have infested their homes. But, thanks to the diligent work of parapsychologists we now know that we are dealing with neither but rather, something far different. Something far more human in origin. And it has a name Recurrent Spontaneous Psychokinesis.

For those unfamiliar with RSPK the concept might be a bit difficult to explain. But I explain it like this: Imagine if you can take a balloon and filling it up with water. Eventually, the amount of water becomes too great for the balloon and the balloon breaks causing a watery mess. RSPK works in the same way. Usually when an outbreak of RSPK occurs there is a single person, sometimes s young person entering puberty. Although, this is not always the case, as we’ll see later on. Anyways, the focus is going through a great deal of turmoil mix a little bit of latent psychic ability and blammo you got a violent psychic problem on your hands. A mess that makes everyone involved completely miserable.

As I mentioned earlier, a child about to enter puberty, usually a girl is considered a suspect in an outbreak of RSPK. However, there are a few famous poltergeist cases that challenge that belief and have forced some, myself included, to go back and rethink the whole damn thing.