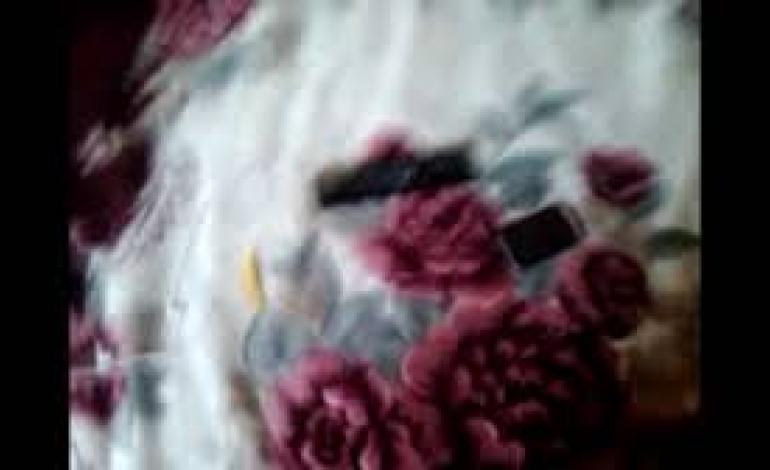 Basically put, Instrumental Trans Communication (or ITC) is when one attempts to communicate with unseen entities through an electronical device. It can be a radio, television, phone, audio recorder, etc… And believe it or not, the idea is as old as the radio itself. It’s said both Edison & Tesla even considered the possibility that there may actually be ways one could communicate with spirits of the dead through such devices. Were these just ideas? At first, perhaps. But then again some have even speculated that Edison may have been more successful with such experiments than was ever released to the public, although there’s no proof of that either.

What is certain however is that today there are many different devices & apps which claim to be able to communicate with invisible entities? Whether they scan/sweep frequencies, have phonetic generators, or simply record electric voice phenomena, what constitutes solid evidence ultimately are in the ear of the beholder & the criteria they wish to employ.

What would be ideal would be a straight up conversation back & forth with the entity through such a device. Logically, that would be the most believable auditory evidence one could possibly hope for.

Over all, these devices almost never offer such evidence. The majority of the time one would be lucky if they received a couple relevant words in the same voice directly after the asked question. Even garnering a full complete relevant sentence is an exception to the norm…but when it does happen, it defies the odds of chance, which in turn makes it compelling & noteworthy.

In the 1950’s a man named Marcello Bacci started experimenting with a vacuum tube radio to communicate with ghosts & spirits. Over the years many people studied his results with amazement & curiosity. The messages he received were extremely clear & decisive (especially compared to what we normally hear using ITC). Not only that, they were gained in controlled atmospheres under scientific conditions. Scientists even removed parts from his radio, & to their amazement he still received the messages.

In Marcello’s case, some felt he was naturally channelling through the device because he needed to be physically touching the radio he was using to get the voice(s) to come through. In our own research through the years we have noticed that what seem to be the best responses are more forthcoming when our clairvoyant investigators are holding the ITC device in question than opposed to putting the device on the table. We have specifically documented this with an Ovilus, & have noticed this as well with the Ghost Box SP-7/11 on many occasions.

However, people without “abilities” use ITC devices & receive responses which they consider to be authentic spirit communication. We have also received responses we feel hold up to general scrutiny without people touching the device or physically channelling through it. But the former example seems to have better results over the latter, although not exclusively.

Which brings us to protocol? What criteria do we use within our paranormal society to determine if a response may be legitimate? First of all, despite what ITC device you choose to use, there needs to be a response right after asking the question…not during the question & not a minute after the question, but within the first five to seven seconds. This especially applies to anything with a phonetic generator, like the Ovilus for example, because only single words are produced at a time. Not to say several individual words can’t come through a quick succession, but again, those words would need to have serious relevance to the question (or at a minimum the location or situation). With this type of device, audio matrixing isn’t an issue.

Concerning the SP-7, SP-11, or any modified sweeping radio, the possibility for audio matrixing comes into play, which makes the criteria one practices all the more important. This also applies to the ITC apps & programs persey.

The first thing one can do (with a radio type sweeping device) is to let the device run through all the stations while noting which stations (if any) are coming through repeatedly. Any answer received while running through those specific radio stations should be excluded.

On a Ghost/Frank’s Box for example, our society doesn’t accept single syllable answers as bonsaied evidence. Any answer we receive needs to be a minimum of at least two to three syllables as well as in the same voice. This is because it is considered to be almost completely impossible to receive a message in the same voice with multiple syllables while being relevant & within the allowed response time, all while sweeping through multiple channels. Since all these things together defy the odds of random chance, such a reply is always worth noting & becomes possible or plausible evidence. Anything less may be considered weak or indefinite, especially to a sceptical mind.

Now if more than one solid reply/answer of this calibre takes place during a single session, then that even becomes more compelling & impressive. Plus any other additional collaborating evidence collected with other devices while the ITC evidence is documented will definitely boost the validity as well.

As for apps, we have used them in the past to test their validity in a non-client setting, although we have not yet found anything which everyone in our society is comfortable & confident in using to garner evidence…to date that is. We know other groups do use ITC apps during investigations, & that’s their prerogative.

Another thing to remember is if one garners a genuine response from an entity (despite what kind of ITC device one is using), there’s no solid way to tell if the answer is a truthful one or a lie. Because of this reason, determining if an entity is present is one thing, determining if they are being truthful is quite another. When we present any audio evidence, we remind the client of this. We can offer our opinion as to whether we think the answer might seem honest or not, but it’s ultimately up to them what they wish to believe.

And finally we would suggest that if one is employing any kind of ITC device on a frequent & regular basis that they make sure they are doing so for the right reasons, otherwise one may eventually risk an accidental invitation for more than just a conversation.

This is especially true if one is doing so where they live. It wouldn’t be the first time someone ended up with an attachment because of an ITC “addiction”, or addictive tendencies so to speak. This is one of the reasons why we don’t generally run ITC sessions in our own home. We use ITC to try to determine if there paranormal activity we can document for others who aren’t sure if their location is haunted, not to necessarily gain detailed specific information.

There’s an old saying…don’t operate on yourself. If l when we find out someone has decided to start play “ghost hunters” in their own home, it will consequently promote paranormal activity to manifest in different ways within their location (haunted but not exclusively), & we advise them of such. But if that’s what they like & want to do for kicks or excitement, they can do so without our help because we would then be there for the wrong reasons, which in turn put us at risk for trouble.

There are other points & angles to this topic of course, but these are what we consider to be the basics about ITC in general.