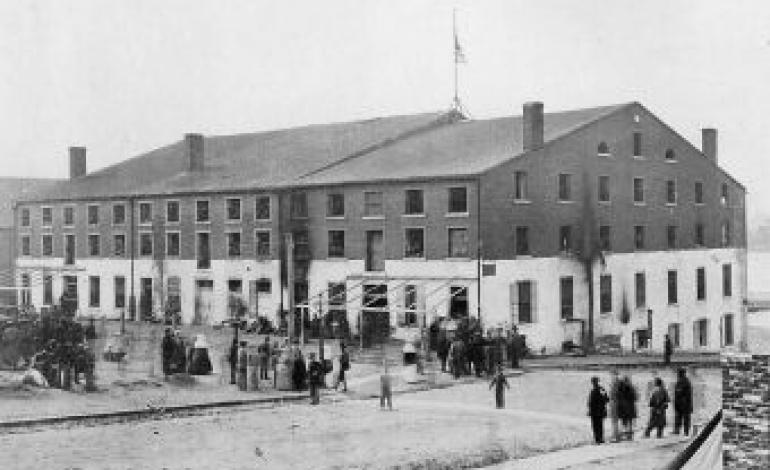 I’m an enormous history buff, especially when it comes to the war that threatened to tear the United States apart, the American Civil War. From 1861-1865, brother fought against brother in a struggle over State’s rights and keeping the Union together. War is hell, of that there is no doubt and the prisoner of war camp at Andersonville, Georgia was the perfect example of just how true that old saying is.

According to the National park service, Camp Sumter was in existence for 14 months and incarcerated over 45,000 Union soldiers. They further reported that over 13,000 died from disease, poor sanitation, malnutrition and exposure to the elements.

Andersonville Prison was a concentration camp in the truest sense of the term. The Confederate officer who ran the prison, Captain Henry Wurz, saw to it that the inmates under his charge had absolutely no dignity and were treated as sadistically as possible. Wurz, was a perfect fit for the job as his superiors considered him to be a man of low moral character. The perfect man for this little, corner of hell on earth.

When Wurz took over command of Fort Sumter, his first order of business was to establish a “Dead Zone” within the stockades of the prison. If any prisoner dared to escape he was immediately cut down by Confederate sharpshooters stationed on the lookouts. Thousands were killed trying to escape including those who unwittingly came to close to the dead zone. Visitors to the Fort have reported seeing the apparitions of these young men cut down in the prime of their lives.

Apart from Captain Wurz, and his iron fisted control of the prison, the POW camp saw many outbreaks of disease. Mostly as a result of overpopulation and a bad water supply, hundreds died from dysentery and the dreaded “White Death” a disease we now call tuberculosis. A disease that killed hundreds of thousands before a treatment was discovered in the 20th century. Fort Sumter was the perfect storm of death.

When the prison was finally liberated by Union forces, the remaining prison population were found to be malnourished and dehydrated. Upon inspection of the POWs one Union officer was heard remarking, “Dear God, these poor souls look as the walking dead.”

Considering the deplorable conditions and all the death that occurred at Fort Sumter it is not surprising that this notorious prisoner of war camp is a hotbed of paranormal activity. Those who have taken the tour of the prison have come away with spine tingling stories of terrifying spectres and horrible apparitions. Many unsuspecting tourists have phantom gunfire and the blood curdling screams of men being cut down in Wurz’s dead zone. Others have reported seeing miserable apparitions of Union soldiers in tattered uniforms in the buildings. And lastly, female visitors have claimed to be groped by icy unseen hands. Andersonville Prison at Fort Sumter is not for the faint of heart.

Wales, my ancestral homeland, is a land well known for its natural beauty and it’s many haunted castles. However, if I should ever make it there, there is one haunted hotspot on my paranormal bucket list, the very haunted Ruthin Gaol.

Built in the 13th century, during the reign of the popular monarch, Edward I, Ruthin Gaol was the prison you were sentenced to if you failed to pay fines or you arrested for vagrancy. If Ruthin Gaol was the place you were sent to for committing minor infractions of the law, how did it get to be so haunted? Although, we may consider such offenses to be minor in the 21st century, in the 13th century they were considered to be major offenses of the King’s law.

In 1775, Ruthin Gaol was expanded and began taking in violent criminals. Those who committed seemingly minor offenses now had to share their space with murderers, rapists and in a couple cases, cannibals. Many of the hauntings in Ruthin Gaol can be directly traced to this period in the prison’s infamous history. And these spirits have been known to make their presence known in some very frightening and aggressive ways.

One former inmate that still wanders the ancient halls of Ruthin Gaol is William Hughes. In 1901, Hughes was locked up for an offense that may sound weird to us, family desertion. After being released in 1903, Hughes found himself back behind bars at Ruthin when he went home and shot his wife dead in front of the innocent eyes if their children. Today, female employees and visitors alike have reported being poked and prodded in Hughes’ cell. A few have even claimed to be grabbed by strong cold hands; William Hughes apparently does not like women.

At Ruthin Gaol, it is not just the prisoners who haunt the prison, a former guard haunts as well. A guard who was considered to be the most sadistic guard in Ruthin Gaol’s history, William Kerr, a man who loved his job and the power that went with it. Kerr was well known for depriving the inmates of their daily rations and joyfully beating prisoners with his stick. Understandably the prisoners hated Kerr and one day they exacted their vengeance.

On a seemingly normal day Kerr, suddenly disappeared while making his rounds. Historians if the prison believe, Kerr was jumped by inmates in a dark corner, murdered and buried somewhere on the prison grounds. And it’s possible he was buried in many places, as it was believed he was dismembered by his assailants. A violent end to a wretched bastard.

William Kerr, is said to make his presence known by banging on cell doors with his club while yelling obscenities at his charges. Kerr’s apparition has also been seen patrolling the prison with a scowl on his face, forever hating those he watched over with an iron fist.

Paranormal investigators claim Ruthin Gaol is home to dozens of spirits from its long and violent history. Spectral voices and apparitions have been experienced at Wales’ most Haunted prison.