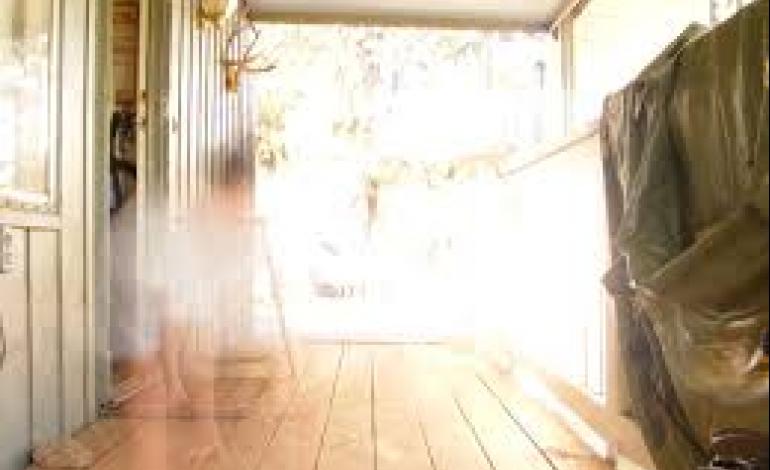 Throughout the annals of paranormal history, from antiquity to the modern day, the phenomenon of rock throwing can be found throughout the world, despite what culture or timeframe one looks at. There are several variations to these phenomena, from simple small stones being thrown to larger stones being cast, which can freak people out, damage property, & even injure someone.

As for the source of these phenomena, that would be dependent on the location of this activity. When we look at all the reports of stone throwing, one can see there are different alleged sources for this, whether it be ghosts/spirits, poltergeist (p.k.), or even sasquatches (when it comes to rock throwing in the middle of known here). To better understand incidents, we can simply divide this into indoor & outdoor incidents, as to better determine the true sources for this. 2 of these 3 main sources listed can take place either indoors or outdoors, so this article will focus on examples of those sources.

Throwing/falling stones can sometimes be connected to poltergeist phenomena. It is noted for its sudden appearance, severity and abrupt cessation, wherein this phenomenon is distinguished by its impossible nature. At times the stones seem to float or drop slowly; they often appear to fall within a closed room where there are no windows or no open windows, cracks or holes in the ceiling, or anywhere else logically. Accounts date back to the ancient Egyptians, Greeks, & Roman cultures.

There are even cases where stones fall from the sky. The first ever recorded case was in 335 BCE. Early Christian saints and writers also witnessed these paranormal phenomena. A good example of this was in the year 1170. The hermitage of St. Godric was inundated with falling rocks. Unfortunately, these occurrences were isolated or one time incidents, and thus can’t be investigated.

One night in 1903, on the island of Sumatra, W.D. Grottendieck of Dordrecht (Holland) was awoken by the sound of stones slowly dropping to the floor around his bed at 1a.m. It was also noted that no holes were anywhere in the roof of his hut. He even caught one of the falling rocks, but to his amazement it rose and floated out of his hand. He woke his male servant to help him do a search all around the hut for signs of the mischievous local labourers who might have been responsible, but only to find out later they were not. Panicked, the boy fled after the stone throwing ceased as suddenly as it had started up. Afterword’s, it was pointed out that the sleeping boy was responsible for the phenomena, but was later reviewed as being unsolved.

As for personal experiences w/rock throwing, this is one of the reported phenomena at the summer wind Ruins in Wisconsin that we have experienced twice first hand, both on different nights & w/multiple witnesses.

The first time it happened to us, we were part of a restoration campout when rocks were literally flying out of the foundation every so often. One person was hit by one of those rocks. The second time was during a Northern Wisconsin Paranormal Society investigation of summer wind during 2014 when two investigators were doing an evp session in the basement. A rock came flying into the basement out of nowhere & was picked up on audio hitting the cement walls & floor/ceiling. The cameras never revealed the source for the rock. Aside for the two investigators who were being recorded, the other 3 on location were on the other side of the ruins watching from the nerve centre that was set up to monitor the location. We can promise we do not throw rocks at each other.

Despite what may be causing the phenomena, rock throwing has been around for a while & will continue to be reported in all environments & in multiple fashions by all walks of life. We can attest that this phenomenon is real & does happen. But only when the culprit is witnessed throwing stones can we be pretty sure what is responsible for the attacks, until further investigation can be done. And even then, we may not be totally sure. Usually, the alleged perpetrator is nowhere to be seen, even when it’s with in close quarters.

In closing, let’s look at documenting these phenomena. Documenting rock/stone throwing with single pictures is nice, put pointless considering anyone can throw a rock in the air & photograph it. Audio is nice when one can get it. We were fortunate to document the activity w/an audio recorder & multiple video cameras. But usually the reports come w/no instrumental documentation. When that’s the case, the number of witnesses becomes key in proving its validity to history. And even personal experiences can be documented with writing the account down & having a good recognizable character. It’s the best way to consistently report the amount of times this may be occurring.