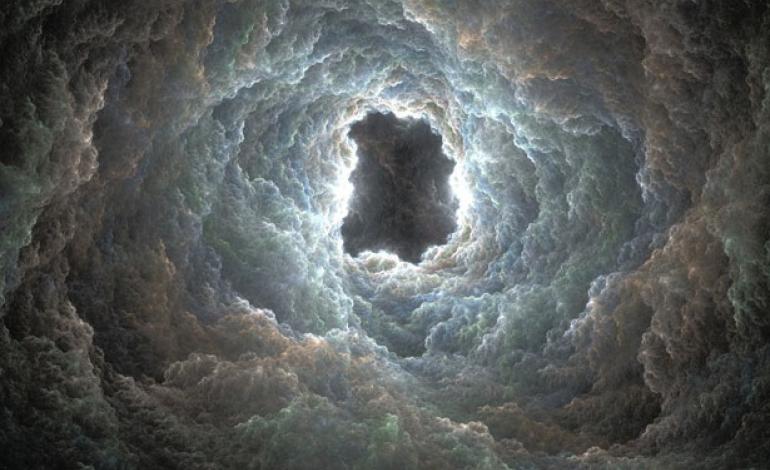 I began my research of near death experiences (NDEs) several years ago as I delved deeper into the paranormal realm. We all question what lies beyond this life at some point or another. This subject seemed like a logical place to find proof of an afterlife. I sifted through countless case studies conducted over the past several decades. These were cases where people were pronounced clinically dead having had profound experiences and returning to tell of it.

Dr. Raymond Moody wrote Life after Life in 1975. In it, he recounted many near death experiences from various people from all walks of life. Their experiences included some common traits. The first thing that many people described was an out of body experience. Nearly all of them recalled seeing their bodies on the hospital bed or surgery table, depending on where the experience took place, and they realized that they must have died. They did not feel any pain. In fact, most remembered feelings ranging from calmness to elation. Many reported heightened senses. They see, hear, smell, and feel things more vividly than before. They were aware of everything going on around them; yet, were not afraid.

Each of them described a buzzing sound inside their heads. Dr. Moody specifically noted that many people considered it to be uncomfortable or annoying. Others described the sound of tinkling of bells or wind chimes in a distance. Several mentioned that they heard beautiful music. There is also a rushing sound shortly thereafter accompanied by feeling like they are being pulled into a dark tunnel. One man described the tunnel like an amusement park roller coaster ride.

Father Cedric Pisegna, a Catholic Priest, wrote Death, The Final Surrender. It is his personal memoir of his own NDE that resulted in his commitment to later becoming a priest. His message is very to the point; your soul will never die.

His experience in the tunnel is one of resistance as a young man. He wrote, “I vividly remember that I fought going through that tunnel. I am used to being in control and fear loss of control. That is exactly what I experienced then; the complete loss of control. I didn’t know where I was, where I was going, or what was going to happen to me. In some ways it was like the take-off roll of an airplane. There was no turning back and no way out. I had to surrender to what was occurring to me. I hated the feeling of being out of control, but I didn’t have the strength to resist because I was drawn down that passageway by a power much greater than myself” (49).

In Embraced by the Light, Betty Eadie described hearing a soft buzzing sound in her head then feeling a surge of energy that pulled her real self through her physical chest. As with many who have had NDEs, she became aware of having a new body. Again, this is a common theme. Some later talked of a type of body that they find difficult to describe but all felt much freer outside of the old physical body. Eadie was greeted by three spiritual beings dressed in robes that she believed some sort of guardian spirits. She described them as ministering angels who communicated telepathically to her.

The tunnel is very dark and void. Many described it as spiraling and there is a feeling of moving through it. Despite that fact that its description sounds frightening, those who have experienced it report feelings of well-being and pleasure. Several sources indicated that most people were aware of others being in the tunnel and that some were not moving forward.

At the end of the tunnel is a bright light to which most feel drawn. Inside this light is where most described meeting a loving being and a feeling of coming home. Many called the being God or Jesus; others simply a being of light and love. These individuals reported feeling unconditional love, compassion, and acceptance from this being of light. A majority of the cases reported some sort of life review taking place. As with the tunnel, it is remembered as a pleasant event, not judgmental at all. In certain cases, the individual was asked if they wanted to stay or return but some cases reported being told it was not their time and that they had to return to this life.

A great deal of people described seeing their loved ones inside the light, those who had passed before were there to greet and comfort them. The main component in all of the NDEs was that these people returned with a more purposeful life, a renewed faith in God, and a desire to share their experience with others.

I found some religious sources criticizing NDEs as hallucinations caused by evil influences or even the devil. However, if evil spirits were to blame, those who returned from their experiences would not be compelled to live their lives with a renewed faith in God. Most of those who experienced a near death encounter return with not only renewed faith but a complete change in their life priorities. Most are far less materialistic upon their return realizing that love and our relationships with others are the most important things in life. Without fail, they all return without fear of death.

There are some who feel there are scientific explanations for NDEs that disprove theories of an afterlife. In a three year study that began on heart attack patients in 2006, Dr. Sam Parnia of South Hampton University concluded, “evidence is now suggesting that mental and cognitive processes may continue for a period of time after a death has started.” Dr. Parnia calls the experience as “essentially a global stroke of the brain. Therefore like any stroke process one would not expect the entity of mind/consciousness to be lost immediately.” Some researchers believe that the experience could be caused from cerebral anoxia (lack of oxygen to the brain) and secretions from the pineal gland that occur at death causing the brain to continue to function for a brief period of time and certain symptoms such as a narrowing of vision and seeing a bright light are merely chemical reactions in the brain. Other researchers feel that they can prove that the experiences are very real.

In 1998, Dr. Jeffrey Long and his wife, Jody, began a research group called Near Death Experience Research Foundation documenting thousands of cases of NDEs. In all of Dr. Long’s published works, it is clear that he disagrees with this possible explanation. Dr. Long insists that these individuals have vivid memories of experiences that would be considered medically inexplicable due to lack of brain function. He further stated that numerous case studies involved people who were born blind reported seeing things that would be impossible for them to have knowledge of without sight.

In Paul Perry’s documentary, The Afterlife, Dr. Long stated that he felt certain that life continues after death. He found significant similarities in the experiences during his study. He says that most of the experiencers report a greater level of consciousness during the NDE.

Dr. Long studied thousands of NDEs spanning the globe and determined that most were similar regardless of culture, religion, or geographic location. The experience almost always transforms people lives. Over ninety percent of the experiencers in Dr. Long’s study reported seeing deceased loved ones. Some of these even saw people they thought were familiar but did not recognize but later determined through family photos that they were family that had died much earlier and did not know necessarily during their life.

In a recent study conducted in Belgium, neuropsychologist Vanessa Charland-Verville noted that those who have experienced a NDE have more vivid memories of the experience than most people do of real life experiences. She stated in an article for Real Science, “It’s really something that stays in the mind of people as a clear trace, and it’s even clearer than a real memory.”

One of the most compelling cases for the NDE to validate an afterlife is that of Dr. Eben Alexander, a neurosurgeon who became comatose while battling an uncommon form of bacterial meningitis that almost never occurs in adults. The part of his brain responsible for consciousness was not functioning and the prognosis was very bleak. After a week, he regained consciousness eventually retelling of a life changing experience that he recalled while in a coma. Although he was not clinically dead as he was on life support systems, his brain was not functioning.

But despite this complete breakdown, Dr. Alexander returned to consciousness a week later to tell of his NDE. As with most people who have gone through such an experience, Dr. Alexander returned with a changed outlook on death and spirituality. His experience convinced him that life continued to exist in a different realm and it continued to do so without brain activity.

None of us will know for certain what lies on the other side until we too cross over. Until such time, we can look at the evidence and review the case studies. It is up to each of to decide whether we believe or not in the near death experience.