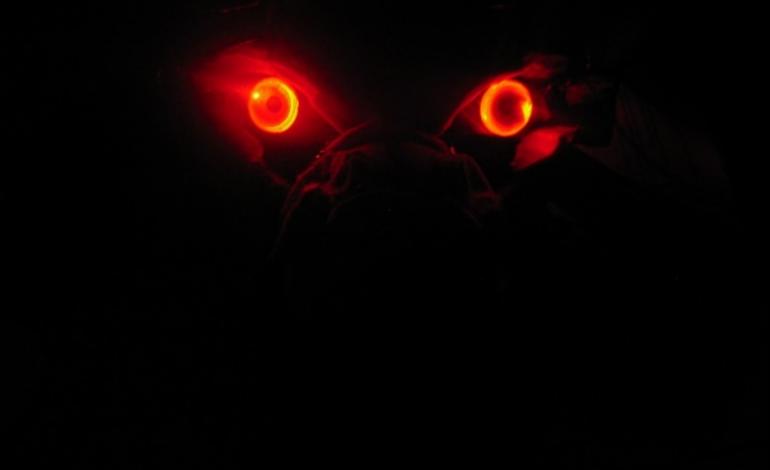 In the silent dead of night streets are empty, long made impassable by the snowdrifts. Ice dangles from rooftops and the stars above in the ebony sky sparkle. A cold wind winds its way between the eaves and on every street corner colored lights twinkle flashing their electric rainbows. Poinsettias and wreaths dot every door. A quaint manger scene glows peacefully in front of the local church yard. Baby Jesus lies in his bed vulnerable to the cold dark as his mother Mary looks to Heaven, her hands up in supplication, waiting for an absolution to her humanity. The faint sound of Christmas music is heard drifting out of the warmly lit house windows and families laugh, celebrating the one time of the year that everyone gets to be together. Soon, the lights go out and sleep takes over the towns, leaving everything as silent as a tomb with the unique loud quietness that accompanies a heavy snowfall. Children who still believe lie beneath their thick comforters in their beds, waiting to hear the sound of hooves on their rooftops and the jingle of sleigh bells.

At last, there it is. The sound.

The sound of small brass bells and the clomping of hooves as a shape moves in the night, the snowflakes swirling around it. Stepping into the light, it reveals a visage that is not a jolly rotund man with rosy cheeks: It is an eight foot high monstrous form, bipedal, covered in shaggy brownish-black hair with wicked curving horns on either side of its man-goat like face with its flicking lolling tongue hanging. Over its back is an old burlap sack, and in its right hand, a bundle of branches. In its left hand, held in wicked claws, is a chain lined with tiny rusted brass bells. Santa has come but he has not come alone…Krampus has come.

Today my partner Ben and myself began to unpack the decorations for Christmas that his mom had gifted us with. We had just moved into a new townhouse in Kingsport, Tennessee and he was feeling festive. While we don’t yet have much living room furniture, we did enjoy putting the tree up. It’s a small tree, maybe four feet high at the most, covered in icy stars and rainbow lights. Little colored balls dangle from its branches. It was a fun yet bittersweet moment for us both: For him, his ex never would decorate with him and for me, I was dreading the holidays because I had not long ago went through a very painful and emotionally destructive breakup which tore my friends and family apart. This was new territory for us both and it quickly turned into a fun exploration into how badly I could decorate and how much he enjoyed having help. It seemed to make us both happy, which for me, is something hard to come by at times.

As we began to make a lighted Christmas table lined with nutcrackers, Santas and even a baby rabbit, the music in the background suddenly came into focus. It was the smooth baritone of Andy Williams:

“…There’ll be parties for hosting

And caroling out in the snow

And talks of the glories of the

“Ghost stories?” Ben asked as he handed me a little figure from the bag of Christmas decorations. I took it from him and grinned. “Yeah. You’ve never heard of telling ghost stories at Christmas time?” I sat the little figure, a blue Santa, down among the soft white lights and golden garland.

“Never heard of any. I didn’t think that Christmas was you know, ghost time.”

I looked at him and asked, “Have you ever heard of Krampus?”

“No,” he replied, looking intrigued.

“Good. Let me tell you…” I said with a small grin.

And that is where we are. Who is Krampus? What ghost stories do we tell at Christmas time? When you hear the words “Christmas” and “ghost” tossed into the same sentence, the first thought that comes to your mind will be Charles Dicken’s and Scrooge. In fact, Christmas time, or the time that we in North America have come to associate with Christmas, is ripe with ghosts, monsters and spook stories. Krampus is just the most common. Who is Krampus? According to the Alpine folklore where he comes from, he is an eternal part of Christmas and one that is best remembered and not forgotten, lest you pay the price.

Most people in North America grow up hearing the story of Santa Claus, a jolly immortal man with supernatural abilities to know who has been good and who has been bad all year. Good boys and girls get gifts while bad ones get lumps of coal in their stockings. He is often seen as a rotund red cheeked white bearded man dressed in red robes tipped with white fur and sparkling blue eyes. His mischievous smile has dotted every Coca-Cola ad for over sixty years. In the Alpine Germanic tales, Claus appears as Nicholas, a Christian saint dressed in the robes of a bishop. The real story of Santa however is far too complicated to get into here but it’s the company he keeps that is of interest here. Santa did not travel alone nor did he punish the bad children. That job went to his partner, Krampus. Krampus pre-dates the notion of Santa Claus (Saint Nicholas) by thousands of years, rooted deep into Germanic Paganism.

Everything about the image of Krampus, the goat-man creature that towers over most men with his twisted horns, lolling tongue and hoofed feet, is tied to early Christianity and more deeply to Pagan imagery. His birch sticks in his right hand are called ruten, which serve a phallic symbol as well as to recall initiation rites of certain covens of magic, symbolizing a false death and rebirth. At times, the switches are replaced with a whip. The chains are most likely a Christian addition, an attempt to bind the Devil and he’s been said to rattle them at naughty children as much as Santa’s bells signal his arrival, so do the bells of Krampus.

Krampus’s arrival is usually tied to December 5, the day before the Feast of Saint Nicholas. It is said that this is when Krampus appears and stalks the streets and roads, seeking out the bad children (and in some versions bad people in general). He would swat them with his switches and of course, make use of that ragged old sack (in some versions a washtub) to kidnap the bad children in and take them away, either to be eaten or worse, taken to the underworld as punishment for their misdeeds (National Geographic, 2015).

Krampus and St. Nicholas were often inseparable. Christmas cards dating back to the 1800s show the pair and Krampus was a regular part of Christmas, just as much as Santa is today. The image of Krampus in Europe was so prevalent that in 1934 after the Austrian Civil War, the traditions associated with Krampus and Krampus lore were legally outlawed by Dollfuss regime and the Christian Social Party. This continued even until the 1950s, during which time pamphlets were passed out spouting the evils of Krampus and it wasn’t until the end of the 20th century that the laws were changed and a resurgence of interest in and respect for the Krampus traditions began to burn again (Folklore, 1958). The Krampuslauf is now an annual parade where participants dressed in elaborate home-made costumes of Krampus run down the streets, rattling their chains, swishing their switches, often fueled by alcohol. It’s often customary to gift these Krampuses with schnapps of some kind and though it is meant to be in good fun, there are time when the runs have gotten very rowdy as since in the legend, Krampus beats naughty children, the participants dressed as Krampus often do the same to the attendees of the parades and runs.

Krampus is alive once again and doing well, judging by seeing his face on greeting cards, toys, candy bins and even cute versions of him for kids. Krampus himself was not ever supposed to be evil, but rather a creature assigned to do the duty required of him by the much more remembered Santa Claus but still, one would be best to not get on Krampus’s bad side and behave for goodness sake.

What is even more terrifying is that Krampus is hardly alone in his duties to punish the wicked come Christmas time. There is the legend of Frau Perchta, another Germanic wild spirit that appears during the holidays to punish bad boys and girls during the Twelve Days of Christmas by tearing out their insides and replacing them with garbage. Then comes the Icelandic Jólakötturinn, the Yule Cat. This cat is supposed to come and get naughty boys and girls who did not finish all their chores by the coming of Yule. Those who finish their chores are gifted with new clothes while those that do not, are given nothing and the Yule Cat will come in the night, scratching at the door and coming up from under the icy floors to eat those who received nothing for being lazy. From France comes Hans Trapp, a man who was said to actually exist at one point in history. Trapp was a horrid human being, a crazy Satan worshipper who butchered and killed children until he was struck by lightning and is now forced forever to visit children on Christmas, dressed as a scarecrow to remind them to be good…or else (Mental Floss, 2015)

There are many more spirits and creatures said to come out at Christmas, both to reward and to punish but my favorite besides Krampus is the werewolf. Rising from the depths of Romania’s pagan past is the man-beast that takes the form of a wolf, a curse that never ends haunting the poor damned soul every full moon but Christmas time especially. In Romania and Moldvoa, a forty-day feast is held, carols are sung by traveling children and special foods are prepared. The practice of caroling (colinde) in Romania is corresponded to dressing up as animals, demons and spirits and any child that is conceived on or born upon Christmas Eve will be cursed to become a beast. The carolers serve to remind those who would not abstain from sexual activity on Christmas Eve that there is a price to be paid in blood for those who break the rules of Christmas (Folklore, 1982).

Do these monsters really exist? Of course they do. In our stories, the same as Santa does in our minds and myths and that does not make them any less real. What it does do, this knowledge you now have, just in time for Christmas, is to remind you that our holidays are often so commercialized and watered down that we often forget the true legends and folklore that inspired them to become the staples of our culture today.

Did you hear that?

Yes that…that sound. It sounds like hooves on the rooftop and bells.

Where you used to think of jolly old Saint Nicholas coming down your chimney, just remember, he’s not coming down alone.

From, Anthony and Ben Justus.