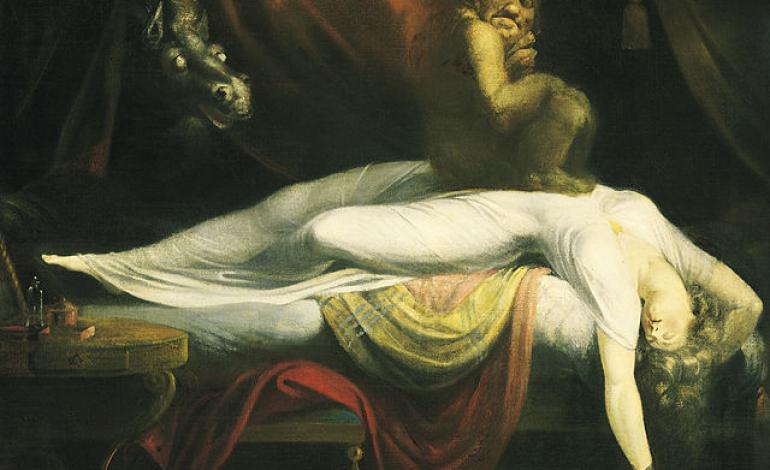 The ‘death to paradise’ based religions are the administration left over from the fear of death we humans have.

One theory is that it began when dreamers discovered that they could gain a sense of control over their dreams (lucid dreams) and so in an attempt of desperation they planned ways to go into lucid dreams AFTER they were dead.

Experienced lucid dreamers would tell others how to lucid dream each night. They created commandments of do’s and don’t

- They recited short poems to incite lucidity last thing before they went to sleep. Prayer books.

- They put the prayers to song because they were easier to remember - hymn books.

- They built the Tabernacles to sleep in, which are the design used for synagogs of today.

Nomads and desert people would come together En masse and share their dream explorations, their stories of flying and amazing feats would become embellished each time it was told.

However, their tails of celestial beings flying through the air and walking on water are all familiar and common within a lucid dream.

The Egyptians saw an opportunity to make some cash from the rich men and so began customizing ‘books for the dead’ to take into their tomb caskets, the idea was if they got lost they could read the guide books from within their lucid dreams.

What we have today is the religion which is the administration that’s left over. The rulers with their rules and the politicians with their policies.

None of these administrators are practically teaching how to enter ‘The Garden of Eden’ or ‘Jannah’ or ‘Shamayim ’ or ‘The ‘enter the kingdom of heaven’ anymore The celestial beings flying through the air, walking on water and the dream of having 72 virgins are all achievable within a lucid dream… so why wait until you’re dead?

Get into lucid dreaming now.