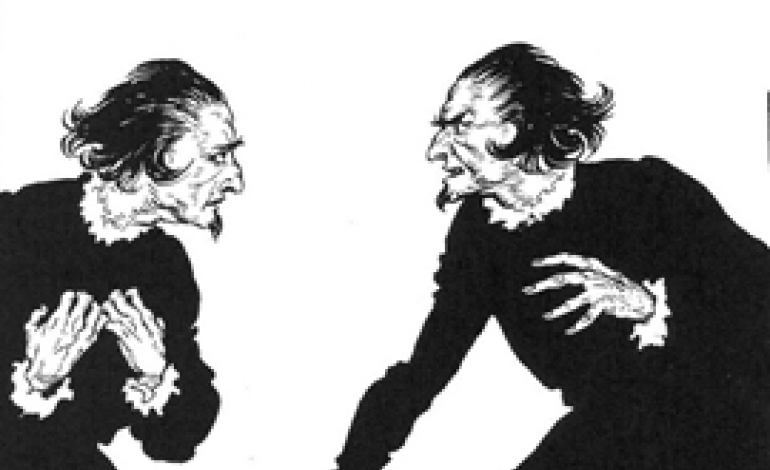 We are told from a young age that we are all individuals. That no-one is quite like us, we are special. But what if thatŌĆÖs not true. There is plenty of modern day evidence that would suggest we all in fact have at least 1 likeness out there somewhere in the big wide cosmos.

Research any culture and at some point you will find a whole host of myths and legends. But while some are relatively joyous and offer hope or possibilities, others are altogether more disturbing and cautionary.

The word Doppelg├żnger is German and translate as ŌĆ£double goerŌĆØ. In Irish folklore there are references to the ŌĆśFetchŌĆÖ or apparition that is a replica of a living person, in every way, and yet casts no shadow. In centuries past the people from the Orkney Islands feared fairies and called them ŌĆ£TrowsŌĆØ. They were depicted as ugly, impish little creatures whose children were always sickly. Pregnant women were carefully guarded from the Trows who were believed to steal healthy human babies and replace them with exact replicas of the children. The belief was that these replicas would then fall sick and die young.

In a supernatural sense ŌĆ£double-goersŌĆØ have always been considered as omens of bad luck or even signs of impending death ŌĆō a doppelg├żnger seen by a personŌĆÖs relative or friend was said to signify that illness or danger would befall that person, while seeing oneŌĆÖs own doppelg├żnger was said to be an omen of sudden death. If seen, the ŌĆślikenessŌĆÖ is said to wreak havoc in the mind of the person they are shadowing, planting malicious or harmful thoughts and causing great confusion for all around. This is why in most cultures, beginning communication with ones own doppelganger is strongly feared.

Doppelgangers, or references to the existence of ŌĆśanother selfŌĆÖ have featured in works of fiction for centuries. In Greek mythology Narcissus falls in love with his own reflection, and in Edgar Allan Poes ŌĆśWilliam WilsonŌĆÖ William, meets a boy at his boarding school who is his exact double, and who copies his every mannerism. The twin pursues William throughout his life, as he dabbles in darker and darker vices. Maddened by his presence, William stabs him at a masked ball, only to find that his own body begins bleeding.


While these tales may seem farfetched and unlikely, there are real cases in which people claim to have met their more sinister double, not least Abraham Lincoln who famously saw 2 reflections one day when he looked in the mirror. He claimed that ŌĆ£one was paler ŌĆō say 5 shades palerŌĆØ and his wife became very worried that the fact his doppelganger had appeared to be so pale was a very bad omen. In France in the 19th century Emilie Sag├®e, a 32-year old schoolteacher apparently had a doppelganger that was witnessed several times in one of the most interesting Doppelg├żnger records. One of her students, Julie von G├╝ldenstubbe, reported the several appearances. On one such appearance, as Sag├®e was writing on the chalkboard while teaching her class of thirteen students, her double appeared, standing alongside her. It was her exact image except that it wasnŌĆÖt holding a piece of chalk. All students claimed to have seen it.

On another occasion, all of the schoolŌĆÖs 42 student girls were in the school hall for sewing and embroidery class. As they worked, they could clearly see Sag├®e in the schoolŌĆÖs garden gathering flowers. However, when the girlŌĆÖs teacher left the room for a moment, Sag├®eŌĆÖs Doppelg├żnger appeared, sitting motionless in the teacherŌĆÖs chair. Two girls tried to touch the apparition but were met with an odd resistance and were unable to penetrate the air surrounding the entity. Yet, one girl, stepping between the teacherŌĆÖs chair and the table, passed through the apparition, which then slowly vanished. The girls noticed that on the ŌĆ£arrivalŌĆØ of the Doppelg├żnger, Sag├®e looked suddenly very tired as she worked in the garden. Sag├®e declared that she had never seen the apparition, but admitted that when it was present, she felt drained of energy. The girls noticed that their teacher became pale during the Doppelg├żnger visits.

More recently a lady in America stumbled across a photograph of a girl living in Germany that so closely resembled her friend, it spooked her completely and the 2 are regarded most certainly as each otherŌĆÖs doppelganger.


While many people today still believe in the existence of a double self, some scientists believe the phenomenon occurs purely in the brain and is based on injuries or stimulation to certain parts of the brain, which cause errors in spatial reasoning. Others believe it is the result of a vision or hallucination. This may go some way to explaining how people can look in a mirror and believe they are seeing a 2nd image of themselves, but how would those scientists explain the 2 ladies living hundreds of miles apart, unaware of each other, and yet seemingly so in tune with each other and so alike physically?

There is another theory, and possibly one that in our modern times of open mindedness, is even more disturbing than a supernatural explanation. What if we exist in a parallel universe in which everything in this world in replicated in another dimension, and in some way, at certain times for whatever reason, we are able to witness this other dimension. Would this explain feelings of De-Ja-Vu, or meeting someone and feeling like we already know them or have met them before?

After all, itŌĆÖs highly unlikely that we are alone in this universe, or even that this is the only universe in existence. Many experts believe we are just one of many, infect Physicists have theorized that there could be infinite universes existing next to each other in a sort of giant patchwork quilt, and that that the Big Bang led to other parallel universes being created which now hover just outside of our own. Columbia University physicist Brian Greene, author of the book ŌĆśThe Hidden Reality: Parallel Universes and the Deep Laws of the CosmosŌĆÖ says the latter theory supports the idea that we all have doppelgangers.

ŌĆ£The argument for doppelgangers is pretty straightforward. Assuming that space goes on infinitely far, in any finite chunk, matter can only arrange itself in a finite number of ways, like cards in a deck. You and I are just a configuration of particles, so sooner or later weŌĆÖre going to repeat. Matter can almost repeat its configuration but not repeat it identically. Your physical body may repeat, but your mental configuration can be a little bit different, so there might be an evil version of you, and a version that loves skydiving.ŌĆØ

So we can see that the idea of the Doppelganger go far beyond folklore and ancient superstitions.

Whatever the real truth, belief in the spirit double has instilled both fear and wonder in people for thousands of years and will no doubt continue to do so. After all, the wonder of life is surely its mysteries. While writing this article I considered whether I would ever wish to encounter my doppelganger, and I can categorically say No I wouldnŌĆÖt. Such a meeting would no doubt leave me not only feeling uncertain about the importance of my own life and existence, but also that of my family and those I care about. If we are not individuals, if there are another you or another me out there, then no one is special or unique, and that thought is possibly one of the most terrifying.