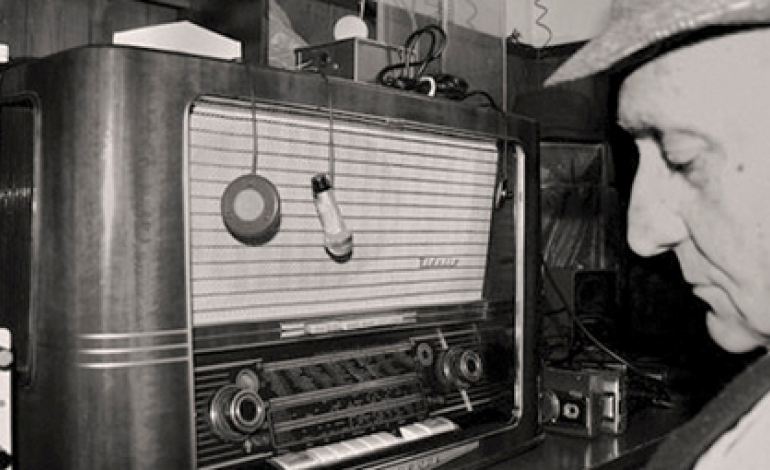 In the 1860s, Scottish physicist James Clerk Maxwell predicted the existence of radio waves. 30 years later in 1895 an Italian inventor named Guglielmo Marconi proved that radio communication was possible by sending and receiving the first radio signal in Italy.

Less than 10 years later, in 1902 Marconi flashed the first successful transatlantic radio telegraph message from England to Newfoundland (America) and from that moment the world would never be the same. Suddenly we had a way of communicating in real time, with someone thousands of miles away. As wondrous as this was, many people could never have imagined that radio waves would eventually support contact with other ranges of human consciousness, including that of the spirit world.

Soon it became the desire of many inventors, to create a machine which could bridge the gap between the living and the dead, possibly most famously Thomas Edison. Edison believed strongly that such a device was possible, and held many secret sessions with fellow scientists, in an attempt to perfect his machine. In a statement in 1930 he announced that the device he would create “would not function by any occult, mystifying, mysterious, or weird means, employed by so–called “mediums”, but by scientific methods”. He went on to say “I am engaged in the construction of one such apparatus now, and I hope to be able to finish it before very many months”.

Ironically Edison died before perfecting his Instrumental-Transcommunication (ITC)device, but his idea became known as “spirit phone” and became a media sensation. Fast forward to 1949 and an Italian gentleman by the name of Marcello Bacci attends a mediumistic sitting in London which will change the course of his life. Bacci would go on to be known as the man who offered the world some of the strongest possible evidence of not only the survival of the soul, but of it’s ability to continue communicating directly with the living.

Marcello Bacci of Grosseto, Italy began to dial in spirit voices through his vacuum tube radio in the 1960s through an experiment known as the Direct Radio Voice Method (DRV). DRV is a method that seeks to obtain anomalous communications directly through the loudspeakers of radios.

Bacci’s early experiments were carried out using the same methodologies as famous experimenters of the time such as Friedrich Jürgenson and Konstantin Raudive.

Frequently the entities contacted are able to refer to listeners by name, respond to questions directly and give detailed information to loved ones, which it’s claimed only their deceased relatives could have known. Bacci’s experiments are carried out in the presence of many people, in his home, sometimes up to as many as 70 at a given time. For those who attend his sessions, there is no doubt at all that they are in direct communication with someone in the spirit world as they claim their voices are instantly recognisable.

To hear the spirit voices, Marcello constantly adjusts the knobs as he tunes into the white noise of the short wave band (between 7 – 9 megahertz).

He tunes into the white noise which is band free. By turning to the knobs to just the right frequency, spirit voices can be heard coming through the speaker and giving messages. The participants can often immediately detect it is the voice of their loved one. The communication can vary from as short as 10 seconds to a maximum of four minutes. The spirit voices are clear and differ from each other acoustically, then once communication has ended, the normal static of the radio returns back like a regular radio.

In general I am not a huge fan of many supposed EVP recordings I hear. Often they are incredibly short, just 1 or 2 words, and very unclear leaving them hugely open to interpretation (auditory pareidolia). For this reason I was absolutely fascinated recently to learn more about the measures skeptical researchers and scientists from across the globe have taken in an attempt to debunk Baccis radio communication…and this is where it gets interesting.

During scientific observations, particular care was taken to see if any external form of transmission device was being used and scientists enclosed Baccis radio in a special cabinet which prevented any form of external radio wave penetrating. This made no difference to the result of the machine, it still transmitted voices and messages.

Professor Mario Salvatore Festa (Professor of Physics at Naples University) took things one step further in his attempts to explain how Baccis radio works. During one particular communication session, when the spirit voices were being received, Professor Festa removed two of the valves from Marcello Bacci’s radio which should have effectively disabled the radio. The spirit voices continued to communicate. He removed the battery from the radio but the spirit voices continued to communicate through the speakers and messages could still clearly be heard much to the amazement of all present. When Festa placed his ear against the speaker he was in no doubt that the voice was coming through the radio.

After exhaustive tests, scientists have been completely convinced that his spirit voices is not a hoax.

On of the elements which sparks my interest is the use of voice recognition software provided by the FBI and used to conduct voice print analysis. Like a fingerprint, voice analysis can be used with near certainty to detect the speaker’s identity. Voice recordings were obtained from relatives of their loved ones when they were alive, and analysed against the supposed spirit voices coming from the radio. Time and time again, these spirit voices have been proven to be almost an exact match, with one voice, that of Chiara Lenzi, matching with an accuracy of 97%. Experts claim that there is no way a voice which matches to an accuracy of 97% can be anyone other than the person in question.

So how could this be possible?

One theory is that Bacci is acting as a Medium, and while not going into trance (Bacci always remains in control of his device) it has been suggested that it is he who is acting as the real communication device, transmitting the energy and personalities of those in the spirit world, through his contact with the radio. This may well be the case, as researchers who have asked Bacci to leave the room and let them attempt contact through the radio have all been unsuccessful. It has since been concluded that in order for spirit communication to take place, Bacci has to be present. Of course this is something which skeptics argue is suspicious, however as already mentioned, none have been able to disprove the abilities of the radio.

The spirits who come through Baccis radio have passed on not only personal messages to their families and friends, but some have even given insight into the afterlife, giving hope and comfort to many, and it seems that it is not only the world f the living which gains comfort from these sessions but also those in spirit.

What follows is a transcript from one of Baccis sessions in which a spirit gives this message:

“Certain persons here are not driven by faith but of curiosity. Many of you apparently come here searching for a sign. Spend your lives wisely and reflect carefully on these extraordinary events.

Dear Bacci, this is a wonderful privilege to be here close to you in such a dark, intimate living room. It is beautiful of you to give hospitality to the spirits.

To the mothers here, who don’t correctly understand what I have been saying, life does not finish on earth when you die, don’t forget this.

There will be a new world. Put away your uncertainties, your doubts, your anxieties.

Dear children, look at me, I am alive here”.

Bacci keeps tapes of every single session he holds, and has a cabinet filled with over 20 years worth of recordings. This statement again comes from a session:

‘Now I can see you: I am in front of those my very dear friends

that are listening to me. All this arouses in myself a feeling of deep joy.’

This half an hour passed together has been a big comfort also for us;

all of our friends know your name.’

Whatever the truth, Marcello Bacci is considered one of the worlds foremost experts in ITC, and is one of the very few people in the field of paranormal research to have never received any negative feedback or evidence against his claims. So if scientists, researchers and experts from across the world cannot debunk Baccis radio, in fact quite the opposite, are left astounded by it, shouldn’t we all be taking a moment to consider the possibility that this could be a real phenomena, whether believer or skeptic?