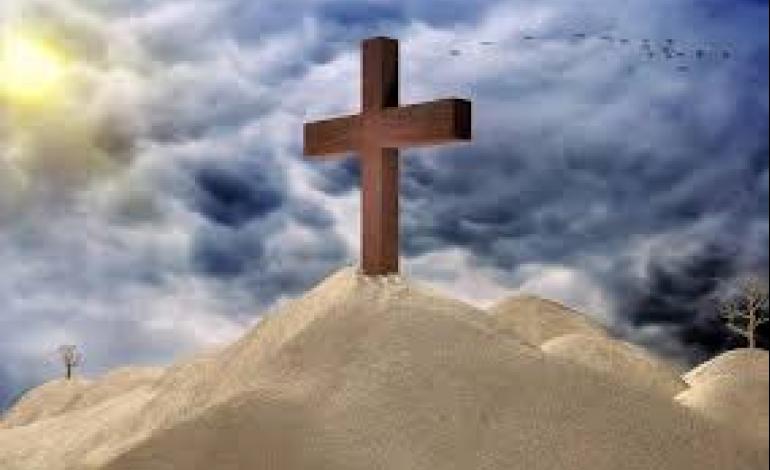 Planet Earth represents the birthplace of re-creation because a diversity of life is being introduced into existence here through reproduction within fractions of a second consistently. When life experiences death here, every living organism transfers into the Whirlpool galaxy which is the 5th dimension where God’s home is located. I have discussed how this happens previously with my work. Planet Earth was created and designed exactly the way Earth and all life is supposed to be here. The Holy Trinity and universal consciousness knew exactly what they were doing to facilitate evolution here and help existence itself evolve and destroy evil forever. Evil has to be destroyed through the final war between good and evil and the evolution of existence. The warfare that has been happening in existence for a very long time has brought about an incredible amount of suffering. When a spiritual awakening occurs the suffering is eliminated and this is what the shift in consciousness is all about.

The Holy Spirit, God and Jesus knew what was going to happen with religion and the human race here. Religion was designed here for two primary purposes; to help with the evolution of consciousness and to destroy evil forever. There has been a lot of conflict and anger with people associated with religion and it is because they have not understood the true nature of why it exists here. There are two primary elements associated with consciousness in existence that are evolving and these are love and fear. Fear is a pressure system contained within the consciousness created from the mixture of light and dark energy. There are two types of fear, fear that drives consciousness together that is in accordance with evolution, and fear that separates consciousness which represents the resistance to evolution.

Evil in existence where warfare is concerned has represented the most powerful resistance to the evolution of consciousness, that’s why evil is live spelled backwards. Universal consciousness and the Holy Trinity had to eliminate the resistance to the evolution of consciousness in existence permanently because universal consciousness has to evolve. This is what is happening now through the final war between good and evil. If this would not have happened too much resistance or pressure would have built up everywhere in the universe and there would have been a gigantic and devastating explosion which would have destroyed life in the universe everywhere. Existence is being healed now through warfare activity and evolution.

The two types of fear that represent acceleration into evolution and resistance to evolution exist here as well. Fear that represents resistance carries such characteristics as resentment, anger, conflict, rage and hatred. This type of fear is evolving into fear that is in accordance with evolution which brings consciousness together. Pressure has had to exist within consciousness and energy everywhere to fuel the expansion and acceleration of space and time; this is what pressure contained within the universe does. A great example is horror movies. People crowd into theatres every day to enjoy the experience of being frightened. This is fear that is associated with good and the acceleration of the evolution of consciousness.

People that have experienced a lot of anger towards religion or God have to do with the subconscious energy. The two primary elements that are undergoing evolution which I discussed which are love and fear exist in a very powerful way within religion and the Bible. In some religions there is a lot of shame and guilt associated with the word “sin”. The word sin is Greek and actually means to miss the mark. This simply means to not understand something. People have not understood religion, the role of the Holy Trinity or what happened with Jesus. When someone is in their childhood development, their light energy is very powerful, which also means their love is evolving. When a child is introduced to

the story about Jesus what they are told through religion, especially very fundamental types of religion is that Jesus was a man who practiced the most powerful love here by helping others and he is the son of God. Then they are told that because his love and teachings became too powerful that he was crucified. They are also told that God sent his only son here to go through this experience for the sins of human beings. Children do not express their concerns about what they are told about with this, they usually just might ask a few questions. This story has to do with a parent/ child relationship. This information is stored in the subconscious energy and can have a very profound effect on the adulthood consciousness. Children don’t express themselves at this particular time but this is a very frightening story. Like I stated before the Holy Trinity knew exactly what they were doing and I will explain why this happened. There is also an element of love and fear contained within the parent/child role and the household.

With the story that was told with religion, God and Jesus there are very powerful elements of abandonment, shame, guilt and cruelty as far as what happened to Jesus. If a child experiences these aspects of consciousness in their household from their parents such as shame, guilt, abandonment and some forms of abuse which might exemplify cruelty this can have a very powerful effect on the subconscious of an adult. Then the individual can experience a lot of anger, resentment and even hatred towards God and religion. First of all Jesus was performing miracles and levitating by walking on water before he was crucified. This means that he moved far away from the human experience and was a superpower before this happened. Pain is a part of the human experience, so Jesus didn’t feel anything when he went through his crucifixion. When a human being dies, their consciousness transfers very quickly, into the Whirlpool galaxy. Jesus was already in a very powerful state of evolution when he was crucified also. Jesus didn’t feel any pain and he did not die either; all of this was just the perception of human beings at that time.

This story had to be told like this and transfer into world consciousness and the human race as a defence strategy for warfare purposes. God’s home contains extremely powerful love and light energy. Human beings and world consciousness had to be subjected to abandonment, shame, guilt, anger, resentment and even hatred associated with this story, God and Jesus. What happened with evil beings in existence is they were good beings and they were deceived by the devil and other evil beings. They became separated from love and goodwill in a very powerful way. The abandonment, shame, guilt and hatred in evil beings are hundreds of times more powerful than what a human being experiences. Evil beings transfer all of this out of their consciousness when they war and this alleviates their suffering. The love and light energy that evolves through childhood development in world consciousness had to be conditioned by these aspects here because Earth’s consciousness is attached to God’s home. There are also children who transfer into God’s home from planet Earth a lot. This perception of religion, God, Jesus and what happened here conditioned consciousness for the defence and protection of love, light energy, the human race, God, Jesus and especially children in the 5th dimension. It all has to do with spiritual Armor because of the spiritual warfare that is occurring