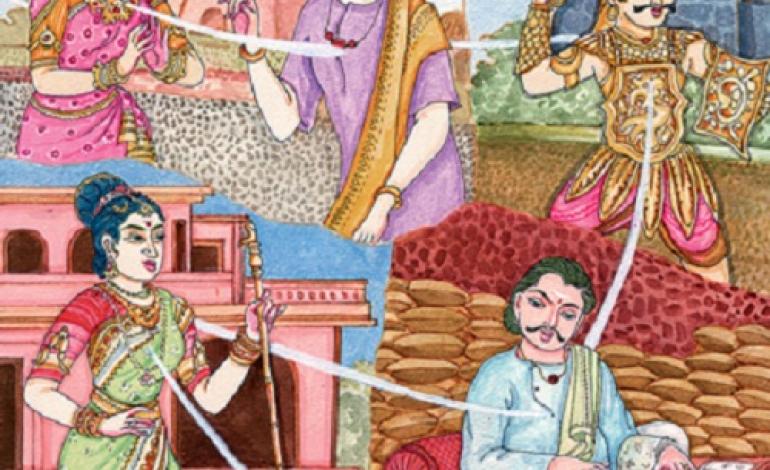 “Have you ever met someone for the first time, but in your heart you feel as if you’ve met them before?” ― JoAnne Kenrick, When A Mullo Loves A Woman

Centuries have since passed on age-old conversations on past lives but the topic of Reincarnation is very much alive and well amongst the living! There are many forms to this subject matter and when we comprehend these layers, we can peel them back slowly to further understand how we got here, from where and to where is it that we are going.

Transgression and past lives may potentially collide with one another in one’s current life as we go about our day-to-day affairs. The after-life is one thing, but deja vu and that feeling one gets of familiarity, can be quite often disturbing. For many, it is a feeling of unknown origin and often times swept away like dust beneath the carpet. Hypnotherapy is utilized as a way to regress individuals to that past that seems so familiar to them. Answers are being searched to the why’s and why not’s. It is hard to convince others that we have been here before.

People are inter-connected with their past. If one has visited a place or met a stranger it can become a part of one’s subconscious, but there’s a reason for it. Perhaps hidden messages await. One can equate it to going ‘back’ to search deeper until we pass…again. Some may never know this information, but if one reads Edgar Casey’s book on the Akashi Files, explaining that life files are stored for us one may have to think a bit more on the topic of past lives. Is there more to this then meets the eye?

Humans beings are not in a portal but are potentially surrounded by them. Portals in fiction is a magical or technological doorway that connects two distant locations. Portals are a common concept in sci-fi and fantasy fiction. Either you must step through the frames of an object (a mirror, a gateway etc.), which serves as a portal, or, when they stand alone, the portal will commonly appear in the form of a vortex of energy. Energy is linked to any ghost or spirit thus leading you down the path of orb phenomena and all the others following suit. A less common portal form is what is called the Portkey, and is simply used when it is touched; whisking the person off to the place the Portkey was linked to. Somedays we all could use a good Portkey.

Like the hose and nozzle at a local gas station, one knows where it begins, where it fits and where it remains once your done using it. But, does a portal remain open or can it close? Quite possibly it is mobile and moves about as everything else in the universe does. Based on that theory and fact, life is in constant motion and people are on the back of its short ride, until one has to get off for the next crew to take a spin and continue.

Perhaps one needs to ask the question on what is a portal and where does it link? Does a portal link to a different spot in the same world (in which case it might be an alternative for teleportation); a parallel world (inter-dimensional portal); the past or the future (time portal); and other planes of existence, like heaven, hell or other afterworlds?

If one doesn’t believe in an afterworld or another world other then the one they currently reside in, okay. However, on that flip-side based on past experiences, theories, science and so forth, nonetheless can be very informative information. Portals are similar to the cosmological concept of a wormhole. This branches into out of body experiences in which one leaves their body still connected by a thin (umbilical-like) cord that will link one back to their body when done traveling. This equates to an unconscious bungee jump!

Reincarnation, literally meaning, “to be made flesh again”, and is the belief that some essential part of a living being (in some ways only human beings) survives death to be reborn into a new body. Once again, this states it is a possible connecting from one’s past thrusted into one’s current life status. Reincarnation is referred to as the Spirit or Soul, the ‘Higher or True Self’, ‘Divine Spark’, ‘I’ or the ‘Ego’ (not to confuse one with the ego definition by psychology terms.) According to these beliefs, a new soul begins again for each life in the physical world, but some part of the being remains constantly present throughout these successive lives. Is it possible that one’s past portals are one’s doorway to reincarnation?

Is this the bus one gets on when it’s time to hit the next stop?

Belief in reincarnation is an ancient phenomenon. Today, it has been adapted into society. It is just as fascinating as ghosts only more so, by ways of thinking that one could recycle themselves like a can of Coca Cola! Diet for me, please. The majorities of society who do believe…come from Indian religious traditions, such as Hinduism (including Yoga, Vaishnavism, and Shaivism), Jainism, Sikhism, Ancient Greek philosophers and many modern Pagans. Some New Age movements, along with followers of Spiritism, practitioners of certain African traditions, and students of esoteric philosophies such as Kabbalah, Sufism and Gnostic and Esoteric Christianity, also believe. The concept of Rebirth (reincarnation) comes from the Buddhist. New Age movements feel there is no “self” (or eternal soul) to reincarnate. Cultures all have their way in describing their thoughts and beliefs.

During recent decades, significant minorities of people in the West have developed a belief in reincarnation. It appears in the field of entertainment, contemporary books and popular songs: where the subject reincarnation is, regularly mentioned, as well as “coming back” or “I have been here before”. Some researchers, such as Professor Ian Stevenson and Dr. Hans Holzer Ph.D., have explored the issue of reincarnation and published suggestive evidence. Some skeptics are critical of their work and others say that more reincarnation research is needed. For all we know, there’s a UFO portal station lingering about space and some alien named Henry is in-charge!

In a fairly typical reincarnation case, to quote a true story here is an example. “A boy in Beirut spoke of being a 25-year-old mechanic, thrown to his death from a speeding car on a beach road. According to multiple witnesses, the boy provided the name of the driver, the exact location of the crash, the names of the mechanic’s sisters and parents and cousins, and the people he went hunting with - all of which turned out to match the life of a man who had died several years before the boy was born, and who had no apparent connection to the boy’s family.”

It was felt that this strict method ruled out all possible “normal” explanations for the child’s memories. However, it should be noted that a significant majority of Professor Stevenson’s reported cases of reincarnation originate in Eastern societies, where dominant religions often permit the concept of reincarnation. Following this type of criticism, Stevenson published a book on European cases suggestive of reincarnation. The most obvious objection to reincarnation is that there is no evidence of a physical process by which a personality could survive death, and travel to another body. Researchers such as Professor Stevenson and Dr. Hans Holzer from ‘Life Beyond: Compelling Evidence for Past Lives and Existence After Death,’ recognize this. Another fundamental objection is most people simply do not remember previous lives, although it could be argued that only some, but not all, do reincarnate.

Again, one is left to one’s own devices whether or not one believes. If one experiences it, they may then believe regardless if it is based in the past, present or future life. Having some sort of belief in anything is comforting even if it is intangible, and based on feelings, emotions from digging deep within oneself. There seems to be an overflow of negatives in the world to not try and believe in something positive.

Some skeptics explain that claims of evidence for reincarnation originate from selective thinking and the psychological phenomena of false memories. They say this memories often result from one’s own belief system and basic fears, and thus cannot be counted as empirical evidence. So, the need for more reincarnation research will always be at hand, as with any other stormy topic under the paranormal umbrella.