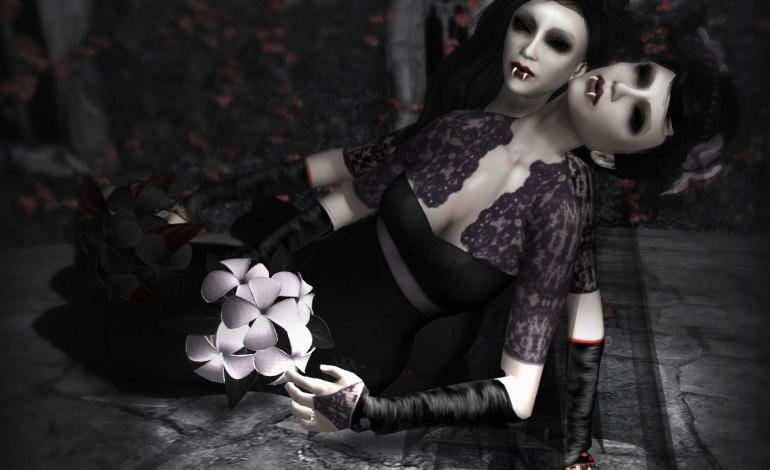 An opportunity in 2014 sparked what was already a simmering interest in all things Victorian and macabre. I came across a supposedly genuine Victorian Vampire Hunting kit and couldn’t resist. What a wonderful addition to any office! It is alleged that many were made in the 1800s ranging in size and content. Anyone googling images of “vampire hunting kits” will be met by an array of examples. All containing a crucifix, holy water, bible and wooden stake, with some high end kits also containing a pistol, silver bullets and a variety of ‘tonics’ which would supposedly save any vampire hunter from ‘changing’ should he/she become bitten.

But who were these people supposedly tasked with hunting vampires? Is it all just part of a wonderful fantasy?

Let’s take a look into the distant and recent past to see if vampire hunters existed and how they have become a part of mainstream society’s vampire folklore and legends.

Just as there are legends of vampires dating back hundreds of years, there are also legends of the people who hunted them. Vampires have long been regarded as a menace to society, feeding off the blood of the weak and innocent. If vampire hunting were a real occupation, it would have been their main purpose to rid the world of this blood-sucking monster.

The modern day take on vampires, generally speaking, is that they are just a part of fictional imagination. They are a character in a Hollywood movie, or maybe the lead character in a romantic horror novel. And of course, they are a firm favourite with Halloween partygoers in need of a recognizable costume. But if we were to travel back in time to ancient parts of the world, we would see that a superstitious belief in vampires was very real, and it was not something to be taken lightly. Vampires were thought to be demons, coming out at night and feeding on the blood of whomever they could catch. They looked nothing like the romanticized, handsome versions of vampires we have today. In fact, they were monstrous and grotesque in comparison and something you would certainly not want to invite towards your neck. In the 17th century while witches were being accused and persecuted, so were the suspected “undead”.

There is evidence that in places like Bulgaria, Serbia and Romania there were professional individuals employed by officials to seek out and execute those believed to be vampires. Not just anyone could step forward to take this role however. If you wanted to be an effective hunter you had to have been born on a Saturday. It was believed that if you were you would have the ability to see vampires even when they were invisible to others. The most successful hunters of the time however were those known as a Dhampir – that is, created following the union between a vampire and a human. An individual believed to have half vampire blood running through their veins.

In Croatian folklore each village had it’s own Kresnik (vampire hunter) who, before setting out to look for vampires would be fed meat from a sheep recently killed by a wolf. It was believed that this would instill in the Kresnik a fearlessness that would aid them in their work.

So how did these local legends and beliefs filter through into the mainstream consciousness?

The most famous vampire is, of course, Bram Stoker’s Dracula, though those looking for a historical “real” Dracula often cite Romanian prince Vlad Tepes (1431-1476), whom it is said that Stoker gained inspiration from. Known as Vlad the Impaler following his death, due to his favored method of killing, many believe that he didn’t deserve this reputation, although he did have a disturbing taste for human blood.

100 years later, and the behaviour of one Countess Elizabeth Bathory comes to light and fuels the notion that we are warring against vampires and their wicked desire for blood. Bathory is said to have bathed in the blood of at least 650 children, all servant girls, whom she tortured and murdered.
Whilst researching this fascinating topic, I was amazed that each decade seems to have at least one prolific, professional vampire hunter noted in historical records.

In the 17th century in London, the problem of vampire packs was apparently growing, especially in quieter wooded areas on the outskirts of the city. The vampires typically chose lonely areas of woodland like Hounslow Heath, where the roads to Bath and Exeter crossed.

They targeted stagecoaches and the post-boys who carried the mail. Sometimes the vampires drank the blood of their victims; sometimes they turned them. In a desperate effort to rid themselves of these attacks authorities at the time recruited a convict by the name of Digby Wolfe. Wolfe had spent most of his adult life as a highwayman, or coach robber.

His skills on horseback were unmatched, English officials reasoned that an experienced highwayman like Digby would be the ideal foil against these roving vampire packs, so they offered him a choice: 20 years at London’s notorious Newgate Prison, or service as a vampire slayer for His Majesty Charles II. Digby apparently ridded London of around 1000 bloodsuckers during his 7-year employment.

I also came across the records of “Red Jack"Averill from Tennessee. This man is noted as being one of the most successful ‘freelance’ Vampire Hunters ever. Born in 1811, “Red Jack’ so named for his red hair, often accompanied his father on expeditions into the wilderness of the Shenandoah Mountains. As a teen, Red Jack befriended the local Chickasaw Indians and learned from them how to track and hunt vampires. He later enlisted in the U.S Army and fought in the America-Mexican war. One night while his platoon was sleeping in the desert outside Mexico City, it is believed that vampires attacked them.

Once morning broke, Jack discovered a silver mine, which he entered, carrying nothing but his sword. When he emerged he was carrying the heads of several vampires. After the war he took his vampire hunting skills to the West where he was frequently hired to clear out gold and silver mines of vampires, for which he was rewarded well. When the Civil War broke out in 1861 Jack was enlisted by the Union to clear out packs of vampires from the woods of Virginia. Unfortunately it seems that Jack had a weakness for liquor, and in 1870 after an evening of heavy drinking in Vienna, he was ambushed and killed, ironically by a pack of vampires, while walking back to his hotel.


As entertaining as these stories are, can there really be any truth to them? Well, as the old saying goes there’s no smoke without fire, and the fact that there are any records at all detailing these characters and their roles does suggest that at least for some people, the belief in the supernatural forces of evil was very real.

Dr John Edgar Browning from the Georgia Institute of Technology warned in April this year that “vampires are real and they are living amongst us”, however he pointed out that we have nothing to fear from them.

Dr Browning spent time studying real life vampires in New Orleans and found that while they were “difficult to find” they were often “quite friendly”. He added that while they do not turn into bats or hold the key to eternal life, that doesn’t stop them from giving themselves the term ‘real vampires’.

From his experiences he found that only very few actually sleep in coffins or have fangs, and they integrate as much as possible with society.

He concluded: ‘Real vampires can and do exist in both “normal” society and their own communities, and that’s okay.’

So that’s it. Apparently it’s ok. I’m not sure how comfortable I am with the idea of someone with blood thirsty tendencies living next door to me…although I suppose I don’t have too much to fear, after all, I do have my hunting kit.