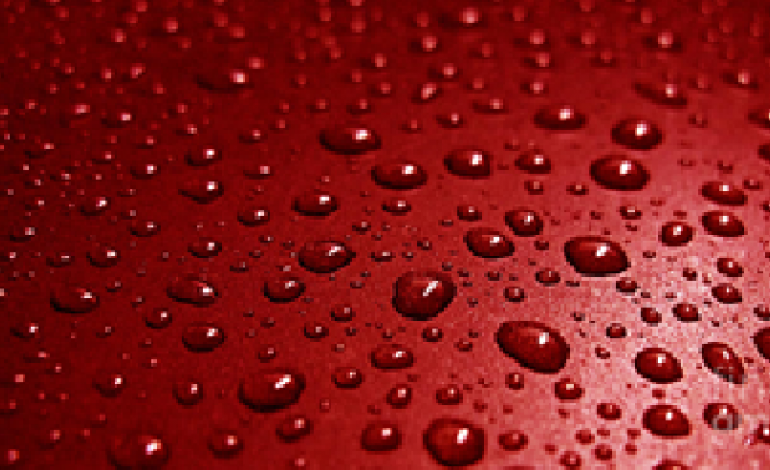 Sitting here in our local burger joint, taking a few moments out of the house for some writing time, I watch through the plate glass windows, seeing the growing darkness as the sunset draws near but also as the clouds in the sky, heavy blue-purple rain filled things, threaten to unleash themselves upon the town of Marion at any moment, casting shadows on the ground and cooling the air rapidly.

Rain… It came the night before last long and drenching before tapering off only to circle back around for another round today, this cool and shadowy Monday afternoon. I watch in silent horror on the news, MSNBC, as the footage unrolls relentlessly of the bombing attacks that took place at the finish line of the Boston Marathon, the dead and the bloody laid bare for all to see in the worst humanity can do for each other; among the dead, an eight-year old child. There was no warning, no clues. Both sides of the country immediately go into political spin mode and it makes me want to vomit at times such as these, when people get wound up and sucked into their own black-hole conspiracies.

Going back to my laptop and reference books, I try to focus on my piece for my blog. I would like to apologize first, for being so late in updating it. I have not forgotten it, nor have I abandoned it. I was going to write a piece on the Bermuda Triangle but decided that I would like to expand this blog to cover more than just haunted places but also paranormal events, creatures and paranormal news items.

Today’s entry is about rain. Weird rains tend to rains that are not made of water but from every other imaginable substance or objects one can imagine.

Weird rains are a phenomenon that has been recorded for thousands of years, across the world and in nearly every culture. From the Bible to the local news station, weird rains have been occurring with frequency, each one gaining attention from everywhere. Some rains occur more than once, some never occur again. What are some examples of weird rain?

Weird rains can be composed of many things; from fish, to live frogs, snakes, slimes (usually jelly fish or fish/frog spawn), mud, and even flesh and blood. Usually they are isolated to short duration events, lasting less than five minutes. Some notable examples:

The town was pelted by a sudden rain of frogs. A newspaper from that time reported: “….When the storm was at its highest, there appeared as if descending directly from the sky a huge green mass. Then followed by a peculiar patter, unlike that of rain or hail. When the storm abated, the people found, three inches deep and covering an area of more than four blocks, a collection of a most striking variety of frogs….so thick in some places that travel was impossible.”

Harold and Degen’s front lawn was covered with about 800 sardines that fell from the sky during a light shower. 1956: Chilatchee, Alabama: A woman and her husband watched as a small dark cloud formed in the sky. When it was over their heads, the cloud released its contents: rain, catfish, bass and bream…all live fish! The cloud then turned white and vanished. As I said before, fish and frogs aren’t the only strange things to rain from the sky during storms. How about something a great deal more disturbing: flesh and blood!

The American Journal of Science confirmed a shower of blood, fat and muscle tissue fell on a tobacco farm. Field workers who actually experienced this weird shower heard a rattling noise and saw “drops of blood” as they reported fall from a red cloud that was flying over.

Mrs. Allan Crouch, the wife of a Kentucky farmer, was in her yard making soap one cloudless Friday in 1876 when a downpour of meat flakes began falling around her. A correspondent for the Louisville Commercial reported that “two gentlemen who tasted the meat expressed the opinion that it was either mutton or venison.” Subsequent analysis by scientists showed it probably was the former. Dr. L.D. Kastenbine, a professor of chemistry, wrote in the Louisville Medical News in 1876 that the “only plausible theory” was “the disgorgement of some vultures that were sailing over the spot.”

A clear gelatinous substance fell from the sky in a torrential downpour in the Everett area of Washington State. A similar fall occurred several times in 1994 in Oakville, Washington. The Jell-O-like small blobs, transparent clear-white in color, contained human white corpuscles, an iron like substance, and some virulent bacteria that made people sick when touched. Animals such as kittens and dogs exposed to the material died quickly. Eventually the slime abated and people also reported seeing black helicopters during the outbreak. What is one to make out of all of these reports? By no means is this the full list of recorded “weird rains”. What could cause such phenomena? Many scientists feel that in the case of fish and frog, frog spawn and jelly fish as well as other aquatic life, the animals are picked up during storms in water spouts, carried long distances and then fall over areas.

This explanation is pat and par for the course when most scientists are asked about these events but that does not explain every instance. I have never witnessed such a rain but given how frequently they occur, it may happen yet. I believe that further investigation needs to be done by academics, meteorologists and zoologists into these events with unbiased eyes and ears to see if a proper explanation can be found. Until, then, what should you do if you get caught in a weird rain?