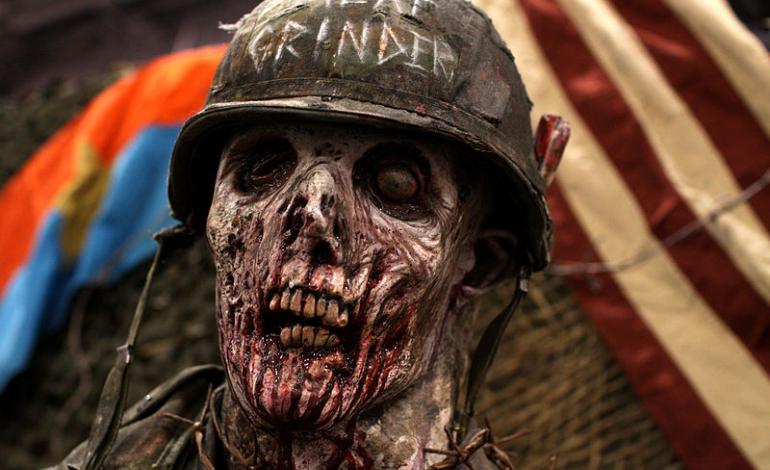 My niche as a paranormal investigator has typically been focused on hauntings, although I have done some research into other avenues such as Cryptozoology, Ufology, and Zombification. There have been many incidents of reported zombies. Most of these reports are centered around the practices of Voodoo. Voodoo is a religious belief that has its roots in Haiti and has been labeled as ‘Black Magic’ by many. Hoodoo, on the other hand, is actually a folk magic belief, not a religion, that stems from Africa. It is in an unusual mix of natural ingredients and their chemical properties and contents that the alchemy of many Voodoo ‘potions’ get their power. The most famous of these potions is the zombification potion. Metabolism and bodily function slow to such an unbelievably low rate, that a person who ingests this potion, or poison, appears to be dead. The heart rate weakens and slows as does breathing to such a dramatic degree that without a medical examiner, most would assume the victim had met their demise.

It is the Voodoo priest or priestess who delivered this potion, or one of their followers who would unearth the ‘dead’ person and then wait for them to reanimate. The zombified person usually suffers from extensive brain damage and had given us (and Hollywood) the visual image of the walking dead. Most cannot speak, move sluggish and awkwardly, and do not recognize other people, including relatives. Unlike the Hollywood standard zombie, the Voodoo zombie is not a flesh eating monster who must have their brain destroyed to stop their relentless search for flesh.

The fear of encountering a Voodoo zombie, although quite chilling and creepy, was only slight. The more terrifying thought, especially by those who lived in areas where Voodoo has been practiced regularly, was the thought of being turned into a zombie.

The cliché of a ‘zombie apocalypse’ is not unrealistic, but not at all related to the original condition labeled as zombie. When watching a video of a young woman who had been infected by mad cow disease, I witnessed what appeared more like an actual human zombie than any real thing I had ever seen before. Mad cow disease will actually ‘eat’ holes in a victims brain causing loss of memory, purpose, and motor skills … eventually resulting in death (not the desire to consume human flesh). While this disease has not been wide spread, it did, at one time, have the potential to be. The worst outcome would have been many people dying or being debilitated.

Rabies, on the other hand, is a viral disease that is spread in the same way as we assume the zombie virus would be and animals who have this virus, display many of the characteristics associated with a ‘zombie’ as it is typically thought of in modern day terms. Behavioral changes occur first and usually are referred to as ‘vicious’ or ‘furious’. An animal is more likely to bite or attack when it is rabid.

It is my personal belief that if there were ever to be an actual ‘zombie virus’, it would be a mutation of an already existing disease or some mutated combination of viruses. A mutated combination of rabies and mad cow, that people would be susceptible to, could result in qualities such as lethargy, mental unawareness, viciousness, and desire to ‘bite’ those who come near. Should a viral strain like this occur, considering that both of these diseases take days, if not weeks, to show symptoms, it could very well become an epidemic before it is diagnosed or even recognized. If this virus were to be present with such a long incubation period, it would very likely be spread throughout the world before the medical world and the CDC even knew it existed.

Voodoo zombies have been documented as existing, but are not a worry unless you have an altercation with a Voodoo priest or priestess. A zombie virus, to our knowledge, does not exist…yet, and therefore is not a threat. My advise is this- Do not worry, do not be afraid, instead, be prepared. I am not a doomsday prepper, but I think everyone would be wise to be prepared for any type of catastrophe. Whether it is disease, nuclear fallout, foreign or terrorist attacks, natural disaster, or the future ‘zombie apocalypse’ the preparations are very similar: A safe place, plenty of food and clean drinking water, medical supplies, plenty of fuel (including batteries, wood, accelerant such as charcoal lighter fluid), and some forms of communication including a battery powered radio and two way radios.