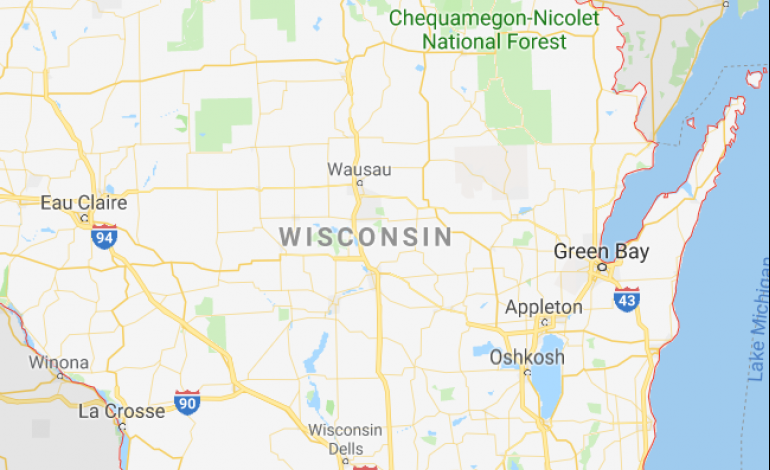 Every so often we will personally hear about a report or incident which seems more unusual that the average unexplained encounter. In this case, there was something about this particular event which was definitely a head scratcher and warranted extra thought, something that stuck with me enough to share this man’s experience with you all. To protect the experiencer’s identity, we’ll refer to him simply as Doug.

I don’t see Doug very often. Every once in a while, he is an older gentleman who l consider a friend. One day Doug and I crossed paths. He asked me if I had a minute. I told him l did, and asked what was up? He said that he had a most unusual experience in the woods one day almost fifty years ago, and that he wanted to tell me about it because he could never explain it. He knew that as a historian of the unknown and unexplained, there was a chance that I may be able to explain to him what had happened. So l bade him to tell me, and this is what he relayed back.

One day almost fifty years ago, Doug had gone deer hunting in a remote forest somewhere between Antigo and Merrill Wisconsin, USA. He walked deep within and found a random area with a stump on which he could sit. He noticed that there was a two foot long board sitting right next to the stump. This told Doug that someone had sat at that old stump at least once before. He had no idea what the board was used for or why it was there, and really didn’t care.

So Doug sat himself down on the stump with his rifle resting on his lap and across his legs. He was ready to raise, aim, and fire at any deer which came along that fit the bill. He was there for a while, sitting patiently and enjoying the day while waiting for his chance.

All of the sudden out of nowhere BANG! A loud gunshot or exploding noise went off right in front of Doug as he was quietly sitting there. The force of it was so strong that it literally sent him flying back off the stump and onto the forest floor many feet away. He said it was as if something had picked him up off the stump and threw him backwards to land right on his back. WHAM!

As Doug lied on his back directly after the loud bam, his first thought was that he was shot. He put his hand on his chest and looked at it to see if there was any blood. There was none. He then sat up, still in a daze. He looked at his chest and front. There was nothing out of place. He realized then that he was physically alright, which was a huge relief.

Doug then looked around his environment. Before that happened he noticed absolutely nothing. And now it was the same. Nothing. He could see nothing moving around, standing there, or running off. All was quiet. He then checked his gun, thinking that perhaps it had gone off accidentally. But that was not the case. His gun had not fired.

Needless to say by this point Doug was freaked out. So he decided that he was done hunting for the day. He thus left the area and returned home to further contemplate that unexplainable gun shot or explosion which seemed to go off literally right where he was sitting. Not only was it loud and audible, but also physical. This is important. Some force sent Doug flying backwards to the ground. That means that this was not some hallucination or figment of his imagination. This literally happened.

Doug was not looking for attention or pulling my leg. On the contrary. I know Doug to be a decent and honest man, and he is well liked because of it. I truly believe his account. I could tell that he was being sincere and was honestly complexed by what had happen all those years ago. “So, what do you think?” he asked. I told him there some fringe theories which came to mind and might be able to explain this.

The first was a parapsychological theory regarding residual haunting’s. I asked Doug if anyone had been shot or died out there before. He told me that he did not know. Technically he was in the middle of nowhere. Yet there was a board sitting right by the stump, meaning that someone else had been there before.

But there was a nothing else to indicate that anything resembling what Doug had experienced had ever happened there before. The idea being that perhaps Doug’s presence in some way triggered a past event to play itself out again, such as a gunshot. The odds that he would be in the right place at the right time to experience an anniversary haunting (a type of residual haunting) are quite fantastic. That is why his energy is suspected to be a trigger, assuming this theory is the correct one in this case.

Residual gunshots or cannon fire have been reported by people for centuries. Places like battlefields, trap shoots, locations where murders or suicides have taken place, all of which have experienced this phenomenon. It’s not always a car backfiring in the distance, fireworks, or a real shot going off in real time.

There are other parapsychological theories which could be considered, although more unlikely, such an intelligent haunting or poltergeist (psychic kinetic) activity of some kind. The issue with these theories are that ghosts usually don’t pick up and throw someone with such force, let alone with a bang no less. That kind of strong phenomenon generally tends to be considered more demonic in nature.

However, there needs to be a host of other things going on that are associated with oppression or possession to take place before we can call anything demonic. None of which is present in Doug’s case. Demonic activity usually is an ongoing oppression which doesn’t tend to let up. Again, Doug has had no other issues whatsoever. Just one bizarre experience.

Not to say that a location where satanic rituals were conducted couldn’t have a resident demon present who may attack those who violate that space. This is also technically a possibility and has been reported on occasion before by people who suspect they have attracted unwanted attention.

Jennifer was attacked one time by a demonic force years ago when she conducted a medium walk. In her case, she experienced activity in her home directly after the attack. In Doug’s case, there was nothing present to suggest that he had picked a ritualistic site for entity worship & he received no after visits which are reported at times, as in Jennifer’s case. So although it is technically possible, it’s not so probable in Doug’s case.

As for psychic kinetic activity, Doug does not meet the general criteria. He is not a teenage girl or woman going through menopause, nor was there one present, and this was only a onetime thing. So for the parapsychological theories and the demonic one we just looked at, the residual triggered haunting seems the most plausible candidate.

However, there is yet another theory which comes to mind. A paracryptozoological one. Some people have reported unusual phenomenon in association with forest cryptids like Bigfoot or Dogmen. Other people refer to these kind of beings as forest spirits. Different kinds of phenomenon we would refer to as metaphysical or paranormal.

One of those theoretical ideas has to do with infrasound. The idea that a forest creature of mystery could protect their turf with a sonic blast which can knock someone off of their feet. This wouldn’t be the first time this kind of phenomenon was reported or suggested. Could employing such a force cause a disturbance like a loud bang in the environment as the metaphysical phenomenon is taking place? We don’t have the answer for that, but it has been suggested before in the paranormal community as well.

I shared this information with Doug. After l told him about the paracryptozoological theory, he told me that once before he seen a wolf in those same woods. A lone wolf fifty years ago when they were hunted to (near) extinction. He never saw it approach him. All of the sudden it was there right in front of him. They stared at each other for a few moments before the experience was over. There was nothing supernatural witnessed. But it was the first thing to come to his mind when l asked him about seeing any unusual wildlife out there.

I shared with Doug what I knew about these different theories. He thanked me. I asked him if I could share his experience as long as l promised to keep his identity secret. He said yes, and we will. I believe his account and thought it would be interesting to get some feedback such as similar experiences or possible theories, paranormal or otherwise from those who read this and contemplate the possibilities.

Then I could relay any pertinent information back to him next time we talk. We will also look into the specific area he mentioned which l have kept private from the public. If we learn of past events which have occurred in those woods, that could shed some serious light on what may have happened, or may be happening out there. As the article is named, a bizarre incident indeed.

Authors Note: For more information on paracryptozoology, the fastest growing field in the unknown and unexplained, which offers possibilities or possible explanations to some of the high strangeness which is reported with a percentage of cryptid cases or strange outdoor events, check out the paracryptozoology like page on Facebook for articles on the subject.

Also check out this link to one of our articles we wrote for The Supernatural Magazine concerning the field of Paracryptozoology. This particular link discusses some different Paracryptozoological theories present in the field. Peace, blessings, & best wishes.