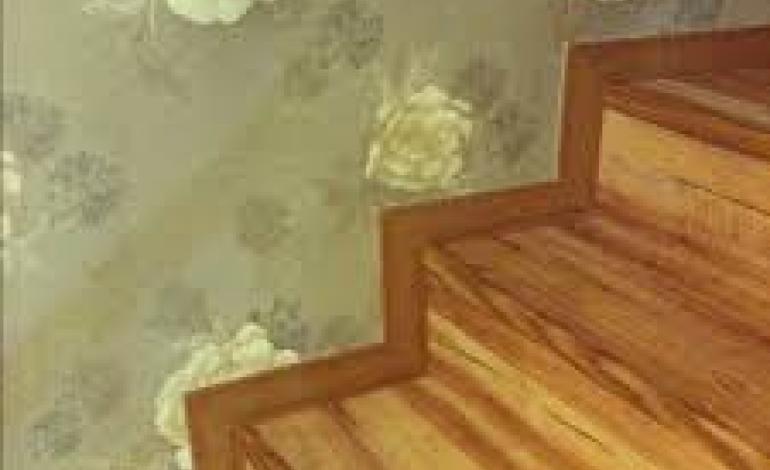 In my previous article I explained how the paranormal activity had seemed to have caught up with my family once again. Somehow I felt that whatever was in our old home had followed us to our new home.

The house was a 2 bed semi detached on a council estate, it had been empty for 6 months since the previous owner had died. There was a lot of work to be done internally, not just the décor which was something left to be desired. The house still had the old style 2 coil wiring all the way through and the walls downstairs all needed re-plastering.

For the first 2 weeks we did not live in the house because of the amount of work to be done, we went everyday and worked till dark (as there was no electricity until the wiring had been finished). It was about this time that a few ‘incidents’ occurred which to be honest I didn’t pay much attention to. Small things really, a paintbrush going missing, paint being moved, wallpaper that seemed to be pulled and ripped from the corner after it had just been hung.

You play things like that down, blame each other or just accept it. It wasn’t until our first night sleeping there however that it changed…

We had arranged for family to look after our daughter overnight as we had only managed to move in one bed and a few bits of furniture and our TV, Video etc so we didn’t want to leave all of that inside an empty house that didn’t even have curtains in yet.

It must have been just after midnight, we were lying in bed talking about plans for the house when we heard it.

The front door slammed shut! we both looked at each other, whispered “what was that?!”

My heart was pounding, I wanted to sit up, but I was afraid the bed would make a noise and attract attention.

“Go and see what it was!” I hissed at my husband

Great I thought, we were being broken into and he wants me to play hero! I listened as hard as I could. I was worried, this house had been empty for months and we weren’t living on the most desirable estate. I thought whoever it was down there was about to help themselves to our property.

I broke from my thoughts as we heard footsteps in the hallway. We had no carpet down yet so that every noise echoed through the house.

I grabbed my husbands arm and whispered what were going to do?

He was just about to answer, but then we heard the thudof heavy footsteps… coming up the stairs!

I sat bolt upright and grabbed the nearest ‘weapon’ I could, which was a can of hairspray. We both stood on our side of the bedroom door, waiting for what seemed the inevitable. We listened to the footsteps, still heavy and thunderous throughout the house were getting closer. I counted in my head, there was a break in the stairway then three more steps to the landing.

One, two, three… The footsteps stopped, they were at the top of the landing. My throat was dry and my heart pounding so much.

We heard the foot steps move across the landing towards the bathroom, stop then walk again to the other bedroom. Then we heard what we were both dreading, the footsteps coming towards us. My husband had hold of a curtain rail that we hadn’t yet put up, raised above his head waiting for the intruder to enter our room.

We heard heavy breath behind the door and a terrible feeling of fear washed over me, suddenly followed by anger! This was MY house, how dare they break in! Before I knew it I grabbed the door handle and pulled the door open and yelled “GET OUT”

There was no-one there.

We ran into the small bedroom

Still, there wasn’t any sign of anyone there either.

I looked at my husband who was checking the bathroom, that was empty too.

This didn’t make any sense, we would have heard those footsteps running back downstairs!

We looked at each other and braced ourselves as we headed to check downstairs.

As we started to ascend downstairs the staircase creaked as it had when we heard the footsteps before. We approached the bottom of the stairs and I froze.

The front door was closed and had the security chain still across it!

We had definitely heard the door slam.

We checked all of downstairs and everything seemed to be just fine. We went back upstairs and sat on the edge of the bed talking and trying to find an explanation of what we had heard.

I half heartedly joked that maybe the old lady who died here didn’t like the decorating we were doing, but we both exchanged glances that confirmed I may have been right.

That night we hardly slept, both waiting for another incident. Nothing more happened that night, but looking back it was the beginning of 3 years of hell.