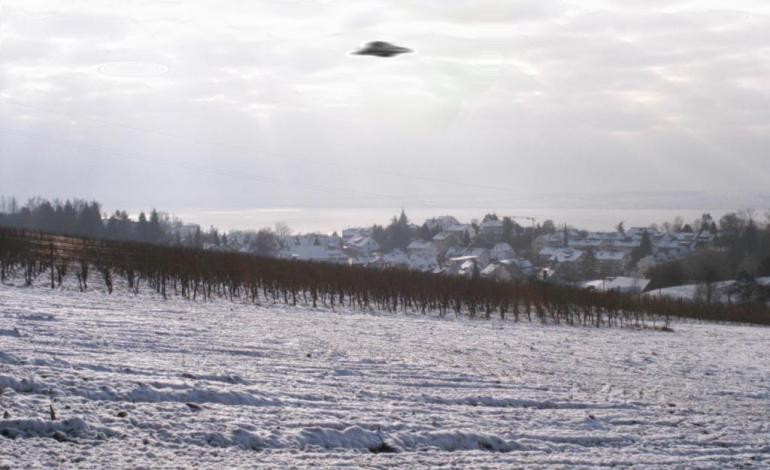 Sometimes when ufologists receive mysterious aerial reports from witnesses, they aren’t the traditional flying saucer or craft type of reports which are typically common in this field. Rather, some reports can seem more metaphysical opposed to the nuts & bolts kind of stuff we’re more accustomed to, which also may be easier to explain away & many times are mistaken for UFOs.

But for the reports which are more unusual & out of the norm, even for ufology, some aren’t quite so easily explained away. This is about one of those reports.

The best accounts we can share with our readers are those reports which come from a first-hand source. In this case, l am the first hand source. I have had three major UFO or UAP sightings in my 44 years. All three of them were separate & apart from one another & were all distinctly different from one another. Two of those incidents have been documented here in The Supernatural Magazine in past articles, as Jenn & myself write for SM on a regular basis. The third one (this one) however, has never been shared anywhere else in writing…until now.

This happened during the summer of 1999 in Woodruff, Wisconsin (United States). It was a typically warm summer’s day & I was by myself fishing off of a dock on Arrowhead Lake. There were partly cloudy/partly sunny skies that day. The clouds were spread out all across the sky relatively evenly. It was a warm & humid day like any other, a good day to go fishing or swimming.

Every so often as l was fishing off the pier I would look to the sky for no other reason than to soak in all its beauty. I was fishing for about an hour when l happens to look up & to my surprise I noticed something I have never seen before or since.

What I noticed was a massive rectangular outline shape in the sky. I say outline because it appeared to be transparent, or to say “see-thru” in the fact that the clouds were visible both inside as well as outside the shape, which seemed perfectly symmetrical & not something we usually see nature make.

Imagine if one held up a large piece of glass toward the sky & looked at it & through it. What one would see would be a large rectangle shape which one could clearly see through, however the border would clearly be visible & unmistakably man-made as well. This is what it appeared like to me, except I wasn’t holding up a rectangular shape piece of glass to the sky.

If I had to guesstimate as to the size of this, l would say it was at least as big as a football field, possibly quite larger. I say that because the clouds were the average height in the sky that we normally would see, so this square could have easily been larger than a stadium for example because it covered a good chunk of the sky. If one were to take a welcome floor mat & hold it up to the sky that would represent the size of the rectangle l seen way up in the sky.

After I stood there staring at this mystery rectangle thing for a few moments, l turned to the shore & looked to see if anyone was standing there, & if so, were they seeing the same thing I was seeing? But alas, there was no one there to witness this other than myself. So I turned my attention back to the sky & what I was seeing.

The experience lasted for a minute or two, & just like that, the two-dimensional rectangle shape disappeared. One moment it was there & l could easily make it out, & then before l knew it the shape was gone. I just stood there dumbfounded for a few minutes (all thoughts of fishing over) as l tried to rationalize what I had just witnessed.

Whatever this was, it made no sound. It also didn’t necessarily appear to be moving, although my impression was that it was drifting or floating extremely slowly as it was passing by. I wasn’t scared or freaked out. I was completely sober & super curious as to what I had just witnessed. It was kind of jaw-dropping. I also noticed no missing time that day, not that I was looking for it or had documented the experience with my watch, but l didn’t have any time relevancy issues that day in which l was alerted to.

If I were to speculate as to what it might have been, or if l were to go on my impressions, l would say it may have been either a giant rectangle mothership of some kind or perhaps one of those floating cities we have heard accounts of since antiquity. Because of the symmetry of the shape, l has ruled out any natural phenomenon, as nature doesn’t usually produce perfect rectangles, especially on such a large scale.

It was simply a weird experience which isn’t akin to the average UFO or UAP encounter. Back then l didn’t carry a phone with me everywhere I go like I do today. I would have loved to get some pictures of that. In fact, l may have been hard pressed to get the whole thing in one picture alone. Unfortunately that didn’t happen, & since there were no other witnesses, it becomes one of my personal experiences for which l will never forget. It ranks as one of my most unexplainable experiences I’ve had that I could find no logical explanation for.

If you’ve had a similar type of experience, we’d love to hear about it.