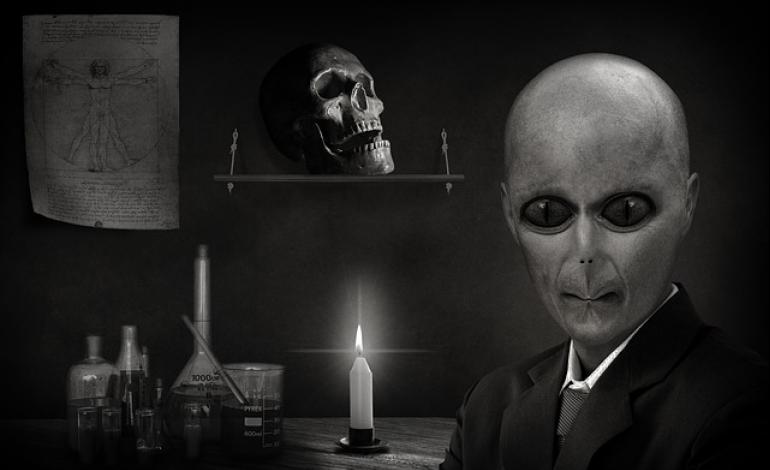 Many peoples experiences who have reported their abductions, have reported seeing beings on board space ships that weren’t quite human but not alien as well. These ‘hybrids’ as experiencers and Urologist’s have called, appear to have physical characteristics of human and alien.

Hybrids have become a popular feature in modern Ufology. Some female experiencers have made the claim that they were abducted, impregnated and forced to carry as near to term as possible before the aliens return to take the fetus to live among the stars so the tabloid joke, “The aliens stole my baby” may not be too far from the truth.

When considering a theory that borders on the ridiculous, we once again run into the question of why again. Why are aliens impregnating women and then taking their babies. Some theorists believe one of two things. 1, the aliens are actually us from a far off distant future where mankind has evolved past procreation and they need to keep the species going. The second, which is somewhat similar to the first, is that these aliens can no longer have children and after scouring the galaxy for beings who share key genetic markers they discovered that humans were compatible with their own DNA. But is there any proof to back up this rather outlandish story? Allow me introduce you to Antonio Villas Boas, Brazilian farmer and intergalactic ladies’ man.

On the night of October 16, 1957, Brazilian farmer, Antonio Villas Boas was out ploughing the fields of his family’s farm. The day was far too hot and doing this work at night gave him some time to think.

As Antonio was working he became aware of a strange light in the sky. As he watched the light descended from the sky. At first, Antonio didn’t give it much thought until the light landed in the field. When the hatch opened and several strange beings stepped out Antonio, now terrified, decided to make a run for it. Unfortunately Antonio never made his escape.

After Antonio was taken aboard, he was stripped of his clothes and tossed into an all-white room. Just then, a door opened and a strangely beautiful woman entered the room and gestured for the young farmer to come to her. Antonio claims that he and the alien woman had sex.

When the love was over, Antonio reported that she put her hand on her belky, and gestured with her hand towards the ceiling implying the child would be raised among the stars. Villas Boas was then placed back in the field where he was working and watched as the spacecraft flew off into the distance.

Antonio’s story is rare. Those who claimed to have mothered or fathered a hybrid claim that the sperm or egg is extracted and arterially inseminated. It’s incredibly rare that actual sexual activity was involved. Many sceptics, of course, cast doubt on Boas’ story just because it was far too outlandish. However, Antonio, who became a successful attorney and husband and father, maintained his story until the day he died.