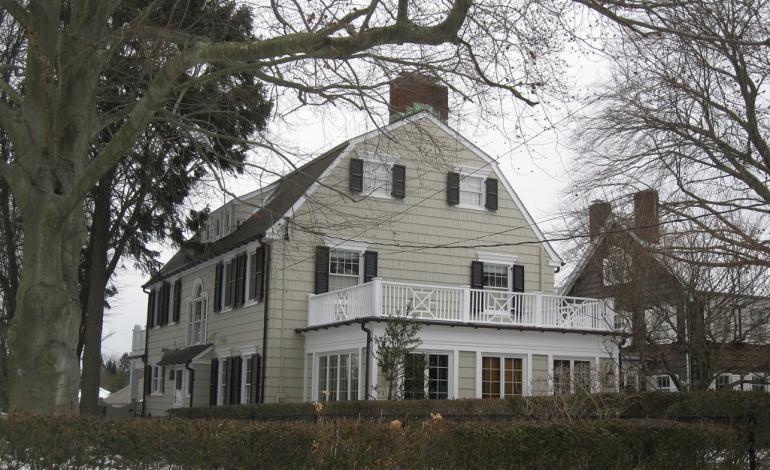 Anyone who has ever loved horror movies or has an interest in the paranormal knows the story. Millions have read the book and millions more have seen the film and its many horrible sequels. Of course, I’m speaking of the great American ghost story, the Amityville Horror. Since that night in 1975, when the Lutz family fled for their lives after spending 28 days enduring a living nightmare, we have been led to believe that the official record was fact. But, what if the events that transpired in Amityville, Long Island were nothing more than an elaborate scheme to make money?

For over 40 years, many of us who research and investigate anomalous phenomena have had the so-called Amityville forced down our throats as the standard by which all malevolent hauntings are judged. However, there is more than enough evidence that what happened to the Lutz family may only be partly true. Or, maybe it’s not even true at all. But first, here’s the history.

According to the 1977 book by horror author, Jay Anson, and the 1979 film starring James Brolin and Margot Kidder, the Lutz Family fell victim to a diabolical force. The book and film further detail how in 1974, the previous tenants, the DeFeo family, were gunned down in their sleep by the eldest son, Ronnie. At his trial, Ronnie, claimed relentless, demonic voices compelled him to slaughter his family in cold blood. The murders, which shook the retiring sea side town to its core, are an historical fact. However, what came after is a bit on the iffy side.

Fast forward 13 months to December 1975. George and Kathy Lutz, discovered the house at 112 Ocean Avenue and scooped it up at a steal. A home of this size would easily sell for three times the asking price, $80, 000. The real estate agent warned the Lutzes of the terrible history of the house and this was why it was so cheap. But, they didn’t care. Neither George nor his wife was superstitious and they would not let this beautiful example of Dutch Colonial architecture to slip through their fingers. It’s at this point that the lines between fact and fantasy become somewhat blurred.

According to the book, some of the DeFeo’s furniture had been left behind. Including the beds the DeFeo children were sleeping when they were murdered. Due to this, a friend suggested that George get a priest to bless the home. George was Methodist, but Kathy and the children were Catholic, so a blessing couldn’t hurt. Before we go any further let’s consider the beds. If these were the beds children were brutally murdered in, the police would have removed them as evidence and eventually destroyed them. This is common sense, not to mention the tip of the iceberg.

Father Ray Mancuso, a local priest responded to George’s request for a blessing. While in the home, according to the movie and book, the priest was attacked by a swarm of flies and a demonic voice that told him to, “Get out.” Father Ray could not get out fast enough.

This frightening episode was only the beginning of 28 days of terror for the Lutz family. Terror that caused them to flee into the night leaving everything they owned behind. Crosses were inverted. Kathy had vivid dreams of the DeFeo murders. The odour of rotting flesh and garbage filled the house. George, a normally gentle man became an abusive lunatic. Demonic pigs, phantom voices and a red coloured room in the basement that emitted an evil feel. And a house built over a location the local tribe kept their sick, dying and insane. I mean, holy shit, no wonder the place was haunted. It was the perfect storm of malevolence. Or was it?

Shortly after the movie was released in 1979, the first of many lawsuits originated from an unlikely source, Father Mancuso. In a sworn affidavit, Father Ray, stated that at no time did he ever visit the Lutz home. The priest went on and revealed that whatever dealings he had with George was over the phone. Father Mancuso, never blessed the house and was never attacked by a swarm of aggressive flies.

The next round of lawsuits originated from the new owners. The family that moved in after the Lutz family sued Jay Anson for causing unnecessary scandal on the house. The new owners claimed they were pestered day and night by ghost hunters peeking in Windows and walking around the property. It was not uncommon for the police to come to the house to arrest trespassers.

The new owners went on record as saying whatever damage to the house detailed in the book didn’t happen. The blown out windows and front door that was ripped from its hinges was not true. In fact the house maintained its original craftsmanship. Not even so much as a window pane been replaced. Even the so-called evil room in the basement was nothing more than a coat room. The story of the great American ghost story was unravelling.

One of the many claims of why the house was haunted was the land the house was constructed on. The official record states the land was used by the local Shinnecock tribe as a place to let the dying die and the insane to live in squalor. When questioned the Shinnecock adamantly denied the claim, saying they would never such a terrible thing to their own people.

With all the lawsuits involved, Jack Weinstein, the presiding judge, stated that according to the evidence at hand it was obvious to him that the book was a work of fiction. An elaborate hoax and money making scheme. The probability of a hoax was about to be confirmed.

In September 1979, Ronnie DeFeo’s attorney was quoted in people magazine. “I know the book is a hoax. We created this horror story over many bottles of wine.” And later that year while on the Merc Griffin show, George Lutz, was pressed by the host to comment on the truthfulness of the story. George, laughed and replied, “The story is mostly true.” I have one question to such a reply, what the hell does that even mean. Either it’s true or it isn’t, plain and simple.

Undoubtedly, upon reading this, it will anger some people. The Amityville Horror has always been thought to be true, with many reputations on the line if it isn’t. According to Hans Holzer, he believed the house was haunted but not to the extreme that the book and film claimed. Do I believe him? Absolutely, with what happened to the DeFeo family it’s likely it was. Do I believe demons were infesting the house? No.