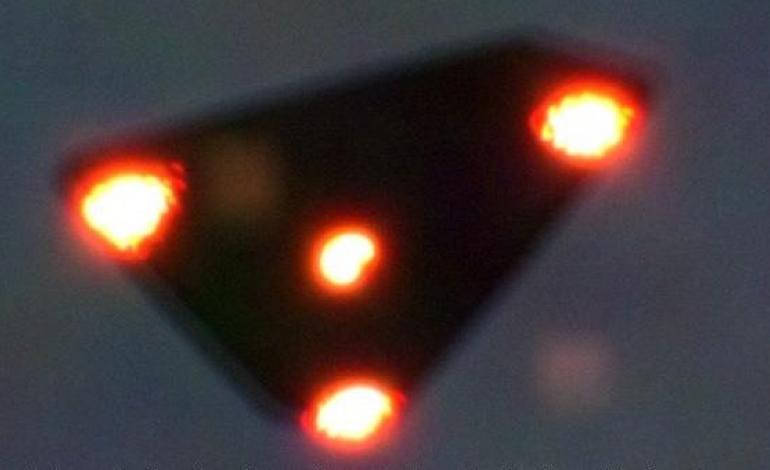 We’ve always felt that the best articles about paranormal encounters we could write about are the ones which are best validated. Validation can come different ways of course. For this one, the only validation comes from the fact that this happens to be one of three major UFO sightings witnessed by yours truly in my lifetime, which makes this a, first hand encounter. This all happened the way l will write about. I’ve not wrote about this particular encounter before until now. All three sightings were completely different from each other & apart from one another. This one is about the Black Triangle l witnessed.

This happened on the 4th of July, 1998 in a rural area in northern Wisconsin. It was around 8pm early evening. It was still daylight out, but dusk was soon approaching. I was driving south on Hwy. 51 in Oneida County after a family BBQ & on my way to a friend’s house. I was going 60mph on a straight stretch, & as l was driving something in my head told me to look over my left shoulder (which is considered “the blind spot” of driving in America because it’s hard to see). When l did, l noticed something above the treetops flying in the air, going the same direction l was, & also flying at the same speed. It was in the seven or eight o’clock position relevant to where l was, or to say it was behind & off to my left side, kind of diagonal or kiddy corner from where l was as l was driving. This all struck me as odd as it was a very strange sight to see.

I couldn’t really tell exactly what it was as l was driving. I had 2 thoughts. First was that it seemed like l was being followed. It maintained the same speed l was driving at, the same distance & altitude as well, careful not to pass me. The second thought was that my turn was coming up & l would have a chance to literally cut it off, so to speak.

After following me for a couple of minutes, l came up to Rocky Run Road & took the left turn. I drove down to about where l judged the UFO would pass over head & parked the car in an open area right off the road. There were a couple of large piles of gravel & an area where trucks could go in & out. I grabbed a flashlight and jumped out of the car. I didn’t even close the door.

Just as was getting out of the car, a large, silent, blackish triangle came right over the treetops in the clearing & proceeded to fly right up to where l was. It had a red light at the end of each corner, with a white light in its center. It didn’t strike me as overly large, perhaps the size of a baseball field. By this time, l was jumping up & down while l was waving one arm in the air. In the other arm was my hand holding my flashlight, which was pointed towards the craft. I was shouting over & over “I can see you”, ” l can see you”.

At this point the craft had stopped while l was making a spectacle of myself (never recommend by the way). It hovered there for a couple of moments as silently as it had approached. Then with no warning took off the way it just had come. I also noticed that when it left, it moved much faster than it was when it was following me.

And just like that, the experience was over & l was left standing there all by myself. I knew whoever was flying that UFO had seen me. It stopped the craft right in front of me as l was doing everything l could to gain it’s attention. Why did l approach it like l did? I’m not sure to be honest. I think l wanted it to know that l had caught the UFO being all sneaky. After all, as far as l was concerned, l thought it was following me. I’m sure whoever was in there didn’t quite expect me to do that.

Although the event triggered my sixth sense to warn me something was up, as soon as l knew it was there, l lost all fear. Quite different than another experience l have had with a UFO, which left me experiencing fear the entire time. This time wasn’t like that, and l don’t know why. One thought l had was that maybe these were humans & not another species of some kind flying this craft. But l know humans are as evil & dangerous as anybody else, so lm not so sure that’s why. Another possibility is that in this case l was not the intended target, just that l was in the right place at the right time to see them flying to wherever, & they decided to not shoot by me while l was driving because they assumed they were out of sight or not spotted & eventually the highway would take me away from their intended course. That’s also a possibility.

I trust l wasn’t abducted. I experienced no missing time that day, or any other that lm aware of. No strange marks on me, no nightmares or flashbacks. I’m fortunate because these type of experiences don’t always turn out so well. But in my case l’m left with an amazing experience without any perilous side effects from such a close encounter.

Although l will say there’s a good chance this UFO was of human origin, not all triangled UFOs are human made or operated in my opinion, so l’ll never be 100% sure.