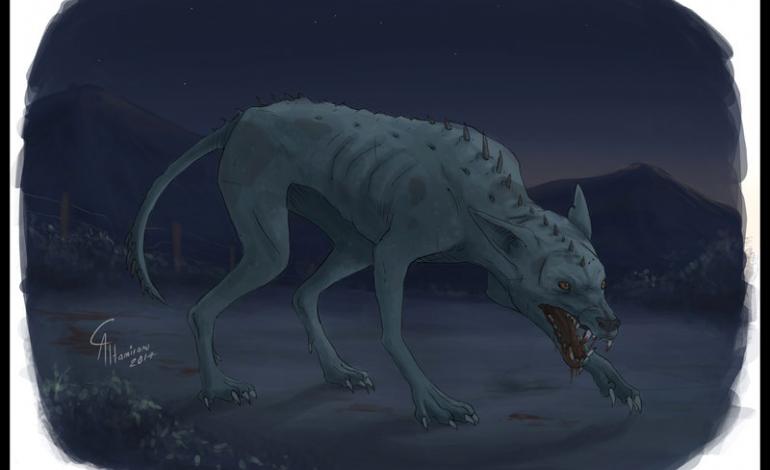 Paracryptozoology; The study of undiscovered animal species with the premise or notion that some of these scientifically unidentified cryptids may have supernatural powers/abilities that humans don’t possess.

Although the idea of cryptids with abilities we would define as supernatural or paranormal isn’t really a new one, the emergence of this newer field is. And it has finally been accepted by many in both the cryptozoological field as well as the perspective paranormal fields. This is due in large part to four main factors.

One is the amount of bizarre reports over the years which have been either collected by cryptozoologists, (or dismissed in some cases), which has added up over time, & has never been explained properly. The second is lack of new evidence in the field of cryptozoology concerning some of the species identified with Paracryptozoology, especially considering the advances in technology. Third is the awakening, which is an undisputed fact according to our own personal research. More & more people are waking up to the possibilities which may lie outside the box of conventional knowledge & thinking. And finally, the fourth is the need for a field where these ideas can be shared with out constant ridicule from those in cryptozoology who don’t even acknowledge that the paranormal even exists. There may be other factors as well, but these are the most prominent we have noticed.

Now that we’ve defined what Paracryptozoology is & why it has earned a place at the table of the unexplained, let’s look at some of the more prominent theories which are found within Paracryptozoology, as these theories attempt to suggest or explain the reasons for the unusual activity or happenings people report during cryptid encounters.

•Cloaking & Invisibility) Reports of Bigfoot disappearing without a trace isn’t anything new. There is no doubt that Bigfoot is a creature of the woods & would be good at hiding or blending in. However, there are some reports where Bigfoot had disappeared when the locale doesn’t allow an easy out, where the creature is there one minute & simply gone the next. This happened to yours truly during a personal encounter a friend & myself had. What l also find intriguing is that some trap cams in the woods placed by investigators & hunters alike document bait missing after a few anomalous photographs of light anomalies or strange orb activity. It’s not the norm, but it’s not unheard of either.

• Portals) A portal is a gateway into another dimension. This may also explain how Bigfoot is able to hide so easy as well. If cryptids are using portals to go somewhere else, then this may explain why no one has ever come upon sleeping cryptids like Bigfoot or Dogman before. This would also make these creatures intern-dimensional beings, as many people believe. And there have been reports of people claiming to see them entering or exiting portals, although those reports have been traditionally scoffed at by many cryptozoologists.

• Ghosts of Cryptids) some believe that when we see cryptids, like the Loch Ness Monster for example, that we’re really seeing a residual or intelligent apparition of a long dead plesiosaur. The same would apply to Sasquatch & Gigantipithicus as well.

• Demonic Cryptids) When we look at cryptids like the Mothman & variations thereof, one cannot rule out the possibly that these cryptids may be supernatural in nature, inter-dimensional, or even possibly a demonic manifestation of some type. Things like glowing red eyes, manifesting before disasters, flying without effort, & occasionally vanishing/disappearing can make it suspect. They are also almost exclusively always seen alone &/or without a family breeding unit. When one adds metaphysics or demonology to cryptozoology, it really falls into the realm of Paracryptozoology.

• Hole in the Veil) basically put, the hole in the veil theory suggests that there is a veil between this dimension & one where ghosts, spirits, angels, demons, & other various creatures may reside. & that this veil between our world & the spirit world is always moving as the earth does. Sometimes there are holes in the veil. When a hole passes in front of &/or between us & whatever entity it is we’re noticing, we can actually see them during those moments. When the hole passes, the image we’ve just seen vanishes. It’s an interesting theory which is usually geared towards the spirit realm, but may actually apply to some of these cryptids people are seeing.

• Shape Shifting) A couple of cryptids are reportedly able to change their shape. Werewolves are a good example of this, certainly the best known. This is reportedly due to occult activities. Anytime we talk about people changing into monsters, we’re again within that realm.

• Mind Speak) Some cryptid researchers (as well as others) have reported what they describe as hearing speech inside their head, as if someone or something is communicating with them. ESP is a basic premise for some parapsychological theories as well, & is continuously studied to date.

• Lights) Lights in the sky or forest have also been reported during cryptid sightings. This suggests too many that there may be an extra-terrestrial connection. Cryptids are also associated with ancient alien theories regarding genetic engineering where as slaves were created by a different alien race. Anytime one finds ufology mixing with cryptozoology, it again falls within that realm of Paracryptozoology.

In closing, these are all theories which may play roles at times. Not all Nessie sightings are ghosts of plesiosaurus, not all Dogman are shapeshifting into humans, & Bigfoot reports don’t always have a magical element to them. But until we can get solid & undisputed evidence for these mysteries, we should at least explore all possibilities. This is all research into the unexplained after all. & yes, there are things we certainly don’t yet know.