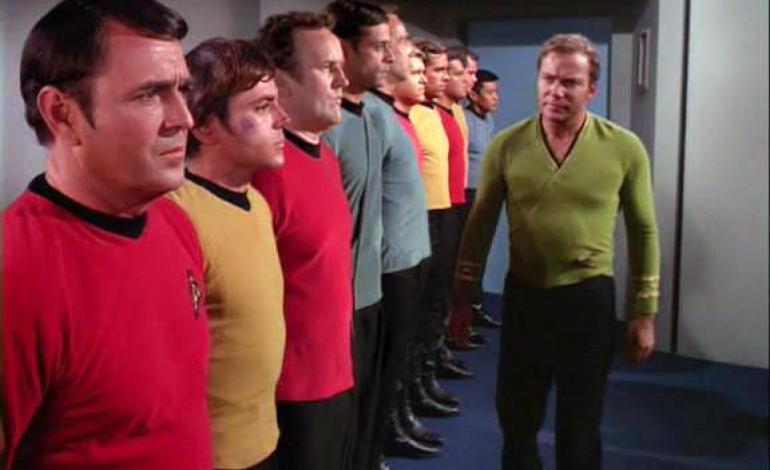 The Easter holiday has come and gone; the kids are back at school, and the television schedule has reverted back to a somewhat predictably monotonous mediocrity. Alas, the bleak Scottish climate ensured that this holidaymaker stayed indoors during his spring break, contently stuffing his face with calorie-laden chocolate eggs, whilst his favourite film franchise loaded itself onto a grateful Blu-ray player.

I grew up watching Star Trek. Kirk, Bones and Spock would take me to places where my imagination dared not travel. And all because their five year mission was to simply seek out new life and save it from itself. Sometimes, I even thought that Star Trek echoed what real life pertained to be – non-materialistic, peaceful, and non-judgemental. Well… apart from those greasy Klingons, naturally!

But… when film director, J.J Abrahams, decided to reinvent the franchise and take us back to a time when Kirk and co were just young, naïve Star Fleet cadets, I worried that my childhood memories would be tarnished forever with the notion that my heroes were really just like the rest of us – banally human in nature! And to a certain extent, J.J did initially portray the cast in this rather melancholy context, but then again, Hollywood directors will always insist on creating a spectacle before any heroes are truly born.

Yet, amidst all the drama and character building, the science behind the storyline remained highly thought-provoking – just like many of the television episodes that I watched as a kid. The story centres around science officer, Spock, who travels through time to try and save a planet threatened with destruction. Inevitably, after the Universe is eventually put to right, Spock meets his younger self and they discuss the implications of their chance encounter. Nevertheless, I can’t help thinking to myself; will this meeting subsequently affect each other’s destiny? Is this encounter even possible? And, how many chocolate eggs can I eat before I pass out? All questions that modern day science continually struggles to comprehend.

The subject of time travel has always fascinated the greatest of minds and the most imaginative of writers, although I have always been advised by my spiritual friends that the measurement of ‘time’ does not actually exist in the spirit world where travel is instantaneous and powered by pure thought. Indeed, I was informed that it is even possible for spirit people to exist in more than one place at the same time, since they do not possess any physical mass. This fact also means that they do not age – instead just live within the moment of their perception.

A few years ago, myself and a few other mediums sat in a séance room, where we had the opportunity to ask highly evolved spirit guides various questions regarding life in both the physical and spirit dimensions. During these sessions, we were informed that many of the spirits who often visited the séance room had lived in physical worlds other than Earth. Upon discovering this fact, our line of questioning began to take on a much more different course of enquiry. At one point, I asked the question – ‘If an alien should arrive in my back garden tomorrow morning, is it possible that I could in fact meet myself?’ The answer I received was ‘Yes, of course.’

Perhaps, Spock meeting himself in Star Trek is fairly feasible then, considering time is really only an illusion, and we really don’t know if the spirit world is in fact just a big supersized spaceship circling above our heads. Or maybe someone has just been eating too much chocolate…