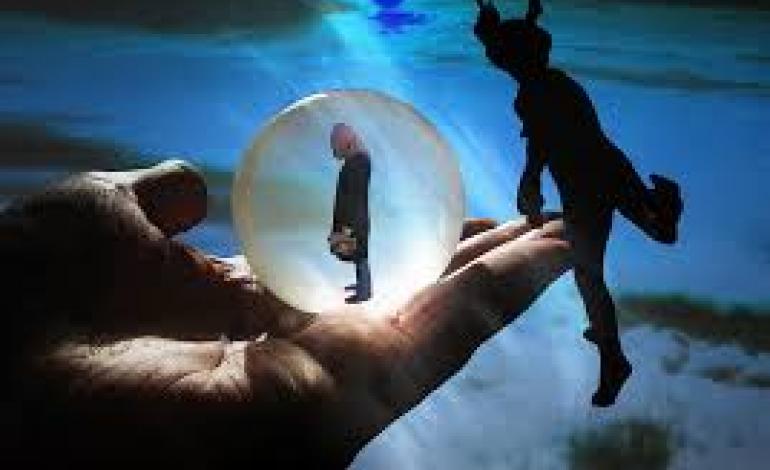 As a paranormal researcher I do try my best to take the more scientific approach in all my endeavors in this field. Some things that may seem to have no explanation just may if you do a little research in other areas. I believe this to be true with astrology, though all I can offer are some theories. The term theory is a term that gets thrown around a lot in this field which people tend to misinterpret as being “It’s the way it is” as opposed to what it really means.

There are many definitions of theory but all center around the same principle. A proposed explanation whose status is still conjectural and subject to experimentation, in contrast to well-established propositions that are regarded as reporting matters of actual fact. Basically it is an idea that has some positive experimental results but not enough to consider it fact.

I believe my ideas on astronomy hold true. I have a theory and some positive test, mostly written journals which hold a specific pattern that leads me to believe a certain idea. Before we continue I would like to take a look at the history side of this research and some ancient beliefs.

Astronomy is the oldest of the natural sciences, dating back to antiquity, with its origins in the religious, mythological, cosmological, calendrical, and astrological beliefs and practices of pre-history: vestiges of these are still found in astrology, a discipline long interwoven with public and governmental astronomy, and not completely disentangled from it until a few centuries ago in the Western World (see astrology and astronomy). In some cultures, astronomical data was used for astrological prognostication.

Ancient astronomers were able to differentiate between stars and planets, as stars remain relatively fixed over the centuries while planets will move an appreciable amount during a comparatively short time.

Ancient civilizations used the planetary alignment and stars as way to predict the future whether it being personal or natural. Most people today use astrological signs to predict there future in the form of horoscopes. Though it seems mystical in that way and somewhat ludicrous to some standards, though even I cannot deny, that for some reason these events do tend to happen.

Most people carry some personal trait with their own zodiac sign. Some traits include passion, anger, compassion, and depression. Again, as odd as that seems to myself and physics I still cannot deny that for some reason it does seem true. Could it be a mind over matter sort of thing, or just some mystical thing that happens? Maybe but as a paranormal researcher I have noticed a few things in my studies that seem to hold water with the big question, why?.

Throughout my journeys as a paranormal researcher, I was always the one to keep a journal with me. A way to keep track of certain things, such as time, day, month, and even lunar phases to try and create a pattern in the activity that I gathered at any giving night. I have noticed for some odd reason that activity was happening during certain parts of the evening and lunar phases. Most people considered that time to be the so called witching hour, but again I am a researcher not a wizard.

I started to heavily look into certain outer space things that could affect the earth in any way possible. One thing that kept coming across repeatedly was magnetic pull and radiation. Not sure what to make of those I needed to learn more about them and why and how they affect the earth.

I found a few things that were interesting. One thing that was a big is that the space, planets, and stars have a magnetic pull that works the opposite of our planet. What does that mean? Well if you hold to magnets up to one another they will come together and stick. If you take those magnets and turn them around they will push away from one another. This is basically what happens. Sometimes the force is more from space than what our planet is giving off which is what causes water tides. The water level doesn’t raise the force from the magnetic pull; it is pushing on it taking up room. Example if you fill a glass with water and drop an object in it, water will spill out of the glass.

So what does that mean to paranormal phenomena? Well it’s simple; magnetism is the main part in creating electricity, not to mention it is also a conductor of it. Being that the theory of our research is based around electrical current in some way; the big question is why it wouldn’t affect paranormal occurrences?

I think the bigger question now is why does it affect humans? This question tends to be colorful for a couple of reasons. One is that our body runs off of electric current. Our neurological system is solely run from electric currents being fired from the brain to other parts of the brain, and even the body making you move your legs and arms etc… The body itself is also a conductor of electricity. We know this because we all at one point in our lives rubbed our feet along the carpet and touched someone giving them a small jolt. If we can store the current and create the current I would say that it is plausible to be used as an antenna for other forms of outside currents.

So what does that knowledge mean with zodiac signs? Zodiac signs are different alignments caused by stars and planets, which also gives off its own form of magnetic pull and radiation. The energy absorbed is going to be different from one to the next alignment being that they don’t take place in the same location in space. The travel for that energy is going to be different giving it more or less conductivity. The more conductive it is the more current it will hold.

So how do people carry traits of their zodiac sign? Well, babies are born being very receptive to everything. Their bodies haven’t developed enough to shut out certain things such as sickness and their bones and skin still yet aren’t fully developed. I believe based on that, that the energy that is being sent from these alignments are indeed affecting the neurological current being sent to the brain. Basically it is programming it slightly differently. Considering that the alignments are letting off a different strength of energy, I truly do believe babies in general, will be effected and carry those certain traits found by the alignments or zodiac signs.