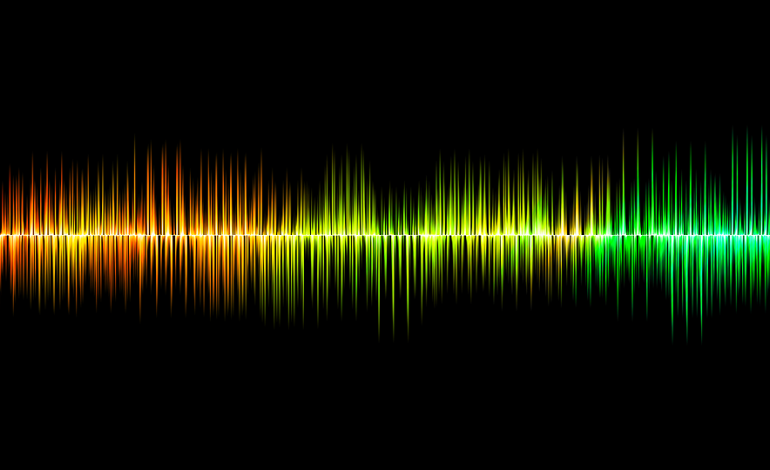 “Parapsychology: A Handbook for the 21st Century”, edited by Etzel Cardeña, John Palmer & David Marcusson-Clavertz, published by McFarland, 2015, features a chapter entitled “Electronic Voice Phenomena” by Mark Leary and Tom Butler, which I came across because (as with the last publication reviewed on this website) this also cites the version of “Rorschach Audio” that was published in 2001 [1]. The publisher’s website describes McFarland as “a leading independent publisher of academic and non-fiction books”, states that the phenomena discussed in “Parapsychology: A Handbook” have been researched “by eminent scientists, including Nobel laureates”, and describes the book as providing “a comprehensive scientific overview of research in the field of parapsychology” [2]. The editors of this book boast impressive academic credentials, and, at a whopping 400-plus pages, it’s a substantial work, which contains detailed and scholarly discussions of research methods and of methodology that are relevant to this field. As regards the chapter on EVP, author Mark Leary is a Professor of Psychology and Neuroscience at Duke University [3], and writes for the same Association Transcommunication [4] that’s mentioned in the previous article on this website, while Tom Butler turns out to be the co-director of the Association Transcommunication, and to be co-author of the book “There is No Death and there are No Dead” [5].

Now, it’s important to describe the basic subject matter for any readers who may be visiting this website for the first time, however, because I’ve done so previously, several times, I’ll reiterate even more briefly than usual that the basic idea of EVP research is the belief that it’s possible, using various radio and electrical engineering techniques, to literally record the voices of ghosts, and that, primarily on account of the use of electronic technology, this form of ghost hunting is often described by supporters as being a form of scientific research. A rational explanation for EVP recordings would be that these voices do exist, but that they result from misheard “stray” radio communications, not ghosts, with listeners projecting meaning onto distorted and poor quality audio recordings, in the same way that viewers “see” meanings in semi-random shapes such as the famous Rorschach ink-blot tests. The images seen when imaginary meanings are projected onto Rorschach ink-blot tests, onto rock formations, coffee stains, damp walls and passing clouds etc, are often referred to as pareidolia, hence, in context of EVP etc, the terms “Rorschach Audio” and “audio pareidolia” are effectively synonymous.

As I said, the chapter in “Parapsychology: A Handbook” quotes an early “Rorschach Audio” research paper, and, while the chapter discusses a great deal of other material, it would be fair to say that to an extent the whole chapter seems to be a response to “Rorschach Audio”, since the entire discourse is dedicated to arguing why the authors believe that some EVP can’t be explained as resulting from psychoacoustic pareidolia, and why therefore (in their opinion) some EVP might be genuinely supernatural.

In responding to the argument that some listeners perceive EVP as being ghosts etc as a result of simple mishearings, “Parapsychology: A Handbook” states that “some writers have extended the pareidolia hypothesis by suggesting that listeners project themselves (in the Freudian sense) into random noise so that their interpretations are often tailored to their own personality and needs (hence the term “Rorschach Audio”)”. They go on to state that “Banks (2001)” has “offered an interesting analysis of this possibility… which we agree is certainly possible”. In fact I would say that this psychoanalytic aspect is particularly relevant in the case of the most famous EVP researcher, Konstantin Raudive, who stated for example on page 88 of his book “Breakthrough” that (quote) “utterances by Hitler or about him could fill a separate book” (emphases added).

From a personal point-of-view it’s gratifying to see that “Rorschach Audio” has been read by and seems to have influenced some parapsychologists, and that it’s been transmitted by this Handbook to a larger audience. However the Handbook claims that “Rorschach Audio” focussed on “particularly egregious examples of poor recording methods and analysis that are not characteristic of serious EVP investigators”. In fact the version of “Rorschach Audio” that the Handbook quotes clearly states that it addresses the “major, salient issues that recur throughout EVP research and that… underpin the entire belief system” (emphases added). In addition, far from focussing on examples that are “not characteristic of serious EVP investigators”, the same “Rorschach Audio” paper examines the methods employed by Konstantin Raudive, which, “egregious” as they may have been, were nonetheless the work of the most famous EVP researcher. To be fair, the Handbook does acknowledge that Raudive’s work was “uncontrolled” and “often fanciful”, but when the Handbook then claims that “the study of EVP after Raudive has [since] been conducted primarily by citizen scientists”, there’s no attempt to show whether such studies are really scientific.

With regard to such methods, after acknowledging that one of Raudive’s favourite EVP recordings turned out to have been conclusively debunked as an ordinary German radio broadcast, the Handbook goes on to argue against the suggestion that EVP voices might arise as a result of (quote) “radio interference”, because “EVP do not include snippets of songs, commercials, news broadcasts, weather forecasts and announcer patter” and “do not resemble radio broadcasts of any kind”. It seems obvious however that radio broadcasts aren’t radio interference (as these terms are understood here). The case of Raudive’s favourite sequence notwithstanding, the fact that most EVP recordings don’t consist of sounds that we typically associate with conventional broadcasts (they’re not “news… weather… announcer patter” etc) can’t disprove the hypothesis that interference (cross-modulated “stray” signals from taxis, emergency services vehicles and passing aircraft etc) produces EVP. The authors seem to have mixed-up their own terminology; and the reason that “EVP do not include snippets of songs” is presumably because, if and when the EVP researchers do pick-up conventional broadcasts, they recognise them for being what they are, don’t categorise them as potential EVP, and don’t save them up for subsequent examination… they just ignore them.

As for the physical origins of EVP, the version of the “Rorschach Audio” paper that “Parapsychology: A Handbook” cites, suggests that potential sources of stray voices include “taxi transmissions, emergency services, air-band, maritime, military, short, medium and long-wave commercial broadcasts, TV voice channels, ham radio experiments, CB radio, bugging devices, conferencing systems, intercoms, baby intercoms/alarms and analog mobile phones” etc. Commercial broadcasts and TV voice channels notwithstanding, it is particularly interesting that, in terms of active listening, this chapter’s authors had the acuity to notice that “some EVP are immediately preceded by a click or a signal break-in as if the transmitter button on a two-way radio has been keyed”. If that is the case, then what this suggests is that even putatively “authentic” EVP recordings (recordings that don’t resemble “songs, commercials, news” etc) can result from interference of the very kind the chapter’s authors tried to discount. The authors then dismiss the possibility that what they’ve offered is evidence disproving ghostly origin however, by asking readers to believe that “the EVP that follows the click is clearly not a CB, walkie-talkie or ham radio transmission” (emphasis added), without explaining why, and overlooking the possibility that an ordinary CB or walkie-talkie burst may have been misheard as “authentic” EVP (ie – as a ghost) as a result of auditory pareidolia.

“Parapsychology: A Handbook” does acknowledge that “pareidolia is certainly a plausible explanation for some reported EVP” (emphasis added), but claims that pareidolia effects seem “less likely in instances in which the recorded voice stands out by virtue of being notably louder than the background noise”. Although the practice of adding noise to recordings is a feature of EVP research methods which has been shown (by the “Rorschach Audio” publications) to dramatically enhance the mind’s ability to project pareidolia onto sounds, in contrast, as shown by the (extraordinary) demonstration recordings made by the psychoacoustics expert Diana Deutsch, pareidolia still form when listeners hear ambiguous speech sounds against a background of virtually zero noise. The Handbook then states that a “dearth of research has left both EVP enthusiasts and debunkers free to assert their positions unfettered by evidence” (emphasis added), however, as the more than 50 references at the end of the chapter show, there’s plenty of evidence.

In responding to the frankly strong evidence that “Rorschach Audio” type effects are responsible for EVP, the Handbook then states that “the question is whether pareidolia is responsible for all EVP” (the way the “Rorschach Audio” paper expressed this question 14 years earlier, was to ask whether EVP researchers are willing to consider the possibility that “projection effects might be responsible… for all manifestations of EVP”). The authors state that “the answer is that we simply do not know”. They also claim that “some debunkers do not seem to recognise the fallacy of concluding that all purported EVP are due to mundane causes simply because some of them clearly are”. In terms of public understanding of science, this seems to reflect a widespread misconception that anything can be absolutely proven by science. As I understand it, it’s completely consistent with mainstream philosophy-of-science to acknowledge that even the most rigorous science cannot produce absolute certainty about anything. In mainstream science, the best available hypotheses are provisionally accepted, in lieu of absolute facts, until those hypotheses are improved, discarded or replaced (and even if hypotheses do survive experimental testing, they still remain provisional until new evidence or better hypotheses emerge). The fact that science cannot ever, in the strictest sense, absolutely disprove any theoretical possibility, is intrinsic to the nature of theoretical possibilities, hence the term… and this in turn allows for the possibility that any imaginary or fantastical event, no matter how improbable, might one day happen. There is for instance the theoretical possibility that the teapot that the philosopher Bertrand Russell imagined floating around the sun might one day travel through space and materialise on a shelf in your local supermarket.

On a more positive note, and as it happens however, the most revealing and useful evidence that’s presented in “Parapsychology: A Handbook” isn’t so much what this chapter’s authors say about mishearing, as much as what they say about what they seem to have clearly heard, which wasn’t a distorted voice… it was an abrupt mechanical sound – the click… see above.