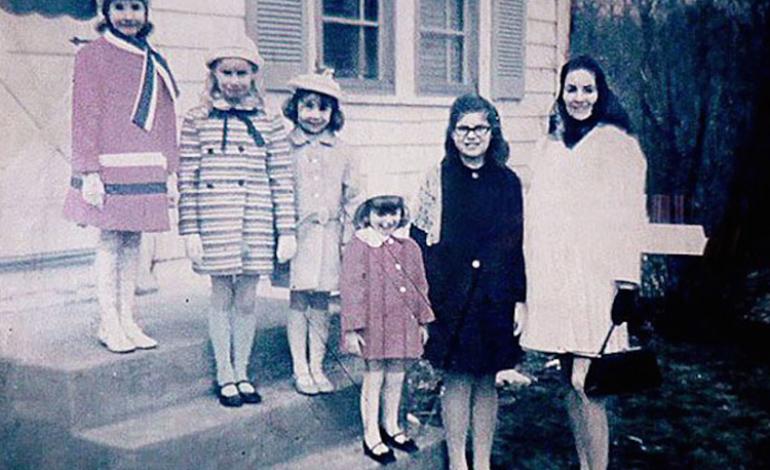 The renowned film The Conjuring ( which came out in 2013) tells the tale of the horrific events which the Perron family endured when they moved into what was named by the locals Old Arnold Estate, in Rhode Island. Even though the film depicts some of the actual paranormal activity that happened, the film is still loosely based on the true events.

One of the malevolent spirits we encounter during the film is that of Bathsheba Sherman, the supposed satanic witch whom apparently killed children. One night Carolyn Sherman was woken by a woman in a grey dress standing at the bottom of her bed. As the weeks went on Carolyn was apparently targeted even more, she believed that the spirit (which was apparently Bathsheba) wanted her out of the picture, and wanted to be with her husband.

Bathsheba resorted to more than threats. She got physical, starting with pinches and slaps and working up from there. Carolyn was the ghost’s chief target, and the family says she was ultimately threatened with images of fire and even stabbed with a knitting needle.” a quote from the book House of Darkness House of Light which was written by the oldest Perron Child, Andrea.

After doing some research on the house Carolyn came to the conclusion that the spirit was undoubtable that of Bathsheba Sherman (Later on the Perron family would be assisted by Ed and Lorraine Warren, who would reveal that there was more than one spirit in the house.) Even though the film portrays Bathsheba as an evil character that could not be further from the truth.

Bathsheba Thayer was born in Rhode Island in 1812, according to my resources she had a relatively happy childhood. When in her thirties she married a local farmer Judson Sherman, who ran a successful produce business.

Five years later Bathsheba gave birth to their son Herbert. The family continued to be happy on their farm for many years, until disaster struck. It is said that Bathsheba Sherman was quite an attractive young woman, and this caused some of the woman in the village to be jealous of her. Rhode Island is a “close knit” community, everyone knows about everyone’s business. So when the next door neighbour’s infant died whilst in Bathsheba’s care, rumours started to escalate rapidly. According to the Doctors the cause of death was caused by an impalement of the skull. It is still unclear wherever or not Bathsheba murdered the child or if it was just the result of a terrible accident.

To this day tourists flock to Harrisville Cemetery to catch a glimpse of her grave, due to them believing that she was indeed the sort of person the Conjuring 1 portrays, some people have even done EVP (Electronic voice Phenomenon) in an attempt to try and make contact with her or her husband and according to some historians her three children, which are buried near her. Was it right for the director of the film to portray Bathsheba in this light? And there for causing her grave to be vandalised when the film was first released.

There are many unanswered questions about this well-known paranormal case; personally I’m not entirely convinced that Bathsheba was the spirit who caused the family so much aggravation, as she had no motive for doing so. The other spirits on the other hand would have quite possibly had a motive. It is indeed odd that the infant in her care did die caused by impalement to the skull, but after doing research I can see no reason to why she would murder a child; after all she did have three of her own. I think the story about Bathsheba Sherman will never really be solved.