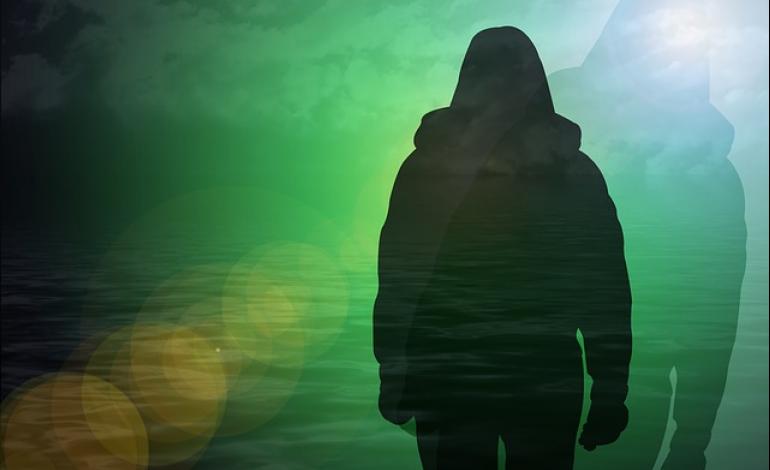 “Learn from today and change your tomorrow.” ~ Alexandra Holzer

Death can be for many a melancholy aspect of life and understandably so. However, many cultures embrace death as merely a passing on to the next life that awaits them. A celebratory sort of affairs embracing one life going into it’s next. Over the past several years as this subject matter still peeks and fascinate our interest we turn to science for answers. Today, many scientists believe they may have found some light at the end of the tunnel, pun intended. The largest ever medical study into near-death and out-of-body experiences has discovered that some awareness may continue even after the brain has shut down completely.

The belief is that we leave our body which is our earthly vessels while biding our time on earth, via our head which is our Crown Chakra. During many Hospice cases many witness those who are in a coma-like state to suddenly open up their eyes as if to see something or someone only to pass right after. What did they see? Who did they see? My late Aunt Rose-Marie did exactly that as she had fallen into a coma-like state as the Hospice nurse felt her declining pulse and knew it was her time. Suddenly, Rose-Marie who had not opened her eyes in days had her big, beautiful bright blue eyes open, look out and overall in the room, smiled then left her body.

The insurmountable recorded and researched cases of past life experiences clearly point to life after death. In all the recorded cases of reincarnations, it was found that there was a variable time lag between the death of the person and his next reincarnation on Earth. So, where do we go after death till our reincarnation on Earth? Is it a single plane of existence or are there a variety of planes of existence? If so, what are the factors that decide where we go after death? Factors can be viewed as a spiritual aspect of layers like peeling an onion on where we do go when it is our time.

Depending on how one has lived their life could very well dictate what layer or level, that soul reaches on the other side. The scientific aspect monitors the body just before it ceases to breathe anymore life. After which, the study of the decreased life activity is monitored and we are left with more questions rather than concrete answers. We are not to know it all as in life; we cannot possibly do so as that is not how it works. We have facts, questions, answers, theories and experiences. Those who have died to come back say that they felt torn between two worlds.

A great example excerpt to read is The case of Jazmyne Cidavia-DeRepentigny of Hull, Georgia, which comes from Beyond the Light, originally in hardcover, published by Birch Lane Press, New York City (reprinted as a paperback through Avon Books, New York City, 1995 - ISBN: 0-380-72540-1).

“She died on the operating table during surgery in late 1979 (pages 10-11, paperback version, “BEYOND THE LIGHT”):

“I must say that this experience was quite unsettling to say the least. I was floating over my body. I could see and hear everything that was being said and done. I left the room for a short while and then returned to where my body lay. I knew why I died. It was because I couldn’t breathe. There was a tube down my throat and the medical staff did not have an oxygen mask on my nose. I had also been given too much anaesthetic.

“In my out-of-body state, I’m using my mind to try and make my right arm and hand move - my arms are extended parallel to my physical body. I want my right hand to move, anything to move. I was trying to pull the tube out of my mouth. I looked down at my face and tears were streaming. One of the nurses blotted the tears from my face but she didn’t notice my breathing had stopped, nor did she see me next to her. At this point, I’m trying really hard to make my physical arm move, but it’s like my whole body is made of lead.”

Whether we choose to believe via other’s experiences or our own, via science or spirituality and beliefs, one thing is known which is that we are all one and are very small compared to what is out there? The Universe is a vast, deep mystery of unknowns yet we at times call upon it for help or guidance. In living the best life one can, perhaps we can ensure our next life will bare positives.

If we can acknowledge this thought, perhaps one can change the course of their destiny. Envision what you need and desire for yourself and go there. Attracting good things by positive thought whilst still of the living may help determine the next life’s outcome or venture. We have our researchers, scientists, spiritualists, theorists, paranormal friends, family and guides here and on the other side to thank when it is our time to cross. One has nothing to lose and everything to gain if one just tries and put it out there.

Once one decides to get to that point, a vortex of possibilities could open up a new path. Age, time and the past does not equate if one is not content. Try not to hone in on drowning endless situations. Learn from today and change your tomorrow. Trust the guides who are assigned to us and let go. Chances are they might be meeting you on the other end when it’s time.

Nothing is perfect, even for the rich and famous. At the end of the day we are all cut from the same cloth as human beings minus the bad folks out there. They are from a different world entirely and that’s another topic to discuss on another day. Impact our youth in a positive way by explaining what choices to make and not make. The facts about life and death will be expressed to prevent them from ending up on the wrong side before their time. Otherwise, we shall have too many ‘poltergeists’ about creating havoc.