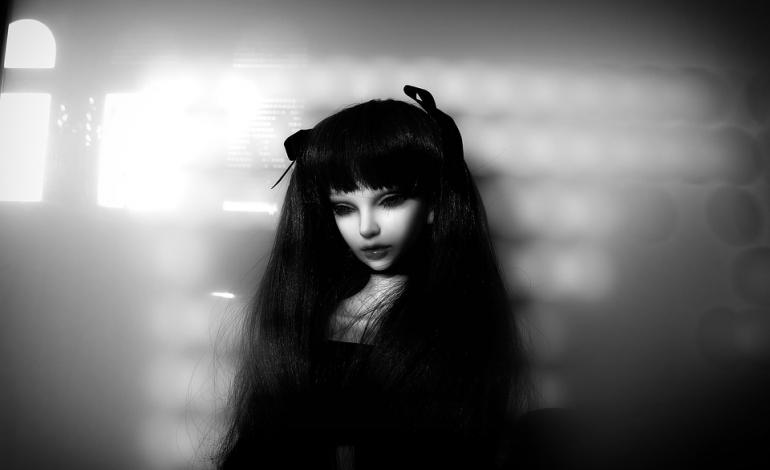 As a parent of two very intuitive little boys, as well as being a woman who frequently works with extreme hauntings, I sometimes wonder when it is okay to worry about my children being exposed to otherworldly phenomenon. The truth is, there is still a large portion of the unknown that includes what children might be experiencing in regards to paranormal phenomenon and whether or not it should be of any negative concern. With Halloween behind us, it is likely that the young children in your life, whether you are a parent or not, were exposed to all the innocent celebrations of what Halloween has to offer. The day of the dead, the nightmare before Christmas, zombie movies, and even the old classic Sleepy Hollow cartoons with headless horseman running about; could this have been absorbed into the growing imagination of our children? Of course. Children tend to absorb more than we give them credit and all of those scary Halloween costumes posted high upon the ceiling at Party City were not out of sight or mind of the little ones picking out their silly costumes. However, when does a parent need to begin to worry that their child might be experiencing more than a nightmare or whimsical imagination?

As a psychologist, I am the first one to admit I am a little over analytical of my own children and I tried desperately to remove as many negative influences as possible. If I’m working on a scary paranormal case with fearful symptoms I try not to even mention the experiences until long after bedtime. It is completely natural for children to have vivid imaginations, imaginary friends, lifelike role-playing with their toys, and even talking to photos of past loved ones. However, there are many interesting psychological theories suggesting that perhaps imaginary friends could be the possibility of a ghostly encounter. In the parapsychological community, it is regular conversation to discuss the importance of conditioning as well as desensitization to natural empathy, intuition, and possible psychic phenomenon. As parents, our children might actually be witnessing a ghostly spirit when instead (because we do not see, smell, or hear the individual’s spirit) we tell our children it is just their imagination. When the taboo of normal society in conjunction with desensitization to intuition and psychic phenomenon compound through adolescence, the ability to communicate with spirits is thought to simply dissolve away. Those with more deeply spiritual beliefs even believe that children are more apt to experience the spiritual realm because they are closer to birth and therefore closer to the spiritual veil. Whether you believe we grow up to be callous, cynical, and disbelieving of the paranormal realm or whether or not our ability simply disappears, the experiences one has as a parent with intuitive children makes a skeptical believer a bit more curious.

Two weeks after the birth of my first son, my estranged mother was killed in a domestic abuse situation. As I was lying at home with my newborn son, I called her for the first time in six years to speak with her on her deathbed. She didn’t recognize me, calling me by my sister’s name, but boasted about the birth of her first grandchild. She had wanted to be a grandmother for many years. I believe it was devastating for us both for her to pass so soon and in such a traumatic manner. I was unable to grieve my mother and didn’t speak of her often if at all, especially in the presence of my newborn. I didn’t have any photos of my mother on our family wall which is why it came as a surprise when my 2 ½-year-old responded so positively to the first photo I had found of my mother in some years. Thanks to Facebook, I had stumbled upon a photo of my mother and her early 20s and fondly saved the photo to my computer. When browsing past the photo, my son giggled and interrupted by pointing his chubby little finger in the direction of the computer screen howling, “Mama Connie!” As you can imagine, I was shocked. Not only would I never call my mother by her first name but my son had never met her or seen her photo and yet he fondly recognized her. It was at this moment I intuitively began to question whether or not my mom had come to visit her grandson from the other side.

As I recommend to all parents who are trying to decipher whether or not their children are connecting with ghosts or spirits rather than engaging in a very active imagination, ask open ended and nonsuggestive questions to probe more about what your child is experiencing. I asked my son, “what is her name and how do you know her?” The open ended question simply asking to identify the photo engaged my son in a story about how his grandma Connie would come and visit him at night in his room. Again, with nonsuggestive questions, I asked my son to describe how it made him feel and if he could remember any details. His description of the experiences were not over superfluous and really seemed to be calm and casual interactions that happened on occasion in his bedroom. He did not describe the encounter as something scary and as he retold his story his demeanor and emotional affect was quite happy. I can’t be sure whether my mother was visiting from beyond the grave but the experience was a positive one so I did not probe any further.

Not all strange encounters that flag the concern and intuition of a parent are so positive. Sadly, I work with many parents who are fearful for their children’s safety in regards to phenomenon that seemed to be otherworldly and out of their control. Luckily, as a parent I only have a small first-hand experience with my own child to empathize. Firstly, my advice is to always remain calm and collected because despite the scary experience, regardless of the source, you are the parent that can provide comfort and safety; a refuge from most all the universe has to offer. Then, through deductive reasoning, try and determine the source or influences surrounding the experience. Has there been a large amount of stressors (good or bad) in the child’s life recently. Recently can mean within six month’s time and stressors can be birthday parties, weddings, divorces, deaths, the birth of a new sibling, moving to a new home, or even starting school. Young children are experiencing monumental changes all the time so it is important to observe how they cope and deal with stress to determine if new behavior is out of the ordinary. Secondly, has there been any trauma in the child’s life? Sometimes, when experiencing traumas and abuse, children will engage in some of the popular coping mechanisms identified in Freudian psychotherapy. Repression, regression, projection, or even displacement of a frustration or feared stimulus. The best person to assess a child going through a fearful experience is usually the parent or guardian who is most familiar with how the child copes naturally. My son tends to deny, ignore, and displace his anger while role-playing with his toys.

My firstborn also experienced night terrors like I did as a young child. Not just scary dreams or talking in one’s sleep, but instead screaming and seizing in the middle of the night from the age of six months to about three years old. Some spiritual advisers believe this is the reliving of a past life but regardless of the reason a night terror can be quite terrifying. Doctors suggesting you do not wake the child but simply keep them safe. My husband and I would watch our son point and scream at the floor as he dreamt he was being smothered by bugs and would scream bloody murder for hours as if he was awake but instead he was in a deep slumber and lost in a night terror. I felt helpless. It is the same helplessness that scares parents when their children claim to be experiencing a strange and fearful phenomenon. The same son, quite artistic in nature, would draw his dreams and create masterpieces since he could hold the paintbrush. Before he could speak, he had painted a beautiful green creature in a series I kept tucked away. Two years later, I had the photos printed and hung on the wall. I gleefully invited my three-year-old son into the living room to see how proud I was of his art went to my surprise he screamed and ran into the other room. He explained that the photos illustrated “monster spaceman”, the cold creature that would wake him in the night and take him from his bed. Absolutely positive that my son had not been abused, I shuddered at the thought he could be experiencing some abduction phenomenon. Again, a feeling of helplessness as you watch her child fear stricken by something out of your control.

A biological theory within parapsychology discussing the electromagnetic spectrum of ultraviolet light suggests that children can see a larger spectrum of vision. That children have a vision range including ultraviolet light which some paranormal researchers suggest includes ghostly phenomenon. Regardless of the validity of such theories, in relation to a child’s vision, active imagination, or proximity to the veil, there are still things a parent can do to help minimize the stress. Do not panic and simply observe the emotional impact to your child. Take notes and try to divert attention away from any fearful stressors. Do your best to provide comfort and safety and take close observation to stressors, possible abuse, or even adverse side effects to medications and diet. Some parents learn of carbon monoxide leaks or other household toxins through their child’s strange behaviors and avoid serious dangers by simply paying attention. Do not always assume the worst or that your child’s experience is just imagination.