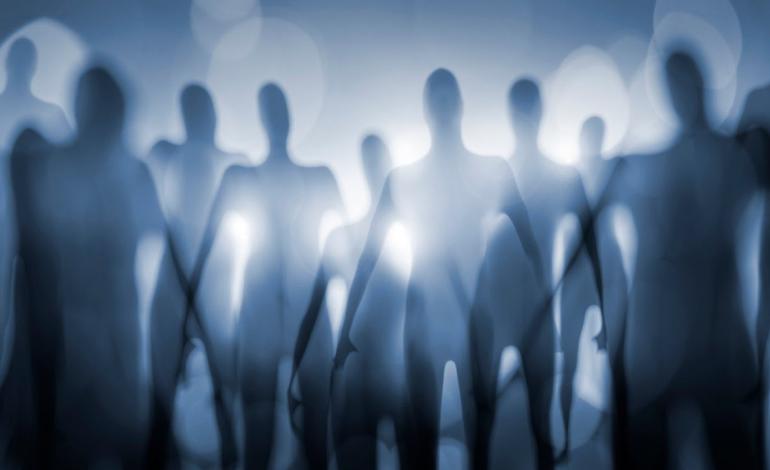 At home in Long Island, New York, Maria D’Andrea wears the multi-jewelled crown of psychic, shaman, interfaith minister, lecturer, teacher and author. She can also lay claim to the diamonds of UFO contactee and time traveller to complete her crown of wisdom. I spoke to Maria recently, being fascinated particularly by her UFO-related experiences and her claim that she has developed the incredible ability to travel through space and time, which she describes in astonishing detail in her recent book “Travel the Waves of Time: Contacting Beneficial Beings,” which is part of the “Yes You Can!” series released by Tim Beckley’s Inner Light publishing.

From the start, Maria wanted to make it plain that, when we talk about UFOs and their occupants, we are actually speaking of more than just one type of craft and crew. “There are some aliens that are interdimensional and some that are physical,” Maria said. “But a lot of it is just that they’re on another plane of existence. We look at ‘spaceships’ – for lack of a better word. Sometimes, the way that they’re spinning vibrationally, you might see part of the ship because it will be in synch vibrationally with our realm for a couple of seconds or for a little while. Sometimes they’re simply physical ships. In any case, they have the ability to shift their energy between time and space. It’s just like when we go out-of-body; we’re able to travel totally without limits. “But I find from my experiences, when I’ve run into the aliens, it happened more often when I was going out-of-body rather than seeing them physically. If you look at olden times, like really way back, people used to think of aliens that could travel between dimensions and through time as gods. They believed in ‘sky gods,’ which could have appeared in an airplane, a rocket ship or a spaceship. But because they ‘came down from the sky,’ the ancients saw them as sky gods. There is also an entity called Chronos, who is a time god, as well as one called ‘the angel of time.’ So through the centuries they’ve always had some type of god that came down in one form or another. They’re really either just time travellers or aliens coming into our space.”

And what has Maria experienced herself in this regard? She says she now has the ability to consciously leave her body and often does so because it enables her to work with the various otherworldly energies quicker and more directly. During one out-of-body experience, she found herself looking at the planets.

“You’re thinking like you’re seeing somebody floating or flying through in-between the planets, right? And they’re usually going fast? I didn’t get to have that experience,” she said. “What I had was, I was stationary, like I was standing in one place, and the planets were moving. I remember a spaceship coming out from behind one of the planets. And it came a little bit closer. It kind of stopped and looked at me and then it went away. So these things happen more frequently when you’re out-of-body.”

A VANGUARD OF UFO OCCUPANTS

In other experiences, Maria has literally seen the UFO occupants. “I had one situation where they looked just like us,” she recalled. “And then I had one that was just very strange. I’m kind of bad with heights and things, but they were a little bit taller than me and their skin was like a very dark brown. But it looked kind of leathery. When I met them, they seemed very, very friendly. “They just wanted to pass on information to me. Which really means to ‘us,’ or whoever would have shown up. I don’t think it was only me specifically. Now, I was getting this more telepathically. It wasn’t as though I was getting a language or hearing it clairaudiently, which sometimes you do. This was more you just ‘know’ what they’re saying. There’s a ‘cross-sentience’ where you just know. There’s no other way to describe it.”

The dark brown leathery aliens communicated to Maria the idea that they wanted to help the world become more “awake.” “The word I kept getting was ‘awake,’” she recounted. “I would have thought they would say ‘enlightened’ or ‘to do better,’ but I kept getting the word ‘awake.’ They were trying to awaken the planet and they were sending what looked like energy light waves. Think of a laser beam coming from them. It looked like it was coming from what we would call our Third Eye and the center of the palms of their hands. They were just sending white light with a little blue on the edges. I don’t know why. They didn’t explain the light; they just shined it on the planet to help the people awaken. Then they disappeared.”

Maria has had even stranger experiences, including this one that happened on her very first journey out-of-body. “It feels like you’re in a gray room,” she said. “You know you’re in a room but you just don’t see walls. I remember that at a distance there was a row of – for lack of a better word – what looked like ‘monks.’ There was a row of them going from right to left. It kind of looked like a procession. The reason I’m saying ‘monks’ is because they had cloaks, brown cloaks, over their heads, so I couldn’t see their faces. “I wanted to get closer to see what they looked like. When I started moving closer, I actually ‘felt’ a warning to stay away. Being who I am, I wanted to get closer anyway. Some of us don’t learn. So I moved a little closer and I felt the warning much stronger that said to ‘stay away.’ I tried moving closer anyway, because, again, it’s just me.”

After this last attempt to move closer, the warning to stay away suddenly had more meaning. “All of sudden I realized that I didn’t know who I was,” Maria said. “Not only did I not know my name or who I was – I thought, okay, if I look down at my body I will see who I am. I looked down and there was nothing there. I panicked because, on top of everything else, now I didn’t even know my gender. It scared me so much that I popped right back into my body. “If something happens and you get scared,” she explained, “or you’re in danger, you will automatically snap back into your body. It’s not like you’re going to die. You automatically snap back. But the first time, that’s what happened to me. I still don’t know who [the monks] are. It hasn’t happened again. But it was really, really scary. “And after a couple of months of calming down,” she said, laughing, “I’ve been doing it ever since. I’ve never again run across the monks. But I could definitely ‘feel’ a warning. It wasn’t a threat. It wasn’t that I was in danger. It was just a warning not to get closer. Since then I’ve learned that if you’re seeing something at a distance, you really can’t get much closer. Because the closer you start to get, it just disappears and you come back. I think some of it could just be a survival instinct. On the other hand, when we have experiences like that, we tend to learn from them and try to do a little better with that.”

HOW-TO BOOKS OF THE SUPERNATURAL KIND

Visit Maria’s website at http://www.mariadandrea.com to get a detailed rundown of the services she offers and the numerous books she has authored over a lifetime of psychic adventure and exploration. She has definite ideas about the pragmatic nature of her literary output. “First of all, all my books are really How-To books,” Maria explained. “They’re not about my life. It’s not vain. It’s all How-To, so that people can do things for themselves. Because I truly believe that the more you can do for yourself, the better the world gets. Basically, if you know the technique, pretty much everybody can do it. A lot of it has to do with going out-of-body.”

There are numerous ways to achieve an out-of-body state, such as by using meditation or specific types of crystal and copper in various setups and combinations. “When you’re dealing with that,” Maria said, “what people forget about is that it’s basically about how to navigate the energy streams. So, when you’re going out-of-body, there are different waves or different levels of energy. And interdimensionally, the only difference between our dimension and another dimension is the rate of vibration per second of the energy.”

This difference in the rate of vibration is why some things are visible to us in the physical realm and some are not. It also explains why something may appear only temporarily to us, because the vibration of the energy from another dimensions is just momentarily in synch with our own before reverting back to its own dimension. To reinforce this idea, Maria points out that, in real-world physical terms, we know a spectrum of colours exists that is far outside our human ability to perceive them. Even though we don’t take them in with our eyes, they are nevertheless truly there. “So, when you’re dealing with out-of-body,” Maria continued, “or when you’re dealing with travelling through time and through space, essentially you’re putting yourself into alignment with the vibrations of the energy on that interdimensional edge. The difference is, sometimes we do it consciously and sometimes we don’t. I do feel that we’re always under our own control. And that’s a very big factor. People get very nervous about some of these situations.

“The first thing I always teach is,” she cautioned, “with anything someone is ever going to try spiritually, on the paranormal level, psychically – on any of those levels – the first thing they must do is learn psychic self-defense. Because you need to be safe. I look at it as ‘electricity.’ You don’t see electricity but you also don’t put your hand in the socket. It’s a matter of understanding the laws of the universe.” Psychic self-defence involves various rituals, spoken prayers and visualising oneself surrounded by heavenly white light. The important thing is to be aware of one’s rights as a mortal creature who need not fear the spirits on the other side even if the entity one has contacted reveals itself as negative and malevolent.

TIME TRAVEL IS THE WAVE OF THE PRESENT AND THE FUTURE!

Maria also has her own perspective on the phenomenon of time travel. “We have a specific time that we look at, whether we’re doing rituals or anything else,” she said. “And the reason is that we need the ‘time construct’ in order to have the necessary mental perception to function in the physical world. So we have ‘time,’ but they do not. When you’re dealing with spirits or aliens or any form that is interdimensional, they don’t have the same outlook on time as we do.”

The first step to genuine time travel is to learn to travel out-of-body and therefore outside of time itself as well. Just like the benevolent spirits we may contact on the out-of-body plane, we also are not limited by time or space. “We are actually masters of time,” Maria declared. “People just don’t realise that because they don’t know the technique. I do like to get people to understand how to work interdimensionally because we’re really not alone.”

TRAVELLING THE WAVES OF TIME