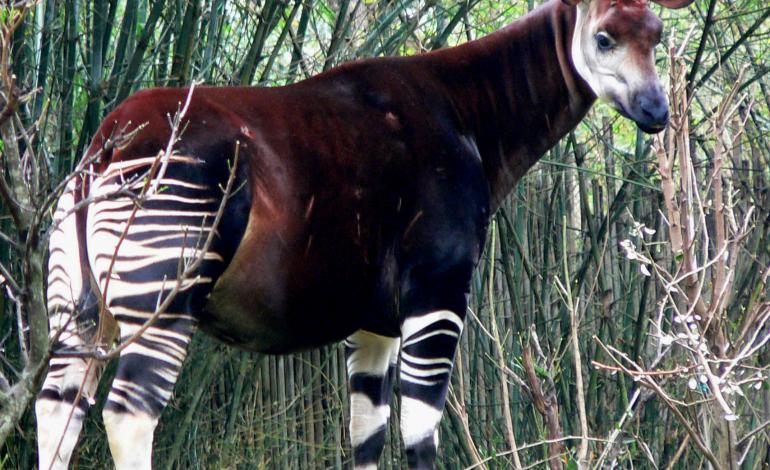 Cryptozoology; The study of undiscovered species. It’s been around for quite a while now & pretty set it its ways. For the duration of its existence, it’s held the same basic principles as Zoology, which is based off of scientific facts. However, when dealing w/the unknown, Cryptozoology doesn’t always have the clear data or evidence that Zoology is a custom to. This is the reason some scientists have had trouble recognizing Cryptozoology as a legitimate field of study, which is unfortunate to say the least. But this article doesn’t apply to those individuals. This is for those who truly have an open mind to all possibilities. Absence of proof is not proof of absence.

As a Paranormal Historian, l am versed in 6 fields of study (or categories) of the unexplained. One of those fields is Cryptozoology. And for the last 20 years as such, it has been part of my job to understand & recognize those aspects & developments that come from the study & research of Cryptozoology. It’s also my job to be as unbiased as possible w/in reason. This is the reason l choose to stay “on the fence” regarding the division in faction lm about to present. This opinion comes from my vantage point on that fence of neutrality.

There are basically 2 sides of the fence in Cryptozoology. On one side we have the camp that believes cryptids are flesh & blood creatures from our realm which have yet to be documented properly by scientific means. These cryptids stay hidden simply by being extremely elusive. This is what l refers to as ‘old school’ Cryptozoology & seems to generally be the more prominent view amongst Cryptozoologists.

On the other side of the fence we have the other camp, which believes cryptids like Bigfoot or Dogman have special powers or abilities that we as humans do not possess. Abilities like a-porting, using portals, cloaking, ect… This is how they stay hidden so well as to avoid detection from most parties. Although this train of thought isn’t as prominent among most Cryptozoologists, w/in the last decade the idea is starting to take hold among people who study cryptids as well as those from other fields who also have invested interests in the unexplained.

These two camps have been butting heads ever since they were aware of each other. Because of which, there has been this present element w/in Cryptozoology which tears at the unity of a field designed to find answers to these unknown creatures which have been reported by countless individuals. Thus, this endless debate w/in this faction is ever present & will most likely be never ending until major questions can be answered. Alas, this constant quarrelling seems to me to be counterproductive for Cryptozoology overall, because time is spent debating possibilities which cannot be proven either way.

I believe this increase is because these last few years have seen a serious surge in field research for cryptids due in part to TV shows such as “Finding Bigfoot” & the like, which encourage people to go out & try to document evidence. Hundreds of small cryptid groups are out there searching for cryptids, w/thousands of trap cams placed out in our forests. But instead of better pictures of Bigfoot or Dogmen, anomalous images sometimes appear instead. Or top of the line equipment malfunctioning for no apparent reason. Add these kinds of things w/personal experiences which seem to defy logic as we’ve been taught, & one can see the reason for the division.

If we recognize Para cryptozoology in the same way we recognize Parapsychology, then the old school Cryptozoologists can have their field back w/out the portals & cloaking, while the focus on unusual abilities with unusual creatures can also thrive w/out the constant ridicule from the peers who attack ideas outside the box.

Ultimately, we all need to remember that no one side has produced the solid evidence that will definitely prove these things to be real. This is all research of the unexplained, despite which camp you fall into. I have great respect for both camps. There are top researchers in both camps, both of which make good points.

So l says, accept Para cryptozoology for what it is. This will give separation to the two camps so both sides can hopefully exist more peacefully. Para cryptozoology isn’t any more farfetched than Ufology, Parapsychology, or Demonology, as they all deal w/supernatural qualities above the norm. As long as folks report supernatural qualities to certain cryptids, it shouldn’t be ignored just because it’s unusual. Thus we have this division.