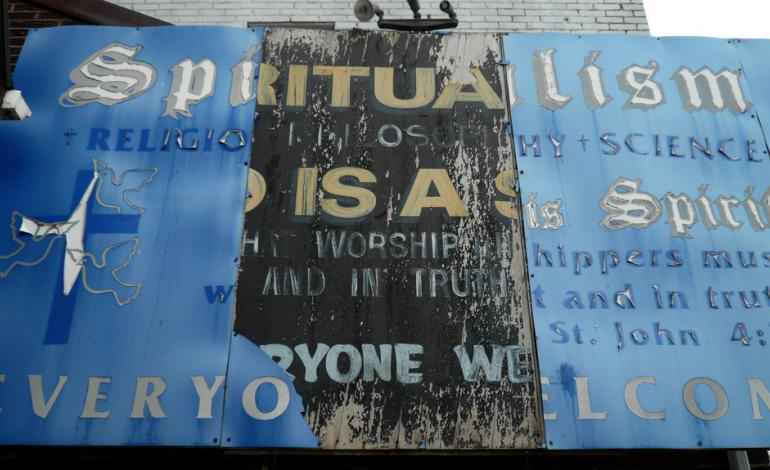 I am, for all intents and purposes a major history nerd. There is nothing better than cracking open a book about the American Civil War, or losing myself in endless hours of World War II documentaries. And despite my considerable shortcomings in most of my classes in high school, history was the one subject I truly excelled in.

You may ask why history is so important. It’s an honest question to a subject many find boring, history serves a twofold purpose. One, it gives us the perspective on where we came from and where we are going. Two, it teaches us not to make the same stupid mistakes our ancestors made. Mistakes that have almost brought us to the brink of destruction more than once. If history attests to one thing, we as humans can be kind of dumb.

If you call yourself a paranormal researcher or investigator, it’s important to understand the history of why we give up our Saturday nights to sit in some mouldy dark basement hoping to make contact with something that may or may not be there.

Understanding the history of why we do what we do, or why we use the methods we use to make contact with the spirit world is of the utmost importance. The whole one tsp for yes, and two for no method so many of us use when in the field. It goes back much further than you think. Back to an era when an alternative spiritual movement threatened to dethrone Christianity as the dominate religion in the western world. And it was also a social movement that may have been instrumental in giving women the right to vote.

When Spiritualism began many considered it to be the dawn of a new age. Spiritualism as a belief system opened a new way of understanding the world around us. Furthermore, this new belief system provided a new perspective on life after death, and what happens to us when we shrug off this mortal coil.

Up until that time, Christianity was the go to belief system for the western world. For centuries the church taught that if lived a pious life and believed on the Lord than you were welcomed into the open arms of God and lived forever in heaven. But if you continued to sin and rejected the teachings of Christ it meant an eternity of torment. Spiritualism had a much different approach. Spiritualism taught that souls of the dearly departed still wandered the Earth seeking to make contact with the living. For many, this seemed like a good deal, the pain of death and the uncertainty of what happened next seemed a little less severe.

Spiritualism had a second, somewhat unintended effect on Victorian society. Not only did the dead have a voice, but so did women. For much of history, women were to be seen and rarely heard. A

Woman’s place was either in the kitchen or taking care of the children while their male counterparts were out conquering the world. Women were expected to nothing more than pretty but silent companions to the male gender.

With advent of Spiritualism, women now had a voice. Although there were many men who had the gift in communicating with the spirit realm, women seemed to have a greater acumen in contacting the other side. More women had the gift of the medium. Some historians believed that Spiritualism may have sparked the Suffrage movement, a social movement in the US and the UK that sought to give women the right to vote. Women now had a voice and they would exercise that voice in more ways the one.

So, where did this “dawn of a new age” get its start? Like most movements, Spiritualism had very humble beginnings. This movement that sparked a revolution of belief and ideas began with three young women in a small house in upstate New York and a haunting.