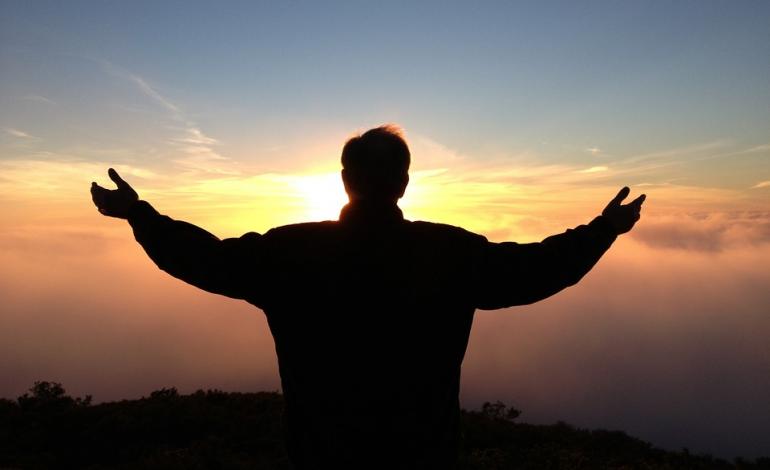 As we did with the days of Noah, so we will now do with the the days of Lot. In Abraham’s’ nephew’s day, we find much the same feasting and carousing as we found in Noah’s. A people lawless, godless, and wholly unconcerned with righteousness.

As Scripture tells us, Sodom, Gomorrah, and indeed the entire valley of cities surrounding them were destroyed in fire and brimstone. One main argument of Spirit-less theologians is the misuse of this verse.

“Look, this was the iniquity of your sister Sodom: She and her daughter had pride, fullness of food, and abundance of idleness; neither did she strengthen the hand of the poor and needy.” (Ezekiel 16:49)

This was certainly found in Sodom. She was greedy and unkind to all those Scripture and the ancient hospitality customs demanded she be gracious to. Yet it appears that when these Spirit-less theologians quote this as the sole reason for Sodom’s destruction, they conveniently forget about the verse that immediately follows.

“And they were haughty and committed abomination before Me; therefore I took them away as I saw fit.” (Ezekiel 16:50)

Now, the last time I checked, simply being greedy and inhospitable, while wicked, is not an abomination by Scriptural definition. Therefore, it had to be something more, something greater, something deeper. To identify this abomination, let’s look at the story of Lot in Sodom.

“Now the two angels came to Sodom in the evening, and Lot was sitting in the gate of Sodom. When Lot saw them, he rose to meet them, and he bowed himself with his face toward the ground. And he said, “Here now, my lords, please turn in to your servant’s house and spend the night, and wash your feet; then you may rise early and go on your way.”

“And they said, “No, but we will spend the night in the open square.”

“But he insisted strongly; so they turned in to him and entered his house. Then he made them a feast, and baked unleavened bread, and they ate.

“Now before they lay down, the men of the city, the men of Sodom, both old and young, all the people from every quarter, surrounded the house. And they called to Lot and said to him, “Where are the men who came to you tonight? Bring them out to us that we may know them carnally.”

“So Lot went out to them through the doorway, shut the door behind him, and said, “Please, my brethren, do not do so wickedly! See now, I have two daughters who have not known a man; please, let me bring them out to you, and you may do to them as you wish; only do nothing to these men, since this is the reason they have come under the shadow of my roof.”

“And they said, “Stand back!” Then they said, “This one came in to stay here,and he keeps acting as a judge; now we will deal worse with you than with them.” So they pressed hard against the man Lot, and came near to break down the door. But the men reached out their hands and pulled Lot into the house with them, and shut the door. And they struck the men who were at the doorway of the house with blindness, both small and great, so that they became weary trying to find the door.

“Then the men said to Lot, “Have you anyone else here? Son-in-law, your sons, your daughters, and whomever you have in the city—take them out of this place! For we will destroy this place, because the outcry against them has grown great before the face of the Lord, and the Lord has sent us to destroy it.”

“When the morning dawned, the angels urged Lot to hurry, saying, “Arise, take your wife and your two daughters who are here, lest you be consumed in the punishment of the city.” And while he lingered, the men took hold of his hand, his wife’s hand, and the hands of his two daughters, the Lord being merciful to him, and they brought him out and set him outside the city. So it came to pass, when they had brought them outside, that he said, “Escape for your life! Do not look behind you nor stay anywhere in the plain. Escape to the mountains, lest you be destroyed.” (Genesis 19:1-17, see the whole chapter for the full story)

The scene preceding this story is a picture of Lot’s uncle, Abraham, meeting with three men: two angels and presumably, the pre-incarnate Son of God. In this meeting, the Lord sort of “tags along” with His angels on a mission, gives Abraham and Sarah some REALLY good news, then sends His men on to Sodom. While His men go before Him to the lush valley area, the Lord condescends to treat with Abraham. He speaks to His friend and tells him of His plans: Sodom will be destroyed.

“And the Lord said, ‘Shall I hide from Abraham what I am doing, since Abraham shall surely become a great and mighty nation, and all the nations of the earth shall be blessed in him? For I have known him, in order that he may command his children and his household after him, that they keep the way of the Lord, to do righteousness and justice, that the Lord may bring to Abraham what He has spoken to him.’ And the Lord said, ‘Because the outcry against Sodom and Gomorrah is great, and because their sin is very grave, I will go down now and see whether they have done altogether according to the outcry against it that has come to Me; and if not, I will know.’” (Genesis 18:17-21)

Jesus called their sin “grave.” Not that all sin isn’t already grave, yet the fact that He specifically chose to state it that way as opposed to just saying “they’ve sinned” places special emphasis on the sin the peoples were guilty of. As I’ve already stated, being inhospitable is not a grave sin, it’s not an abomination. The Prophet Isaiah may have called inhospitality “wickedness” (Isa. 58), but not an abomination. Thus we can see that it was a very specific type of sin, a specific type of inhospitality that set Sodom and Gomorrah aside for judgment.

These fatally wicked men sought to know the angels. This knowledge is a verb denoting sexual intercourse. Often when Scripture refers to sexual intercourse, the terms to know or knew are used. “Now Adam knew Eve his wife, and she conceived and bore Cain, and said, ‘I have acquired a man from the Lord.’” (Genesis 4:1)

“And Adam knew his wife again, and she bore a son and named him Seth, ‘For God has appointed another seed for me instead of Abel, whom Cain killed.’” (Genesis 4:25)

“Now the young woman was very beautiful to behold, a virgin; no man had known her.” (Genesis 24:16)

Now there are two separate schools of thought we could apply here:

1.The angels had a certain something about them that indicated they were otherworldly or

If the first, then these men of Sodom were equally as wicked as the people in Noah’s day, in the same kind of way, in that they sought to have sexual intercourse of any kind—by consent or by rape—with angels. In fact, you could say if the knowledge of their angelic nature was obvious, the men of Sodom committed a greater sin than that of those destroyed in the Flood because they did not seek sex with fallen angels, but with God’s holy angels! Can you imagine?!

Now the second and, I believe, more accepted theory is that the men of Sodom honestly did not know these men were angels. And this we can gather by something the Apostle Paul admonished us to remember:

“Do not forget to entertain strangers, for by so doing some have unwittingly entertained angels.” (Hebrews 13:2)

I believe this was part of the reason hospitality to strangers was such a high order in the ancient world because heathen, pagan, or follower of Jehovah—all would have believed in the frequent interactions between Heaven and earth in the form of divine beings passing in and out of our world. Jews and Christians believed in God Himself coming down as well as His angels. Perhaps a very similar mission was carried out by God and a couple angels when the Tower of Babel was built?

“But the Lord came down to see the city and the tower which the sons of men had built. And the Lord said, ‘Indeed the people are one and they all have one language, and this is what they begin to do; now nothing that they propose to do will be withheld from them. Come, let Us go down and there confuse their language, that they may not understand one another’s speech.’” (Genesis 11:5-7)

Who knows how many times the Lord Himself has come down to walk among us, unawares? He even did it to His own disciples!

“Now behold, two of them were traveling that same day to a village called Emmaus, which was seven miles from Jerusalem. And they talked together of all these things which had happened. So it was, while they conversed and reasoned, that Jesus Himself drew near and went with them. But their eyes were restrained, so that they did not know Him…. Now it came to pass, as He sat at the table with them, that He took bread, blessed and broke it, and gave it to them. Then their eyes were opened and they knew Him; and He vanished from their sight.” (Luke 24:13-16, 30-31)

And the Bible, Genesis to Revelation, is positively chocked FULL of angelic visitations, many of them to people who were unaware that they had just met an angel (often, until they left). For more on this subject see Charisma House’s phenomenal book, Everyone’s Guide to Angels.

Similarly, and this is another twisted truth found in mythology, the ancients believed that “the gods” came down to walk among men. And this was and is believed by a great many people from the Ancient Europeans and Asians to the First People (Natives) of America. Homer’s Iliad is full of such encounters with Odysseus’ patron goddess, Athena, as well as Hermes, Calypso, and many others. Many a story has been told of the Greek pantheon-head, Zeus, coming down in various forms, knowing many women (to his wife Hera’s great chagrin), and siring offspring such as Hercules and Achilles. Of course, if we believe the Word of God, then we believe these interactions to have been with fallen angels, not gods.

And it would seem that very often, as with the case of Sodom and Babel, God came down as a precedent to His judgment. Many angels of God come down for the same reason, to pronounce and even execute God’s judgment. Sodom was certainly worthy of this visit’s intent.

The following is an excerpt from my book, The Days of Noah and Lot: Uncovering the Perversions of the First and Last Days. Get your copy today!