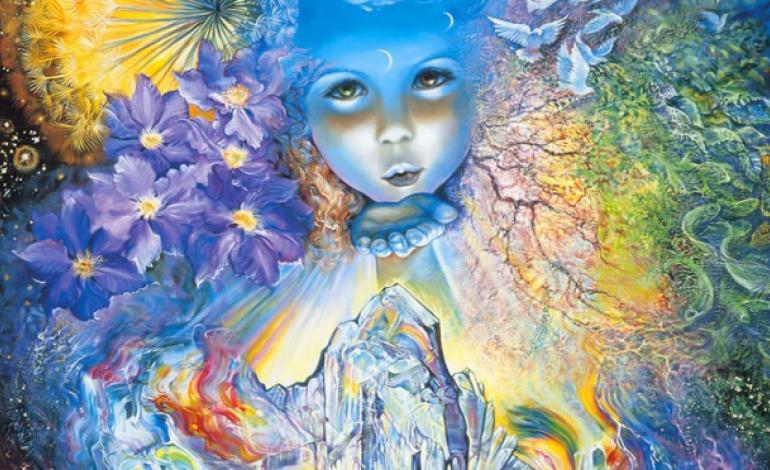 In April of this year the unthinkable happened. What’s worse is that the “unthinkable” had happened twice before in the past two years to our family. Why, then, was what happened this spring labelled by us as unthinkable? Remarkably none of us saw it coming. Not again.

This past January, my eldest son and his wife received a blessing in the form of my granddaughter, Abbigail Faith. She was a plump 8 pounder with dark hair, her mother’s nose and her father’s wide forehead. She was due on December 25th but we forgave her immediately. You see, she was my daughter in law and son’s third pregnancy. The two babies before her, one a girl, never made it to their due date and took pieces of our hearts with them when they died. Abby was the miracle we’d all prayed for.

During the time we waited for her we received more happy news. My youngest son and his wife were expecting their second child, due in August. Already the parents of my beloved grandson, Everett, my grandmother heart overflowed with joy as I pictured the next Christmas morning with all four of my grandchildren around the tree. It was not to be.

In April, my daughter in law, son and Everett went together to her doctor to see the miracle of the sonogram. We’d seen one already of the squirming, normal looking little baby but that one was done too soon to tell if this baby was a girl or boy. Now we would know and Everett happily made a plan of how he would tell the rest of us.

At 2:00 my phone rang. I saw it was my son and knowing the appointment had been an hour earlier I prepared for my prankster child to joke they were having twins. As soon as I heard his voice say, “Mom,” I knew. The baby’s heart had stopped sometime after the first sonogram two weeks before. It was a girl and at 16 weeks she was dead. My poor daughter in law would have to carry her for two days before they could induce labour and deliver my granddaughter. My only recently glued heart broke anew and through those sobs only some of you have known, I asked my son what had happened. They didn’t know.

The next two days were a terrible blur of tears, disbelief and questioning. Why, God? I asked over and over. Hadn’t our family already lost two babies and now the count was three? Why did both of my sons and their families have to endure this loss? Was something wrong with my own boys that caused this “coincidence?” And most of all, why did my daughter in law have to give birth? Could they not do what the doctors had mercifully done before with my first daughter in law? So many questions and no answers, only guesses.

My son and I took turns being in the labour and delivery room and it was when my son left the room for only a moment that my tiny granddaughter was quietly delivered by my daughter in law. The doctor wasn’t there and the nurse had only come in after the baby was out.

The doctor was told and quickly, gently picked up the sac with the baby in it. He gently removed her and wrapping her in a blanket handed her to my poor daughter in law.

Such tiny, perfect hands and feet! Little legs and arms, one crossed over her chest. Her eyes were shut and her ears barely formed but there she was a tiny miracle though she never took a breath. We couldn’t stop looking at her and I got to hold her, rocking her in the chair as I told her how much she was loved by us all. A nurse took her tiny footprints and my son took a picture of her. Then it was time to hand her to a very kind man from the funeral home. She would be cremated and returned to her parents later that week. Her big brother had liked the name “Juniper” much to my dismay but now it seemed appropriate and so Juniper Kay Graham she will forever be.

A few days later, Everett and I planted a juniper tree in my yard and every time I see it, my heart breaks a bit but I am glad to have held her, if only for a while. We never saw or held the first two little ones.

Nearly two weeks after her passing, I dreamed of her. She had a dark “ponytail” and in my dream I was placing her on the back of one of my own horses from the past. I don’t know which one, oddly. I was crying as I did so and she turned to me and said, “Don’t cry, Oma. I’ll be right back.” I awoke, oddly comforted and marvelled at her words. Wishful thinking? Perhaps, but maybe not.

It seems that some people believe we never really lose anyone, baby or otherwise. That at least sometimes, they come back at another time and maybe as another person in our family. They say that sometimes the circumstances aren’t quite right or that they themselves are not ready. I’d like to truly believe that and at this point in time, I think I shall.

In my heart, “Junibug,” my nickname for this youngest granddaughter will indeed come back. God grant it be soon. Come back, Junibug, your Oma misses you but even so, I’ll always love you to the moon and back.