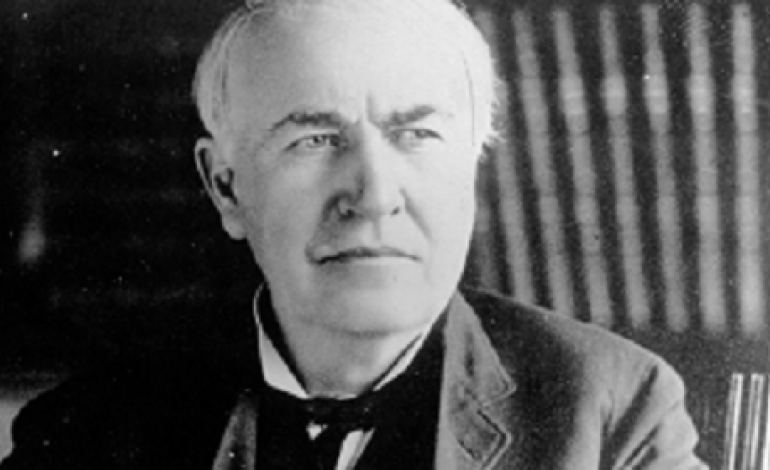 For many years research into ‘Spirit communication’ has been carried out, not only relying on spiritualism and the work of psychic mediums, but the use of electronic equipment, specifically recording devices. It is claimed that the voices of disembodied souls have not only been heard as a result of introducing technology to psychical research, but also captured. Electronic Voice Phenomena as it is now known has been around as long as electricity itself – or at least since electricity was harnessed for the purposes of powering radio equipment.

In the nineteenth century, scientists began toying with the idea of electronic communication with the spirits of the dead. Thomas Edison, inventor of the phonograph and electric light bulb, proposed such an apparatus in an interview for “The American Magazine” in October 1920:

“I have been at work for some time building an apparatus to see if it is possible for personalities which have left this earth to communicate with us.”


In his time Edison was something of a celebrity…no not celebrity, more than that. Put simply when Edison spoke, people listened and in the era of man alongside machine Edison held over 1000 patents, but did he actually develop the first EVP machine? It has long been speculated in paranormal circles that Edison did indeed create such a device, though it has been assumed that it must have been somehow lost. However, since we have no evidence of such a device having been constructed or even designed by Edison, we have to conclude that it was an idea that never materialized. But why would Edison, a scientific man be interested in dabbling in such matters? Psychic mediums were all the rage at this time and they were conducting séances quicker than the skeptics could debunk them (although several were doing so including Harry Houdini). However it was becoming increasingly popular to think that it might be possible to communicate with the dead. And if it was at all possible, Edison must have reasoned that it could be accomplished through scientific means. But it wasn’t through the work of Edison that the capturing of EVP’s was born.

In 1959 a Swedish film producer, Friedrich Jurgenson claimed to have captured a genuine EVP. It was apparently all quite accidental. He was recording birdsong near his home, but when he listened back to the recording, he heard a little more than just the birds. He heard voices. The voices were, he claimed, discussing the birdsong! He tried to debunk it, thinking that maybe he had picked up on a mere radio transmission, but when he began recording again, he heard the same voices and this time they addressed him by name. They told him they were his deceased relatives, and understandably Jurgenson was not only amazed, but this surprising event naturally piqued his interest, and he turned his attention to making recordings of nothing — that is, recordings made in a quite place with no one around. He continued to detect voices and his studies led to the 1964 publication of his book “Voices from space”. As time went on Jurgenson insisted that he recognized one of the voices regularly captured as that of his deceased mother, who would call him by a pet nickname, unknown to anyone else. Things began to get really interesting when in 1965 Jurgensons book was read by a psychology student of Carl Jung, Dr Konstantin Raudive, a man fascinated with parapsychology.


Raudive was so impressed with the findings of Jurgenson that he requested a meeting. The men worked together in an attempt to capture some EVP’s however they were not entirely successful despite a few quite muffled voices being identified. None the less Raudive remained fascinated and over the years went on to record thousands of his own EVP’s, in what he described as “laboratory conditions’, in which he captured several clear voices speaking in various languages, some of which he recognized as German and French.


Raudive wrote his book “Breakthrough” published in 1971 however today, sadly, many parapsychologist discount EVP’s as they feel they can be explained in a multitude of ways other than being the voices of the dead. One theory from the skeptical camp is that of Cross modulation. This is where it is claimed that a recording is simply picking up on crossing radio waves from various stations. This however is not accepted by believers in the phenomena, who argue, as Dr Raudive did, that there is never any music captured alongside the voices, which should inevitably happen if what we were capturing was indeed radio broadcasts. This was all very well, but what if we could not only hear the supposed voices of the dead, but could also speak back to them in a way they could understand and respond to. In 1977 George Meek, an American inventor claimed that he had invented a ground breaking machine which allowed 2-way communication between the living and the dead. This really was something of a headline grabber as far as paranormal enthusiasts were concerned. The machine itself emitted a single constant tone alongside various radio frequencies. The idea was that any spirit trying to make use of the machine would manipulate the frequencies in order to transfer a message within the background noise. One of the downfalls it seemed however was that the machine seemed to rely, at least in part, on the psychic abilities of the man who operated it, Bill O’Neil. O’Neil did record some very clear conversations using this device, between himself and ‘Doc Nick’ and ‘Dr Mueller’ both deceased. Meek named this project ‘Spiricom’, and there was a remarkable amount of detail given by these ghostly voices detailing their lives on earth and even suggestions on how to make the EVP machines work better. The EVP’s captured during Spiricom did however receive criticism as one of the voices, that of Dr Mueller did seen to have a somewhat electronic quality which led to accusations that O’Neil had been using an artificial larynx to create the voice, but no later attempts to recreate Mueller voice, either using an artificial larynx or other method, proved successful and so the critics were temporarily silenced.

During the controversy the tapes were listened to by a British EVP expert named Raymond Cass, who concluded:

“I have gone over the tapes time and time again, as an audiophonic expert. There’s one thing I am certain of. There are two different voices. O’Neil is NOT holding a conversation with himself”.

So is EVP truly a way of communicating with those on the other side of life?

In more recent times there have been cases where people have believed they have captured the voices of the deceased on their answerphones.

In 1991 a man named Bryan Lynn returned to his home in Manchester and as he did everyday, listened to his voicemails. Amongst the messages was a voice he later described as ‘demonic’ and those who heard it agreed that it had to be listened to, to be fully appreciated, as it sounded inhuman. Lynn questioned everyone he knew but no one owned up to it being a prank, and the tape was sent for analysis, which was inconclusive. There have been recordings made at RAF Cosford, allegedly including Morse code blips and the sound of plane engines in the background. Could these be residual imprints? Sounds, much like images being replayed over time and captured when conditions are right? Possibly.

It seems that most (but by no means all) psychologists disregard EVP as simply a form of auditory Pareidolia, an interpretation of random sounds as being words in ones own language. There have been studies carried out involving participants from different continents and there is some evidence to suggest that they do all interpret certain sounds as being words spoken in their respective languages, so yes, of course, as with anything, an element of interpretation can muddy the water. But is this alone enough to discount the possibility that the voices of the deceased can be captured? I don’t think so. Skeptics argue that you have to strain very hard to actually make out these words and voices, and claim that this fact in itself can lead to interpretation and misunderstanding, however this was most definitely not the case in the Spiricom project, which brings us to the next obvious explanation. Are all EVP’s a hoax? I think it’s impossible to label all recordings as such. There is no obvious motivation for a hoax, other than 5 minutes of fame I guess. For every theory there is an opposing school of thought, that’s what makes us human – our ability to think differently from each other, to have opinions and make our own individual choices regarding our beliefs. Personally I am yet to capture what I would consider a ‘water-tight EVP’, although I’ve recorded some that I still find interesting.

I believe we are still at the very beginning of our understanding of this phenomenon, and at what is only the birth of technological development as far as devices are concerned. People generally speaking, at least in paranormal circles, are becoming more interested in EVP’s, thanks in part to modern day experts and advocates like Eamonn Vann-Harris, Co-founder of New World Science, the Foundation for EVP and Metaphysical research (although most people will probably recognize him from his role as EVP expert on TV’s Most Haunted).

So will this renewed interest and enthusiasm for capturing recordings bear fruit? We will see. For now I will keep both my digital and my old tape recorders going at every opportunity!