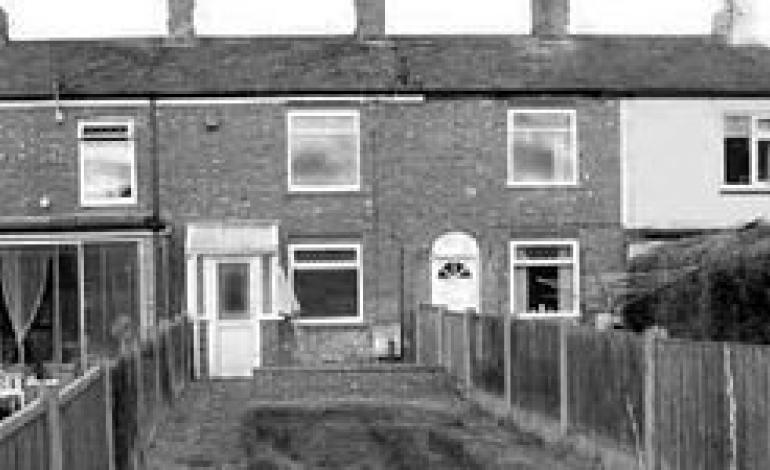 While we conducted a paranormal investigation at Sandhole Cottages in Winsford Cheshire, a former home of myself, we used technical and scientific investigation equipment and used a particular piece of equipment called a Kinect camera, which projects thousands of infrared dots if anyone stands in front of the camera, it will map them on a computer screen as a stick figure.

As we investigated Sandhole Cottages, from the moment we stepped foot into the house, paranormal activity was rife, instantaneous bangs could be heard, unexplained voices and strange temperature differences could be felt, but then the something happened that we could never of expected, the Kinect camera mapped a ghostly stick figure in the standing in the room with us and no one was there that the camera could map, we also panned round the room to prove it. It also appears to high five one of our guests Lizzie when we ask her to bring her arm into view on the camera, this is one of the best captures Ghost Dimension have ever caught, a ghostly figure actually interacting on camera with humans.

On previous investigations at Sandhole Cottages, we have seen a dark shadow mass appear on the stairs and an unexplained spirit entity touched one of our guests on her head, while she sat on the stairs.

The home was lived in by myself and Bex who host Ghost Dimension for many years and we had experienced many paranormal happenings such as knocks, bangs and doors opening on their own and we moved out after deciding enough is enough.

Upon moving our, we actually found death certificates in paperwork we found with the home, which we believe could belong to the lost souls who maybe returning to haunt the house.

It is now a hive a paranormal activity attracting ghost hunters from around the world to experience its unusual paranormal happenings. It is quickly becoming one of the worlds, most haunted houses.