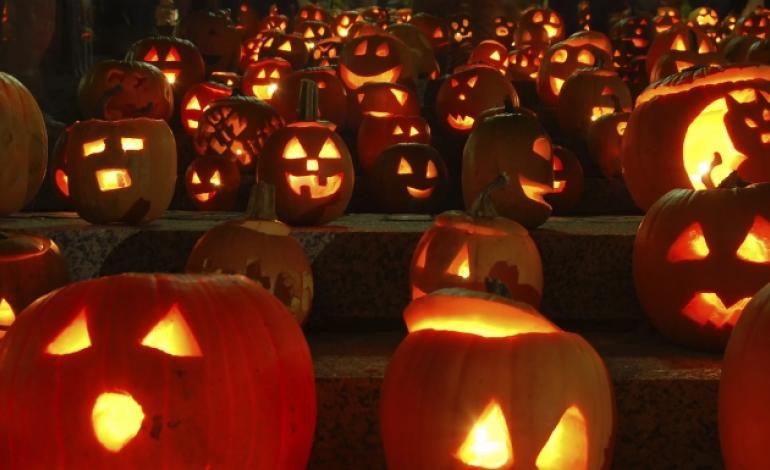 Autumn is a time of reflection but also a time of new beginnings. Personally I love everything about this season! Leaves go from brown to an array of colours! Children gather as much conkers as they can, to play the infamous game “Conkers” Bonfire smoke wafts through the early morning air, and when you walk through woodland there is this unexplainable atmosphere, somehow the spiritual World and our World seem very connected throughout this time.

October the 31st a time when people dress up as all manner of mythological creatures, such as Zombies, Ghouls, Witches etc… Some of them knock on doors and say the infamous saying “Treat or Treat” as they carry a Jack Lantern shaped bucket in their hands (Which they hope will be filled to the brim with sweets at the end of the night)

The older generation however use this date as an excuse to throw a massive party! (Who can blame them?) But how many people out there actually know the true meaning of “All Hallows Eve?” Halloween originally came from the Celtic festival of Sohan, in which they would celebrate the beginning of the New Year,

Also the Celts believed that the vail between this World and the next would be at its thinnest during this time. Which meant that the dead could walk among the living only for this one night, and the living could travel to the spirit realm if they desired, (According to legend there were some people that got trapped in the spirit realm due to them wondering too far??)

Many Religions from across the World have a day for celebrating Death, Such as the infamous Mexico festival (Which this year is celebrated on the 2nd of November 2017, Thursday. It is mainly celebrated in central and south reigns of the country) The Day of the Dead, which is often referred to as “Día de los Muertos”

The multi day holiday focuses on remembering Family members and friends who have passed on. Whilst doing research I also discovered that…

“Traditions connected with the holiday include building private altars honouring the deceased using the favourite foods and beverages of the departed. Visitors also leave possessions of the deceased at the graves.”

Many people believe that one of the infamous logos of Halloween, Pumpkins originated in America when in fact during the tradition of carving faces into vegetables came from Ireland. However Pumpkins were very rare in Ireland so they used to carve into Turnips, once carved them would place a burning ember into them making a “Jack O Lantern” which they would place outside their front door to ward off any evil spirits.

But where did we get the term Jack O lantern from?

“Several centuries ago amongst myriad towns and villages in Ireland there lived a drunk known as “Stingy Jack”. On a fateful night, The Devil overheard the tale of Jack’s evil deeds and silver tongue. The devil went to find out for him whether or not Jack lived up to his reputation.

Typical of Jack, he was drunk and wandering through the countryside at night when he came upon a body, the body with an eerie grimace on its face turned out to be Satan. Jack realized this was his end; The Devil had come to collect his malevolent soul. Jack made a last request: he asked Satan to let him drink ale before he departed to Hades.

Finding no reason deny the request, Satan took Jack to the local pub and supplied him with many alcoholic beverages. Upon quenching his thirst, Jack asked Satan to pay the tab on the ale, to Satan’s surprise. Jack convinced Satan to transform into a silver coin which to pay the bartender. Jack stuck the now transmogrified Satan (coin) into his pocket, which also contained a crucifix. The crucifix’s presence kept Satan from escaping his form. This coerced Satan to agree to Jack’s demand: in exchange for Satan’s freedom, he had to spare Jack’s soul for ten years.

Ten years later to the date when Jack originally struck his deal, he found himself once again in Satan’s presence. Jack happened upon Satan in the same setting as before and seemingly accepted it was his time to go to Hades for good.

As Satan prepared to take him to hell, Jack asked if he could have one apple to feed his starving belly. Foolishly Satan once again agreed to this request. As Satan climbed up the branches of a nearby apple tree, Jack surrounded its base with crucifixes.

Satan, frustrated at the fact that he been entrapped again, demanded his release. As Jack did before, he made a demand: that his soul never is taken by Satan into Hades. Satan agreed and was set free.

Eventually the drinking took its toll on Jack; he died the way he lived. Jack then went down to the Gates of Hell and begged for commission into underworld. Satan, fulfilling his obligation to Jack, could not take his soul.

To warn others, he gave Jack an ember, marking him a denizen of the netherworld. From that day on until eternity’s end, Jack is doomed to roam the world between the planes of good and evil with only an ember inside a hollowed Turnip to light his way.”

Since the middle ages there has been a tradition of “Mumming” on a certain holiday. It involved going door-to-door in costume, performing short scenes or parts of plays in exchange for food or drink.

The custom of trick-or-treating on Halloween may come from the belief that supernatural beings, or the souls of the dead, roamed the earth at this time and needed to be appeased, with cakes or food, which relatives would leave on their graves ( They thought by doing this that it would stop them from roaming the Earth.)

This season is a very unique one, not just because Nature changes its colour but because it is steeped in History.