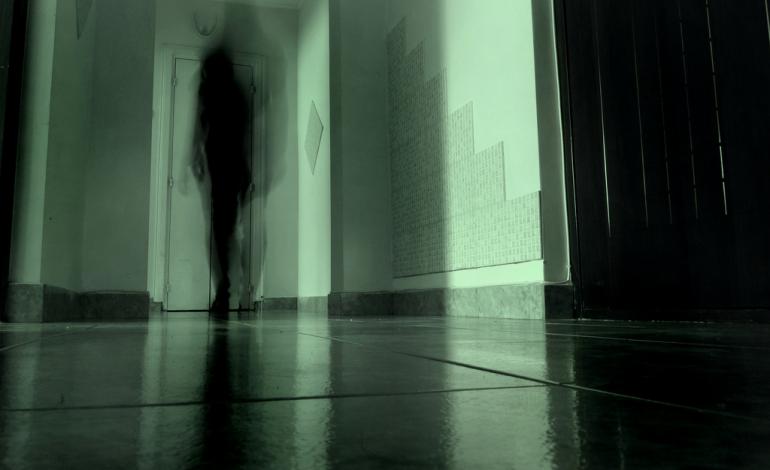 In the field of paranormal investigating, dis-embodied voices can be attributed to invisible entities such as ghosts, spirits, demons, etc…, especially when they are reported in conjunction with possible paranormal activity. For those who investigate the paranormal, it not unheard of to have a client report hearing voices along with the other activity they profess.

But how can we tell when an entity may be the culprit opposed to an auditory hallucination? Technically, it could come from either source. One medical study we came across claimed up to twenty plus percent of people have claimed to hear voices they could not explain at one time or another during their life.

And even if you haven’t, considered this; have you ever heard your name called before (with no source) or get a song stuck in your head? Those are minor examples of course. But if it were worse & one heard voices quite often that they could not explain, might not one possibly feel “haunted”?

For the smaller percentage of cases which are worse, persistent auditory hallucinations can be caused by mental health disorders like schizophrenia, severe manic depression, or psychosis. Seventy percent of people who hear auditory hallucinations also suffer from post-traumatic stress disorder. Some of these folks have been diagnosed in the past with one or more of these disorders, & others have not. The ones that have been diagnosed which come to you may be in denial & looking for an alternative reason to explain the voices. & of course the ones who haven’t been diagnosed may not know any better. There are many variations of course.

There are noticeable differences as well as red flags one can look for to determine what is going on with the voices. Your investigation can rule out & point out much. We can promise that if you investigate the paranormal long enough, sooner or later someone will eventually come to you with this problem, so here are some things to keep in mind.

First off, there usually is a tell-tale sign to a dis-embodied paranormal voice(s) in that when people report these voices, they quite often can’t make out what the entity/entities are saying. They can barely hear what’s being said, but they’re sure they’re hearing a sentence or even a conversation (between two or more entities perhaps).

& if they do hear what the voice is saying, it’s usually just a sentence or two every so often. The voices are also outside of the head, as to say non telepathic. Plus with true dis-embodied voices, there may be more than one witness. If more than one person heard the voices, then one can rule out auditory hallucinations.

When someone is hearing true clinical auditory voices, there are some traits worth noting. One is that the voices are usually heard often, no matter where they go. A paranormal investigation can rule out possible demonic possession as a possibility by referring to a demonologists check list to see if there are any demonic tell-tale signs which equate to a diabolical haunting. That’s a whole other article in itself however.

Another thing to note is that when it’s a true auditory hallucination, the voices are usually heard loud & clear, either within the head itself, or in some cases right next to the head. This is in contrast to barely or hardly being able to hear what’s being said, like with a true dis-embodied voice.

The paranormal investigation itself can also help verify what’s going on by noting if there is anything else on the premises which may also be documentable paranormal evidence to support the general possibility of paranormal activity. If your team collects other evidence, especially evp’s which are truly unexplainable & validate a potential source, and then the possibility of auditory hallucinations through a mental disorder subsiquentially decreases.

For those just looking to garner paranormal evidence, they may not choose to help these people when they realize what the issue may be. But for those who are in the business to truly help people, what can be done when one eventually comes across a case where a mental illness is the culprit?

Of course there is kindness & compassion. Take some time to gently explain your findings & research. It’s our belief every team should know or find a psychologist or psychotherapist who can be consulted in such cases as needed. A few are even willing to work on paranormal cases or even with paranormal teams. It’s choice to have someone on the team with an academic mental health background to help with these kinds of situations.

Many people who suffer auditory hallucinations don’t like to discuss this with others. This is just one reason why support groups for this disorder are more successful with dealing with & treating this disorder. Another reason is people can interact with one other to learn what is working for everyone else in the group. The therapist who runs the group will also partially discuss ways to make some of these negative experiences into positives, as some who live with this disorder view it as a positive. And of course, there is acceptance from others. These are all important elements in dealing with these voices from within which can be found in support groups.

We should also mention that one can recommend seeing a psychiatrist for this disorder. However, the psychiatrist will recommend the use of tranquilizers which will likely do as much harm as good. Most who try this route are not happy with the overall results. Some end up quitting the regiment, others end up with an addiction. This will also cost much money. These are reasons why a psychiatrist in this kind of situation is not the best choice in our opinion, although certainly an option.

There is a flip side to this. There are written accounts in history where someone was diagnosed with a mental disorder for auditory hallucinations when in fact it was later learned that they had a spiritual issue instead such as an attachment or various stages of possession. This example is quite rare, but there variations to what one may find in a case. & not to say someone with a mental disorder can’t experience paranormal activity in a haunted environment. So it’s always best to approach any case from as many angles as possible to determine what is truly going on, as each case is unique & has different variables.