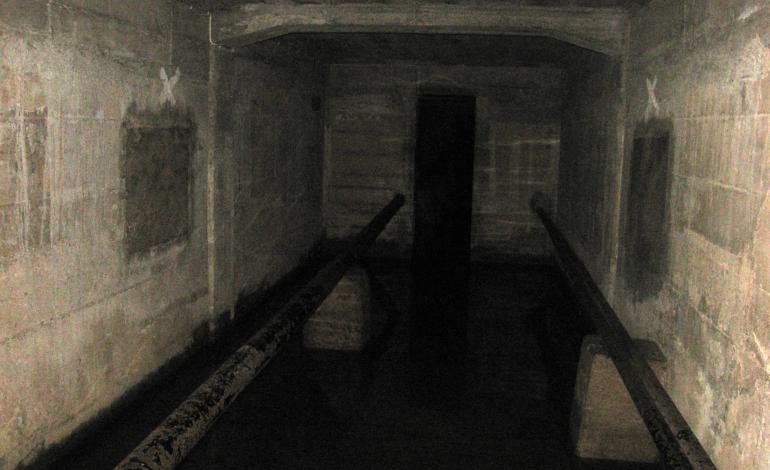 When I began ghost hunting away back in the last century, nobody had heard of broadband, I struggled with dial-up modems to connect to the internet and had barely mastered email and newsgroups as an early form of social media. Back then, I avidly read books, trawled from the local library and bought from bookseller’s mailing lists, painstakingly and painfully slowly transferred videos from the camcorders to VHS tape and later using an assortment of expensive interface boxes and cables struggled to get the video onto a home PC. Audio was dealt with using a cassette recorder, good quality microphone and a decent pair of headphones and pictures were taken using film or for immediacy, Polaroid - although the quality suffered greatly for the convenience. Later, I switched to digital sound using an assortment of mini-disc recorders and I well remember the amazement of my first digital camera and it’s near £1,000 price tag and the low-res picture quality.

Apart from an occasional interaction via email or in the newsgroups or at annual conferences or ‘training days’ our little ghost investigation team were left to quietly develop and hone our skills. There was the annual phone call from the local paper looking for a topical ghostly tale for the their Halloween edition and I recall the nervous thrill when a BBC local evening news reporter telephoned about a case we were pursuing at a local museum, saying that they wanted to film an interview - which I recall lasted about 15 seconds when eventually broadcast! Our only real output was the weighty and detailed report we produced for the client whose property and ghosts we were investigating. Nobody really cared what we did, to be truthful nobody really cared much about ghosts and the paranormal, we were just part of a small band of amateur groups scattered widely throughout the UK each working quietly to pursue our hobby.

Ghost hunting as a hobby was viewed as mildly odd, a little eccentric and perhaps a little less fruitful than train spotting - they at least could generally be assured of seeing something when they set off out! It’s been said many times before that things changed with the advent of Most Haunted and certainly that sparked a huge wave of public interest in the subject, groups formed and the internet began to fill with homepages for paranormal teams, each with pages devoted to their cases, their equipment and their theories. Many had forums, places where members and non-members could post comments, discuss and pick-over the various bits of evidence that was being presented, arguments were uncommon and the system was generally slow and clunky but it kind of worked.

In early 2004 a juggernaut was unleashed; it crept up slowly, gaining momentum. At first it was a bit of a novelty something that allowed you to share snippets of news and gossip with friends and family and of course with your ghost hunting pals. Soon enough paranormal teams began to create their own pages on this new service dubbed the ‘Social Media’ and called Facebook®.

These days we all now know and understand Facebook and its younger sibling Twitter®. I doubt that there is hardly anyone reading this that doesn’t have at least one page on one or both of these services. In fact, you are almost certainly reading this article because you have followed a link posted onto one of the two social media giants. There is a third social media giant YouTube® primarily for the sharing of video. Yes, of course there are dozens of lesser social media sites each with its own little twist and unique selling point - Flickr® and Instagram® for your pictures, LinkedIn® for those who think they are intellectually a cut above Facebook and Google+® for people with not many friends; but it’s the big three - Facebook, Twitter and YouTube were all the real power and influence lies. Can you really exist without your thousands of Facebook friends and the hourly Twitter Updates? From your hundreds of followers? Can your paranormal group function without its social media? No, of course not and neither can I nor Para. Science the group I help to run.

But what has this revolution in social done for ghost investigation? These days when someone decides to form a paranormal investigation group they rarely, if ever begin by researching and investigating some interesting haunted location as a group. No, they are much more likely to start off (once they come up with a name) by designing their Facebook page, setting up their YouTube channel and then their Twitter account. They announce to the World that they exist and beg for ‘likes’ or ‘follows’ in order to establish them in a World bursting with other paranormal teams all doing the same.

This isn’t in itself a bad thing because quite simply they are responding to the pressure, the expectation that in order to be a paranormal investigator they have to do these things. They have to say something and they have to constantly feed that expectation with endless new information in the form of titbits and trailers for their investigations. They also use the social media to seek out cases to investigate, advertising for people with haunted houses to get in touch if they want a serious and scientific investigation to be carried out.

Nowadays groups rarely just set-off to investigate an interesting location alone either, social media has allowed them to share the cost and their new found knowledge and expertise with others - at a price, they set up events and investigations, promoting them to those willing to pay by the same social media channels.

Regardless of if they are taking unsuspecting members of the public or simply members of their own happy band the World is informed days, often weeks in advance of their ‘exciting plans’ new experiments and more often than not the location too. These posts are usually met with lots of likes and comments from team members “Can’t Wait”... or those who would love to go “Can I come?” but the majority are from those who obviously won’t be going as they live hundreds of miles “Sorry, would love to come but I live in the Outer Hebrides”; those who have been to the location before with another group “Great location, I got touched by a shadow person on the stairs” and those who desire to share the fact that they too are out ghost hunting that same night “Would love to come but I’m running a charity ghost hunt at The Tower of London”. However, the majority of responses are from the mindless herd who click ‘Like’ to everything!! As the big day draws nearer, the team posts regular reminders ostensibly for those attending or offering the last few places because of a cancellation “Inbox me or DM me if interested” but also they are neat ways of letting everyone know that you’re going ghost hunting on Saturday.

Come the night of the ghost hunt - it’s always at night by the way, one or two of the more socially media savvy groups have now mastered the art of posting a constant stream of Tweets and Status updates as the event unfolds but these “Lots of EVP’s in the great hall” and “About to begin the table tipping experiment” posts are still comparatively rare compared to that surge of posts and tweets that takes place from between 3am to 6am as people wander they’re way home, remembering to let the sleeping world know what a great time they had, how much activity took place and that they can’t wait to get back to analyse their amazing evidence! All is usually quiet till late morning on the social channels, no doubt as the ghost hunters sleep off their exertions or those who can manage on a ten minute cat nap get on with the work of uploading the various group pictures, orb pictures and assorted other blurry and nondescript images to their Facebook page, thoughtfully highlighting with a red circle the place where their followers need to look to see for themselves the astounding evidence of a paranormal encounter. Videos are edited and uploaded to YouTube and EVP’s also analysed and uploaded, together with a suitable transcript explaining what was said by the discarnate entity who popped by, usually to inform the ghost hunters of their torment or that they should leave….. Although rarely as politely as that.

Most groups have realised that this is a great opportunity to request comments asking others what they think of the ‘evidence’. This is a fantastic chance too for the group to create an impression that they are being objective and seeking peer review and also a great way of ensuring that they continue to maintain their social presence. But woe betides anyone who dares question these evidential gems or challenge the methods or equipment.

Such people are clearly only spoiling for a fight. The initial response is usually to reassure the questioner that the investigators have of course examined every possibility in the four hours between obtaining the evidence and editing and presenting it to their followers. “Nobody was in the room when the picture was taken” and “We know that most orbs are dust but this one only appeared on one of the two pictures in the sequence”. Should the idiot posing the question persist then that is when things can get a bit tricky as other members of the team or a passing follower jumps in to add their supportive comments and often as not some well-aimed reminder that “There are no experts in the paranormal” so what does the questioner know anyway?

This is the point at which most sensible people will cease to question the evidence and simply accept it as representing proof of some unexplained and paranormal experience and evidence of an interactive afterlife….. Yet there are those who persist or attempt to answer the points raised by the comments…. This usually ends badly for the questioner as they will either begin to feel the pressure of countless supportive posts or if they foolishly struggle and continue to challenge they may find themselves blocked, their comments deleted and get to miss the further commentary and status posts aimed at ensuring they are persona-non-grata.

Sometimes, in fact frequently, social media erupts into a form of modern electronic warfare using words, posts and status updates between teams and individuals as they squabble and fight between themselves. I wonder what happened to those Halcyon days (and ok, nights) when a ghost hunter could visit a location without anyone but the team, family and of course the location knowing, spend hours, weeks even months conducting their investigation with absolutely no pressure to say anything to anyone or do anything except the investigation. The various strands of evidence, the measurements, the footage and the pictures could be gone over carefully and without rushing to get in uploaded to YouTube the same day and the skills necessary allowed to develop over time without the glare of public scrutiny.

I’m pleased Zuckerberg hadn’t thought of Facebook, actually I don’t think he had been born when I started to look for ghosts. I am happy that wrote down all my investigation reports using either a pen or a typewriter (it was electronic, I’m not a Luddite!) and I loved having to wait for pictures (and negatives) to come back from being developed and sitting through hours of footage on a VHS player not because I am anti-social media - God knows I’m on it enough! But because nobody cared

What I was doing and therefore there was nobody I felt under pressure to inform. I was able to get on with just being a ghost hunter and investigating ghosts…....