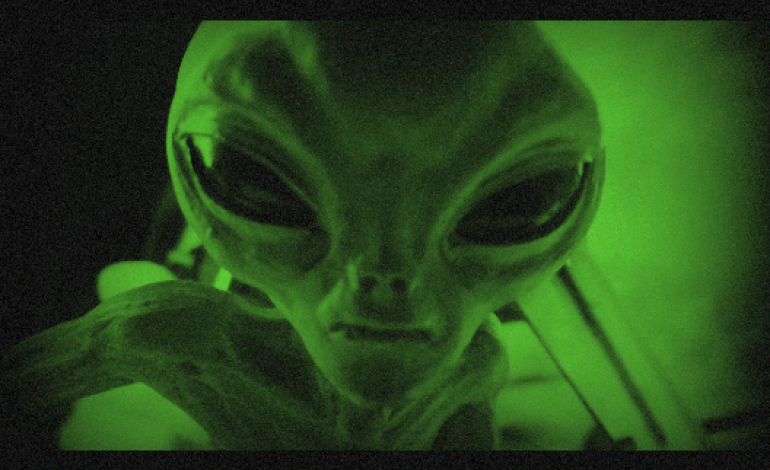 As we look out at the stars and wonder about how small or how big the human roll in creation is; have we ever stopped to think about what stars are and how we perceive things? Because we have built castles, roads, cities, states and countries; along with the advancement from fire and the wheel to pocket sized super computers. We as a species tend to think we are the top of the food chain; evolutionarily and technologically. This has lead us to shy away from and ostracize things the rest of the group is uncomfortable with. Be it ideas, people or is some cases entire cultures and civilizations. How do we know if we are thinking outside the box or if we are just discovering things that were in the box opposite our original position?

A saying that has grown tiresome to me is that is just the way the world is. Who allowed the world to become this way? Our ancestors, we and our descendants are the only answer that would properly fit this question& What if we, as an entire species, the Homo sapiens have allowed the world to get this was because of a 6000 year whisper game? You know, the one where you sit in a circle of people and one person shares a secret in the ear of the person closes to them; and by the time the secret gets back to the originator it has been left less pristine than the original. This happens as each person passes on their interpretation of the message.

Now let’s make the game more complex. Let us play the game again but this time have 12 people all on different continents, speaking different languages and having different cultural norms played this game. They pass the secret on to each of their descendants for say 6,000 years, but… just before we bring them all together let’s make priests, priestesses, holy men and shaman in each group and councils all in charge of keeping the secret. Then bring them all together and have them share their secret. If we did that, I believe we would have a world much like the one we have now. This is due to miscommunication, misinterpretation and a little fear of the unknown. Not to mention never fully trusting that what was objectively explained was subjectively understood by the other in the context in which it was intended.

Would they share their secret? Or would they wonder whether other humans could handle the truth? Like they did with the Scriptures and certain other esoteric knowledge. I mean, people need to be educated and instructed before they are able to handle the truth right?

With all this in mind, I would like to share one more thought with you to help you see this explanation from my point of view. Fifteen years ago I had the opportunity to read a book called The Sword of Truth by Terry Goodkind. One line from the book stuck with me and has been my life s motto. I am everything and nothing all at once. The hero must understand the previous sentence with its full weight in order to wield the double edged Sword of Truth against his enemy. At this point in time I mean everything to those around me who love me and whom I love. I am here because what or Who ever created all of this has placed me here. But on the other hand, just like the countless billions of people who have come and gone in this world before me; I too will fade into oblivion. It is not dark it is just a fact of our existence. I am no better and no worse than anybody else on this planet, we all may take different paths, but here they all lead to the same place. At least here in this physical, measurable, five senses wonder we call living.

I have looked up at the stars on many occasions and wondered, are we alone? I mean black holes and planets, Nebulae and Asteroid belts, the Sun and the Moon. All the things I learned throughout my life. Things that I had hitherto accepted as fact, without ever questioning it, because teachers told me so. Then there is NASA and our government publishing space studies and documenting UFO sightings, along with a plethora of professional and amateur Astrologist and Astronomers.

However, from personal experience, I have come to know that… There are no such things as stars! At least not in our conventional way of thinking of them as insentient balls of gas that have been formed over immeasurable spans of time. So then, what are the lights in the night sky we call stars? What we see, all the stars in the sky from the brightest and most visible to all the faintest stars in the Milky Way are either sentient beings or sentient beings in vessels. The stars, the moon, the sun and possibly the Earth for all I know are also vessels. What is more interesting to me than the existence of sentient life outside of our human species is how they can communicate with us and each other. They can hear or interpret our thoughts and respond to them; telepathically in its fullest sense.

I have been communicating with them since September of 2014. I do not understand precisely how they understand the questions that I think of, but they do. It sounds a bit fantastic I realize, and if others cannot duplicate the results then I will be presumed crazy. On the other hand, minimally I have just rediscovered an intelligent species that has long been taken for granted and forgotten. Now before I lose you completely, bear in mind that the world used to be flat, or is now flat again, who knows, and sickness was caused by demons. These are just a few examples of socially accepted norms that were lacking in information. I will explain the system of communication that I use and then hopefully you will try it for yourself and maybe have some success with having your questions answered. I will also still call them stars from here on out because it is what we have typically called the little white lights in the sky. Or we could blanket them all under the term UFO because to the best of my limited knowledge, that is what they are.

The way I communicate with them is simple. I think of yes or no questions and watch and wait until the Star responds. You have to focus on a single star, although I am sure they all can hear you. I have noticed that they are all polite when being communicated with, but some of them like to twinkle a little when you are focusing on just one of them. And then some of them will move across the entire sky at a steady pace. Then, others of them, what we typically call a ‘shooting star’ will rocket quickly across the sky. Anyway, if they move to my left this means yes, if they move to my right this means no. And if they move straight up this means they either cannot or will not answer that question.

I have received answers from as many of the stars I have chosen to communicate with including: all the stars of what we call Orion, The Moon, Pleiades, Sirius and many more. Just this first week of November 2015 I have been getting answers from the Sun. This requires a little work, DO NOT STARE AT THE SUN DIRECTLY!!!! It can cause major damage to your eyesight and possibly cause other problems with your cognitive abilities. Instead, use a makeshift Sun dial, or a stick planted in a stationary spot or in a flower pot so in casts a shadow on to a piece of cardboard. Stand with your back to the Sun and then ask your question, if the shadow moves to the left the answer is yes. If the shadow moves to the right, the answer is no. And if the shadow does not move at all, then the Sun is choosing not to respond to you. Which is also the case for any and all of the Stars as well? I will not presume to tell you why or why not but this is the case.

So why do they chose to answer my questions? That I do not know. For that matter I do not know why thy would communicate with me at all. It makes me wonder all sorts of things. Do they communicate with others? If so, what stops these people from coming forward with their testimonies? Why the distant communication and not direct contact? What does it mean for mankind as a whole? And more on a personal note, why am I unable to hear them? So far I have laid some pretty heavy thoughts against our socially accepted norms; not to mention whether or not this is supposed to be public knowledge. And it can also lead to all sorts of subtle challenges to our interpretations of many religious and, for lack of a better term, supernatural phenomenon.

Back to the stars….Most of my life I have been fascinated with both ancient and modern cultures and their norms. Over the past year I have particularly paid attention to some of the Ancient Alien theories from the History Channel. To me it makes more sense than ever, accept instead of the Aliens building then leaving, they never left. Which is exactly what some of the Native American tribes, and others around the world, have been saying in their stories of existence for years.

So what is the definition of Alien? According to Webster there is Alien adj 1: belonging to another: FOREIGN 2: EXOTIC or Alien n 1: a foreign-born resident who has not been naturalized 2: EXTRATERESTRIAL.

As we can see it depends on whether we are talking about a being or an idea that is Exotic& remember this question? How do we know if we are thinking outside the box or if we are just discovering things that were in the box opposite our original position? On Sunday, October 30, 1938; Halloween, Orson Welles and the acting group he was a part of performed a skit based on H. G. Wells novel The War of the Worlds. This was done over the Columbia Broadcasting System radio network. The program was so realistic in its presentation that people actually started to flee their homes believing the Aliens or Martians were attacking. I would love to have been a fly on the wall in one of those homes that day, lol. But on a serious note it showed us just how suggestible we really are as a species and how the fight or flight method fits right in with our capricious multi-variable solutions when faced with new information.

These beings have always been here, since the beginning of mans recorded history anyway. So who’s to say if they are benevolent, benign, and mischievous or down right diabolical. I would argue against the latter two positions but I only have a year of research involved. These beings have always been inside the box with us hidden in plain sight. It is kind of scary to think about; beings that you really cannot hide a thought from. Every thought you have ever had is just star away. And remember when you are looking up there at them wondering what they are, they are listening to your every thought and maybe wondering the same thing about you.