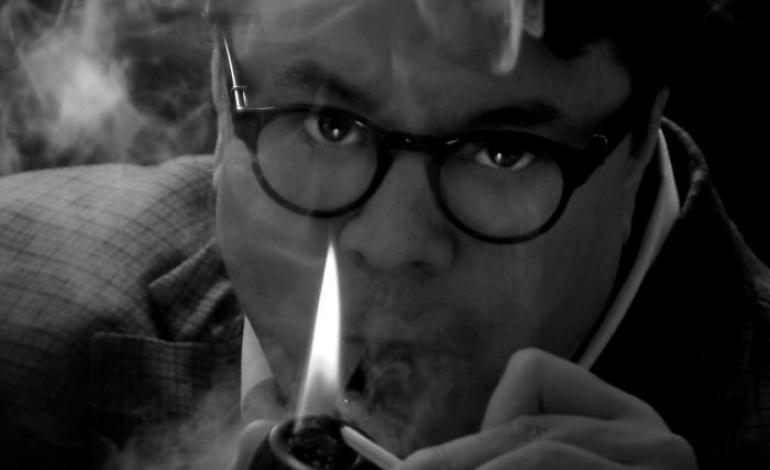 Night-time has historically been associated with the paranormal. From horror movies to the modern day ghost hunt, it is under the cover of darkness that the lines between the otherworldly and the physical plane seem to become blurred. Thus, it is somewhat appropriate, given this legacy of nocturnal enigma, that the earliest hours of the morning, when the moon is still high in the sky, sees Coast to Coast AM take to the airwaves. For the past two decades, this rather unusual program has remained among the most popular late-night radio shows in the United States, syndicated across the country, featured on Sirius XM satellite radio, and enjoyed by listeners around the world via the internet.

The secret in Coast to Coast AM’s success lies largely in the fact that it’s so innovative and has introduced thousands to the esoteric, the supernatural, and the anomalous by exploring all manner of strangeness over the years. Not only was it the first contemporary show to successfully tread into such controversial territory, it remains one of very few to do so with mainstream appeal. It would be difficult to over-state its tremendous cultural influence. For example, Art Bell, the show’s creator, is widely credited with popularizing “Shadow People,” dark entities that were largely unheard of before Coast’s terrified listeners called in to share their personal encounters with such creatures.

Indeed, that wouldn’t be the first nor the last time the show impacted the world of psychical research; from hauntings to vampires, time travel to inter-dimensional beings, there really wasn’t any subject that was taboo for Bell’s audience, which revelled in hearing fringe topics on a nightly basis. It’s been that way since the program first debuted, hosted from Bell’s own home in the middle of the Nevada desert, way back in early 1990s. That seems like ancient history now, but the show has remained on air since, and though its founder retired from the business, handing the reigns to former Nighthawk host George Noory, at its core, unconventionality is still the supreme law of Coast, guaranteeing the hours just before sunrise remain among the spookiest in radio.

It was during the late-1990s that Ian Punnett was added to Coast to Coast AM roster as a guest host, a decision that likely stemmed from a desire to keep on-air politicking at a minimum. This was the height of the Clinton Administration’s varied scandals and the radio world was awash with criticism of the White House (Bell himself aligned somewhat with the Libertarian Party around this time). Punnett, in contrast to the Right-wingers on many AM stations, was somewhat a-political, interested in government and Washington, but willing to broaden the discussion and focus on the more mystical aspects of Coast’s repertoire. “One of the reasons why they wanted me to do Coast to Coast was because I was taking a very different approach to the material than some of the people who had been filling in for Art,” Punnett said. “Back in the early days, when Art took the rare night off, and he did not take many nights off, he would have one of his friends, radio colleagues, or someone from one of his clubs fill in…some of them were very good…but the company didn’t always feel like it had the right sound.”

He was perfect behind the microphone. Punnett wasn’t offensive, abrasive, or polarizing, but was articulate, well versed, and witty, winning traits for a show where anyone can call in about anything without any warning. In a typical night of open-lines it isn’t unusual to transition from a call of a crypto zoological nature, say the Loch Ness Monster or Bigfoot, to one critiquing a political issue, like the Federal Reserve’s monetary policy, without any real transition, so it’s imperative to be able to adapt to changes in direction at a moment’s notice. He could do so, and eventually became the regular weekend host, earning the much-coveted titular billing (Coast to Coast AM with Ian Punnett).

Adding to his unique flair, Punnett became a deacon in the Episcopal Church, meaning he had the distinct honour of being among very few clergy addressing issues like Bigfoot and ancient grimoires in an unbiased manner on a nationally syndicated radio program. Of course, there may have been a reason for that, and one must wonder whether he ever questioned if Coast’s mystical subject matter was at odds with his own Christian faith? “It’s a show about being open-minded and considering what possibilities exists,” said Punnett. “It’s fairly consistent, actually, with theology. They may not always come to the same conclusions, but this is a key fact, because I think in a way Coast to Coast is agnostic…the show never says: ‘absolutely, for certain, this is the story.’ What it says, consistently, is ‘this could be the story.’” He further emphasized: “The beauty of that show has always been that it takes the position of ‘what if’ not ‘what is.’”

That said, Coast to Coast AM is a program that has featured episodes on all matter of sinister topics—serial killers, the devil, monsters, and other wickedness. Sure, these never comprised the bulk of features, but they were certainly in the line-up. How did the Episcopal Deacon reconcile these macabre topics with his spiritual calling? By exercising his own creative control and featuring only those guests whom he believed had something viable to add to the discussion. “I wasn’t ever forced to do anything,” he said. “Generally speaking, I always did the shows I wanted to do. If I did a show about the occult, it was because I found that author to be credible or found that author to be saying something that I could be in conversation with. I would approach it from the standpoint of somebody who is just a learner, trying to understand.”

Punnett believed a healthy conversation didn’t include the doom and gloom that has come to characterize AM radio in the United States, a position that often irked some of his audience members they would get mad at me because I would restrain, sometimes, the guest’s impulses,” he said. “Whether that guest’s impulses were to give away a phone number every six minutes or try to keep hawking some deal they had going on. Or when guests came on and they were going to, in my opinion, abuse the audience by being a fear monger. I never stood for that; I hated that. I believe in suspense and loved to have a guest who could tell an amazing story that kind of gave me the willies, but I just did not believe in scaring people into buying a book or making them feel like there was nothing worth living for. That was a very important principal for me that often put me at odds with a few very vocal members of the audience. In that way, I stood by the Art Bell tradition. I was the gatekeeper and I took that role very seriously.”

But what exactly does Punnett himself think about these matters, the ghosts, aliens, and Sasquatch creatures of the world? Is he a believer or sceptic? The host himself deliberately never endorsed one theory or another while on air, feeling that his purpose was to be more of a medium for public exploration, presenting a variety of topics to be analysed, rather than a tool by which to endorse one world view over another. In other-words, every guest was allowed on air without having to worry about any pre-conceived bias on the host’s part, which allowed for the formation of a diverse pool of potential guests.

During his time with Coast, Punnett interviewed all kinds of individuals. In one of the more memorable segments, he spoke at great length with an individual known only by the pseudonym “Simon.” An alleged Eastern Orthodox priest, “Simon” was the editor of the legendary Necronomicon, the most famous spell-book in modern history and a perennial point of contention. Embraced as legitimate by some and dismissed as a hoax by others, the text fast became a best seller, available at bookstores around the world. At the time of the Coast interview, the mysterious magician had just published Dead Names: the Dark History of the Necronomicon, a semi-autobiographical text that outlined how a New York City priest came into possession of an ancient Lovecraft Ian text. Critics were sceptical, and Punnett won’t divulge who he thinks was on the other end of the telephone that night in 2006, though the Deacon remains confident that “Simon” appeared on the program previously (using his true identity).

How does Punnett know this? “Because the person used similar vocabulary and because they insisted on having their voice obscured, I thought for sure that would be because they knew I would recognize the timbre of the voice, but it was actually the way in which they paused and structured their sentences that lead me to believe I could point to who it was.” Punnett safeguards “Simon’s” identity, but he is also particularly careful when it comes to giving anything, supernatural or otherwise, the seal of his “belief.” When asked his views on the Shadow People phenomena, he explained himself as such: “I don’t think I have ever quite understood the difference between shadow people and ghosts,” he said. “Believe is really never the word for me. That’s to me a very separate concept; what I believe in. This is my comfort zone; I will think about anything, but I reserve belief for a much shorter list of things. I will think about shadow people, ghosts, UFOs, any of these things, because people whom I consider credible and who seemed to me to have their wits about them claim to have experienced them. I’ll give them the benefit of the doubt, but whether I believe in them…I will not use the “b” word for many things other than my religious beliefs.”

Tinnitus ended Ian Punnett’s stint with Coast to Coast in 2013; it was simply too difficult to deal with the constant noise, the headphones, and the ungodly hours. So what’s next for the man with the collar? While he has retired from radio, and while he hopes to someday help other on-air personalities hone their skills, his days behind the microphone seem to be over. There are, however, good things on the horizon, particularly in the world of academia, as Punnett is currently working towards a Ph.D. at the Walter Cronkite School of Journalism and Mass Communication at the University in Phoenix, Arizona. Of course, whatever comes, he will always remember his time with Coast to Coast and what made the show so special. “I had a rule: I was always driving,” he said. “The guests were these wonderful people that we picked up hitchhiking, who essentially sang for their supper, and they entertained me as a driver in this long trip across the country with these amazing stories, which in the middle of the night was better than anything you could have heard on a music station. So they told their stories and then we got to their destination and let them out. That was Coast to Coast.”